Browse: Home / The Granddaddy of Them All

I talked last week about tradition, and this is another one of mine. It is New Year’s Day, and I’m watching the Rose Parade. I have almost every year of my life. Once, in junior high, I watched from a friend’s window on the parade route. Twice, in high school, I camped on the parade route—a rite of passage if you’re from back home—and my senior year, my mom somehow had grandstand seats and took me. Because, you see, I’m originally from Altadena, California; the house I grew up in was just a couple of blocks north of the Altadena-Pasadena border, and I went to high school in Pasadena.

The Tournament of Roses Parade, as it officially is, started 130 years ago. The Valley Hunt Club of Pasadena wanted to show off the fact that Pasadena, on the first of January, was still full of flowers and oranges and so forth. The parade was originally, in 1890, followed by foot races, polo, and tug-of-war. In years after, it would be followed by chariot races, a race between an ostrich and an elephant (the elephant won), bronco busting, and, in 1902, a football game. The next time there was a football game was 1916, at which point it became an annual tradition, moving into the newly opened Rose Bowl stadium in 1923. The game is named for the parade, not the other way around.

I grew up watching Bob Eubanks and Stephanie Edwards. Every year. Channel 5 in LA was the station everyone I knew watched it on, if they were parade-watchers—it was without commercial interruptions, and they had the most interesting information. You could see the bands and the equestrian groups. This was what I got into. I wouldn’t know an actual strawflower if it bit me, but I know what it looks like on a float.

The question, I suppose, is why I still care. Why do so many people around the world care? There’s a band that I think of as the Japanese Dancing Band, a marching band that comes literally all the way from Japan. How much must that cost? And while having a float in the parade is presumably good marketing for, say, Honda, who sponsors the parade these days, and I suppose the Lutherans must assume they get some converts out of it, the school bands and the community floats seem to be more out of altruism. How much tourism does Sierra Madre get out of having a float every year?

Yes, all right, for me, there’s probably a ton of childhood nostalgia involved. I never tried out to be a Rose Princess—it just didn’t feel like something I cared enough to do—but I had a Rose Princess as a camp counselor one year. Another friend from that same camp has been in something like thirty-one parades now, starting as a herald trumpeter, I believe, and now one of the directors of Tournament Band, the official band of the parade. He even directed the band entirely a couple of years ago, when the regular director wasn’t there for some reason.

That said, I also just genuinely like it. Not all of it, you understand. I would really, really like them to stop letting the Salvation Army march in the parade. I believe it’s a violation of what the Tournament of Roses in theory stands for. They braved protests a few years back and let a gay couple get married on a float, before it was legal nationwide, and that’s pretty impressive. And yet there’s the Salvation Army again, and tradition isn’t enough of an answer to me. But that’s the thing; the Tournament puts special emphasis on things like community and diversity, and there’s the Salvation Army, literally tramping on it.

But the floats are lovely, and the bands are impressive, and, hey, Carson from the original Queer Eye is in one of the equestrian groups every year now, for some reason wearing a Papal crown this year, because why not? (His group was wearing Medieval costume.) You get a bunch of historians dressed as Buffalo Soldiers, even. And if the guy replacing Bob Eubanks is so annoying I can never remember his name, well, Leeza Gibbons is doing well as a replacement for Stephanie Edwards. So I watched this year, and tradition continues.

Maybe start a tradition of contributing to my Patreon or Ko-fi? 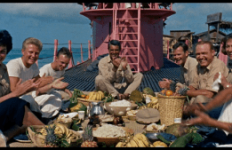 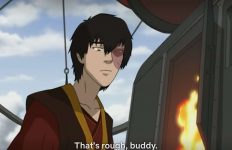 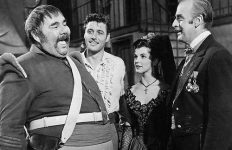