Browse: Home / The Solute Book Club: CLAY’S ARK and Some Notes on Genre

Octavia E. Butler wrote a dozen novels and numerous short stories but is probably best known for Kindred, a standalone book, and Parable of the Sower and Parable of the Talents, intended as the beginning of the six-book Earthseed cycle until writer’s block and then Butler’s death in 2005 foreclosed on further work. Kindred and the Parable books deal with themes Butler spent her life writing about but have little in common story-wise, but they do fit a certain pattern of what mainstream fiction will accept of its speculative sibling.

Kindred is set into motion when Black woman Dana and her white partner Kevin are suddenly and repeatedly sent back in time from the then-contemporary 1976 Los Angeles to a slaveholding land in early 19th Century Maryland; Dana ultimately realizes she has been placed in her ancestors’ own past. The speculative element of time travel is never explained (nor does it need to be), it might as well be magic. The Parable books largely follow the young Black woman Laura Olamina in the year 2024 and beyond, a period well in the future when Butler wrote the stories in the 1990s. Olamina’s world can roughly be described as pre-post-apocalyptic – the U.S. is falling apart but has not deteriorated into total anarchy, things suck but people with money can escape the consequences. The speculative elements are relatively mild and today widely realized; Butler in the 90s predicts a more powerful internet, a more immersive entertainment apparatus, more vicious designer drugs and an explicitly revanchist political movement promising to “make America great again.” Her biggest stretch is how her heroine and a few other characters have a psychosomatic empathic affliction – due to their parents’ use of those heavier drugs, they are compelled to feel what those closest to them feel, whether it’s pain or pleasure. Like Kindred’s time travel, this is largely accepted as fact as opposed to explained and extrapolated in the manner of hard sci-fi.

Leaving aside Butler’s style and subject matter, which I hope we’ll get into later, I think there is something to unpack here. Literary critics often appreciate genre for its metaphors instead of on its own merits, and while the three books mentioned here are exemplary fiction, speculative or otherwise, they fit into constructs of oppression – U.S. slavery, a dystopian near-future – that are more easy to comprehend* on a literary realist level. And they are easier to discuss in a literary way, my copies of all three books are in later editions that come with book club guides in the back. Butler was a ferociously independent writer who was not trying to game the system, but I think she would recognize the system that exists and elevates books that fit its narrow preconceptions even if the stories themselves are not narrow at all. That did not stop her from writing beyond those perceptions, though

So where does that leave Clay’s Ark? Its story involves not just a similar Mad Max vibe to the Parable books but explicit aliens and superhuman powers. If it is not hard sci-fi in its explanations it is not the New York Times-friendly dip into the shallow end of the speculative pool. And it is the fourth or fifth book (Butler has apparently disowned one of the stories, at least as a part of the larger continuum) in a set of linked novels, aka part of that most genre-ghettoed classification, the series. Each novel has been reprinted individually at this point but folks trying to find copies should also search for the Seed to Harvest compilation.

And they should read the other books too! Clay’s Ark was the last book Butler published in the series but it is not the final part of the story’s chronology. If you have read the other books Clay’s Ark has connections to them; I read this for the first time with no context whatsoever and was captivated, galvanized, shocked. Revisiting it now, it reminds me of a certain cop show, where everyone has their reasons and the power balance can shift without warning. And that might be the most genre-specific signifier of all, how this is a slim book that wastes no time launching its story and then letting that story build out of decisions that can’t be revoked, just dealt with in Butler’s clear, unadorned but precise prose. No time for meanderings or other “literary” pursuits. Like all of Butler’s work that I have read, this is a book about how you will act and be acted upon when confronted with change, whether you were looking for it or not. See you on the other side.

*One of Butler’s greatest strengths as a writer is how she conveys how ill-equipped her characters are to initially comprehend the power imbalances she charts, not because those characters are dull-witted but because full understanding requires a radical change in preconceptions if it is even possible and in any case always comes with a price.

The Solute Book Club: easy to join! Just read Clay’s Ark by Octavia E. Butler during the month of July and join us for an article kicking off a discussion on July 29th! 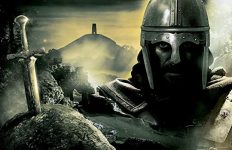