Browse: Home / True Crime: Streets Of LA and the Art of Following the Leader

Some works can be considered pioneers, inventing – or at least popularising and codifying – certain elements, ideas, and modes of thinking. Some works can be considered triumphant deaths, pushing those ideas and modes to their logical conclusion. True Crime: Streets Of LA is one of the works that come in the middle – what Abraham Lincoln would call the kind of thing you’d like if this is the kind of thing you like. In the early 2000’s, the Grand Theft Auto series was the pioneer and the cool kid starting with the third game, merging the city-based car driving controls of a game like Driver with a simple third person shooter and setting it in what is now known as an ‘open world’ – in which the player can move freely around a larger world as opposed to moving through linear corridors as was standard up until then. The appeal of open world gameplay in general is in feeling like an explorer in a living world, and Rockstar North (known as DMA Design before rebranding after Grand Theft Auto III) filled their city with secrets, easter eggs, funny gags, and a whole lot of crime movie tropes that would give the players free reign to indulge their violent, nihilistic, Looney Tunes-esque fantasies. In a general sense, games started trying to deliver open worlds filled with strange details, but there was also a wave of ‘GTA ripoffs’ that were crime shooters specifically trying to deliver the Grand Theft Auto experience in much the same way the Seventies saw a wave of Star Wars ripoffs, the Eighties saw a wave of Halloween ripoffs, and the Nineties saw a wave of Tarantino ripoffs.

Most people of the time really did recognise that the appeal of Grand Theft Auto was its kitchen sink approach – a shooter and a driving simulator and a flight simulator with pistols and assault rifles and baseball bats and grenades and rocket launchers and giant dildo sticks – but very few recognised that they lacked Rockstar’s creative resources and consequently so many games were simply Grand Theft Auto but not as good. True Crime: Streets Of LA was above average because it not only recognised the appeal of GTA, it found ideas that deliver much the same experience but with a distinct identity. Its central advertising point was that it’s GTA but you play as a cop rather than a criminal, so it has a bunch of basic gameplay differences – when travelling around the open world, for example, you can respond to calls on the police scanner – but it also had a whole bunch of other high concepts going on. On top of the shooting/driving gameplay is a martial arts fighting system. As the name implies, the open world was a detailed recreation of the city of Los Angeles. Unlike GTA, the story was divided into levels; five ‘episodes’ with five or six ‘missions’ within each episode, with some missions being truly ‘open world’ and simply asking you to get from one point to another, some being specific goals to complete across the world (e.g. tailing a suspect or racing against time to get somewhere), and some being linear corridor sections set within buildings. There’s also an RPG-like element in how one upgrades their martial arts moves, their default car, and their standard pistols.

Unfortunately, the game was also a product of its time in how it often fails to live up to its own ambitions. The game tracks ‘good cop/bad cop’ points – Good Cop behaviour involves things like arrests and non-lethal takedowns while Bad Cop behaviour involves murder and more murder – and one’s Good Cop/Bad Cop points are connected with the kind of ending one gets. Unfortunately, the game doesn’t live up to the cool Choose-Your-Own-Adventure story implied by that – I know this sounds bad coming from a 2020 leftist, but my expectation is that deliberately chasing Bad Cop points will net you a gnarlier ending and chasing Good Cop points will get you a nicer one. What actually happens is that if you fail to collect enough Good Cop points, you end up diverted to a lesser ending, and you need to keep gaining Good Cop points in order to get the best ending in which you discover the full extent of the conspiracy you stumble across. It makes Good Cop/Bad Cop a test of skill rather than character, which is an infinitely less interesting way to frame multiple endings. It’s especially frustrating because the second-best ending, in which our hero’s brother is killed by the villains rather than saved, owns the hardest and turns the game into a lurid revenge thriller.

The story is also a complete mess, although – and this reflects my nostalgia for the era of games in general – it’s an endearing mess of way too many ideas that don’t fully fit together. The story is a mishmash of cliches from Hollywood martial arts and cop thriller films of the Nineties, in which protagonist Nick Kang is brought out of suspension to break a case involving a series of bombing in Chinatown; not only does the solution involve the Russian mafia and Chinese Triads coming together to launder money for a North Korean general, over the course of your investigation, you fight through a horde of Chinese zombie chefs, a demon, and a fucking dragon to meet the ancient immortal ghost-like leader of the Triads, Ancient Wu, and he ends up becoming an irregular contact. My recollection of the sixth generation of video games – starting in 1998 with the release of the Dreamcast and ending in 2005 with the release of the Xbox 360 – is that it was a time of joyful experimentation, when technology and budgets for 3D games had advanced to the point where cutscenes could resemble Hollywood movies and your average team could program a smoother gameplay experience, and that confidence – combined with the profound effect of GTA – could lead AAA developers to gleefully throw spaghetti at the wall.

This is an era that has passed us by, for the most part – gameplay is sleeker and better than ever, but as both the budgets and commercial success have ballooned and incredibly shady but profitable business practices have become firmly entrenched, AAA developer’s creative choices have become more and more conservative. There’ll always be good games and bad games, of course, and perhaps my perspective is affected by the fact that I’m not a wide-eyed teenager anymore, but it seems to me that mainstream gaming has, for the most part, moved away from the gleeful combination of ideas for more polished experiences that replicate the most successful elements of the past. Even indie games, the most reliable source of creative gaming experiences, tend to have one wildly creative idea supported by other solid but unremarkable ideas, and they tend to be extremely tonally conservative and lack the wacky clashing tones of my favourite games as a kid.

True Crime: Streets of LA reflects a time when developers were expected to absolutely bury us under ideas. Obviously, I have a personal emotional attachment to that specific idea; I love the weird combination of nerd and punk rock it implies, the gleeful way it pushes down a strange and difficult path to find things nobody has ever found before. But I’m also fascinated at the broader archetype of a work or artist that does the things you’re supposed to do. I can, of course, be frustrated by works that lazily recreate the imagery of the past with little understanding of why the past was entertaining, but I also know that not everyone can be a pioneer; one of the funny things about American culture is that it venerates and idolises people who fought tooth and nail to be in charge of everyone else by being smarter and a more original thinker. To my eye, this makes a weaker society, because you’ve got everyone wanting to be the guy in charge and nobody wanting to be the guy who just gets up and makes sure the trains run on time. A healthy society has people who question the status quo and the principles that society is based upon, but it also needs to function, and to do that it needs to romanticise the people who make it function, and that’s as true for an artistic movement as it is for anything else. True Crime isn’t the best ‘soldier’ for the GTA Clone movement – that goes to Saints Row, which took the ideas of Grand Theft Auto and polished them to a mirror sheen – but it does make me ponder the concept. 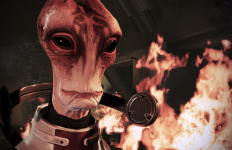 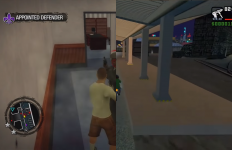 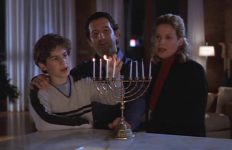