Epilogue: The Next Mourning 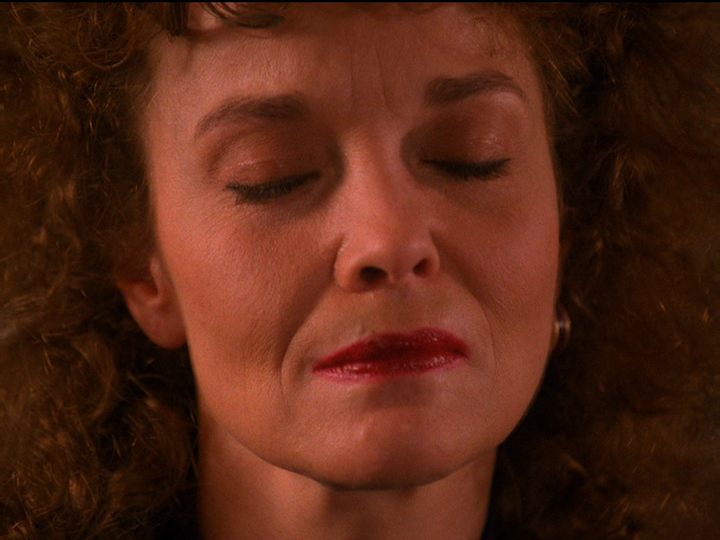 This is the first episode that hasn’t run contiguously with the episodes before it. Each episode has either been the next day or the same day from the previous episode. With Laura’s story finally told, we can mourn her passing. If you watched Leland’s Demise and Fire Walk With Me back to back, you’re probably in need of some time to process.

Over the course of the past 19 days, Sarah Palmer has lost her niece, her husband, and her only child in rapid succession. She discovered that her husband had been raping her child for 6-7 years, and he murdered both her child and her niece. How does one even begin to process that? Cooper tells her that it wasn’t Leland that was doing all of these horrible things. Or, at least not the Leland that she knew. He was possessed by demons of his own, and they were what drove him to kill. On his death lap, Leland, the Leland she married, mourned his actions and found solace and salvation after seeking the light. He saw Laura and joined her in the afterlife.

Sarah, who insists that she needs to remember all of this, every detail, is finally going without medication. Doc Hayward has been giving her drugs to keep her calm and even keel. This would be an emotionally unstable time for any sane human being. Today, Sarah refused the drugs because she is finally ready to deal with it on her own. She needs to deal with what she allowed under her roof. She needs to move past it and make a life of her own again. 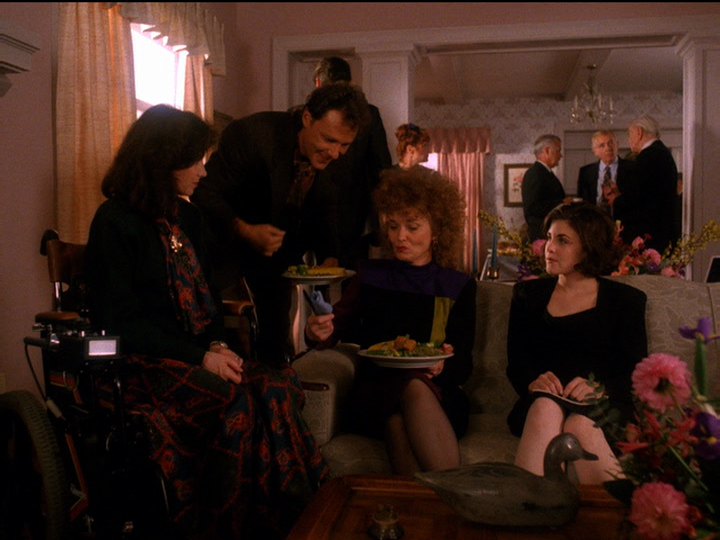 In many traditions all around the world, when we’re ready to mourn the passing of our souls, we feast. We feast to celebrate life, and to gain nourishment for the struggles ahead. There was no town feast in Laura’s honor immediately after she died. Nobody was ready to move on. The mystery overtook the comfort, and all the energy that normally went into making sure Sarah was comforted went into solving the crime (or doing crime of their own). Sure, the Haywards had that strange salon with the Palmers where Leland got up and sang “Get Happy” before passing out, but that wasn’t a proper post-funeral reception.

Today, Laura and Leland get their reception. Sarah is their only living relative in Twin Peaks, WA, but the town comes together to help her and celebrate life in all its drama. Even mean old Hank Jennings makes a plate for Sarah, who is sitting with the Haywards. Of course, there are the usual stories running around: pseudo-Nadine is worried boys will use her shiny black shoes to look up her dress, the brothers Milford (Dougie and Dwayne) start a fight in front of the buffet, Donna mourns James’ leaving her (No. Don’t. Stop. Come back.), etc. It’s the resilience of the town that drives the next part of town. 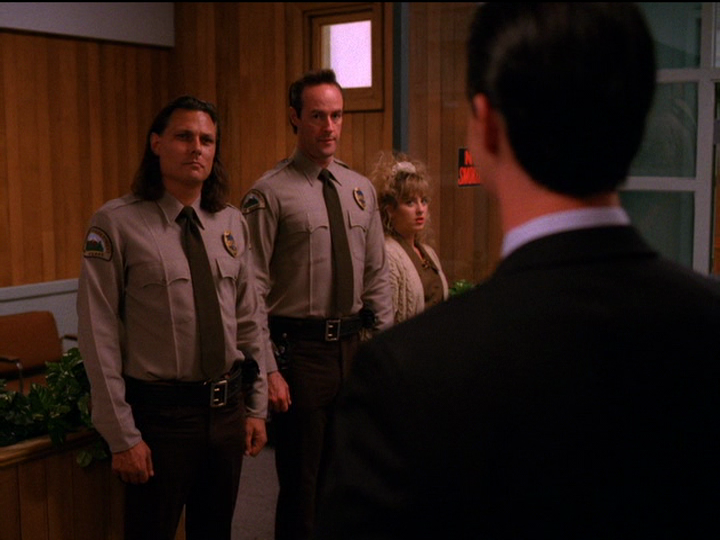 Cooper is packing up, and he’s on his way out of town. He’s going camping with Major Briggs so they can chit chat about supernatural stuff while fishing. We found out that Norma’s mother was really M.T. Wentz and she gave Norma a bad review, thus ending that storyline. Catherine finally reveals herself to the Sheriff, and delivers a cockamamie story about being trapped by flames and making her way to some cabin while she was half crazy and full of fear. Cooper says goodbye to Audrey on his way out of the hotel. Andy and Dick make friends and they’re going to be chums until the baby is born. This is all setting up to be a really great series finale: story lines are ending, Coop is leaving, he’s going to have a series-ending wrap up with the Major, but there are signs that life will continue on past the credits. 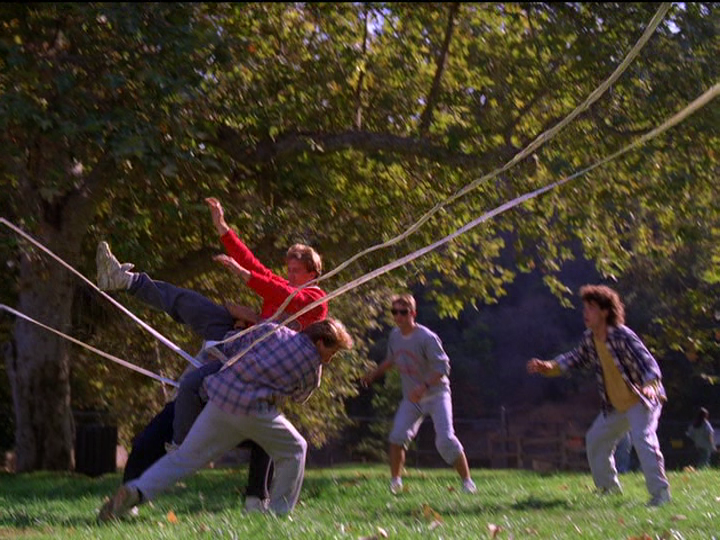 Notice that we’re only on Episode 10 of Season 2? We have another 12 episodes to go. Hell, this wasn’t even the end of the Fall season. There was still another episode to go in December alone. The main story of Twin Peaks, the mystery of Laura Palmer, has been solved. After Maddy’s murder, and Leland’s reveal, the ratings plummeted again back to 12m. So, now what do we do?

First we send Super Nadine to high school to try out for the cheerleading squad. It’s February in Twin Peaks, WA…but sure, they’re trying out for Cheerleading this late in the school year. Whatever. It makes about as much damn sense as Nadine going back to high school and the principal allowing this madness to happen anyways.

Actually, I don’t necessarily mind Super Nadine’s storyline. It has some actually hilarious moments, and its something so strange that I’d never seen anything like it before. But, it’s just dumb. Like, super dumb. Like, pants on head dumb. I actually understand Nadine wanting to go back to high school and relive her life over again. It makes sense. She thought this path was the wrong one, and the wrong path all started back in high school. But, allowing her to actually go back to high school? We’ve exited out of the realm of neo-noir and reality that’s been spiked with spirituality, and we’ve entered crackpot story lines that would be in line with Season 14 of Happy Days or Season 26 of Full House. There’s no real justification for it. The whole purpose is to bed swap without bed swapping. It’s not like Nadine is possessed by a regression demon.

Next up is Bobby Briggs, who is trying to blackmail Ben Horne into giving him a job. But, Ben Horne is losing his mind because he lost the daughter he wanted and his best friend. He’s not ready for Bobby, who has no patience because Shelly needs to get out of the house after having bee out of work for like 5 days and having to take care of the man who beat her up every day. While Bobby promises that he’ll fix everything, he’s actually gearing up to have relations with the next piece of hot ass that will give him the time of day and help him advance his career: Audrey Horne. “I don’t know what you’re up to Bobby Briggs, but I want in.”

Finally, we get to the new “mysteries.” Some Canadian Mountie is pretending like Cooper’s arrogant actions in crossing the border to arrest Jacques and rescue Audrey Horne created some sort of legal havoc with a major sting operation they were plotting and resulted in the murder of several key players in the sting. The Mountie has complained at the Bureau, who is shocked by Cooper’s bold flaunting of regulations and the law, and have suspended him without pay until their internal investigation is complete. Later, we find out that the Mountie is working for Jean Renault who is trying to ensnare Cooper yet again, this time through tricky methods.

Josie Packard makes it back to Twin Peaks, and falls into Sheriff Truman’s bedroom late at night. She, like her character, has been abused and is dirty and disheveled. Why is she back? What mysteries does she hold.

Finally, what happens to Major Briggs? At the end of the show, Cooper and Briggs are fishing in the woods and having a minor discussion on the mysteries of the woods. Briggs introduces the idea of the Black Lodge and the White Lodge, but before he can go further, Cooper decides to go urinate. While Cooper is away, Major Briggs disappears in a beam of light. And, poof, new mystery. 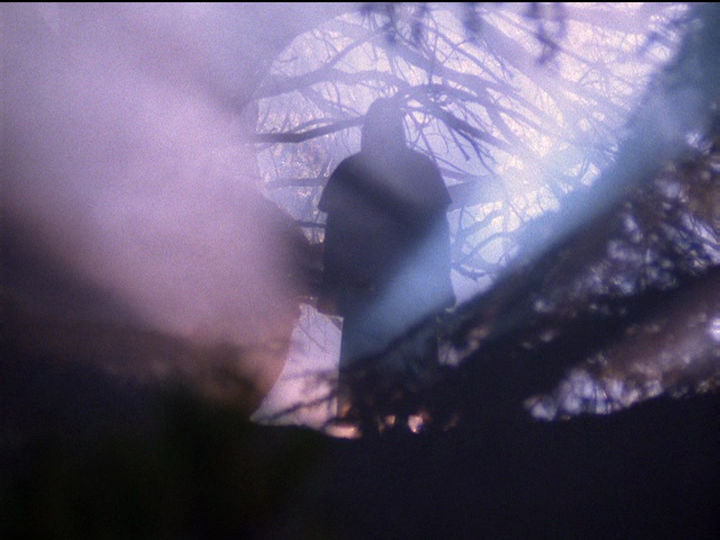 What made Laura Palmer’s mystery so deliciously Twin Peaks is that her murder revealed the town as a hall of mirrors and facades. Twin Peaks, at its best, asks us what forces drive a person to do what they do. Why would and how could a stand-up pillar of the community like Leland Palmer rape and murder his own daughter? Why would the Homecoming Queen with a Meals on Wheels route be a cocaine addict who enjoys being tied up by violent drug dealers? Why would three leaders of the community conspire to burn down their town’s primary source of industry, especially when two of them co-own that company? What drives a person forward after their husband died in a fire just after they got married?

For the first 16 episodes, the spiritual side of Twin Peaks is an enhancement of 2/3 of the actions on the show. Do BOB, the Owls, the Giant, the white horse, and TMFAP actually exist? It almost doesn’t matter. You could remove all of those elements and the show would still operate on a certain level. It would be basic everyday television, maybe a touch darker than usual but still soap opera story lines. The spirituality was just a thread that tied the world together and push the world forward and backward.

More than all that, which is probably specious judginess that you can argue below, Laura was the connecting thread to everybody. She had at least a 2-degree connection to everybody on the show.  Once Laura Palmer is solved, there is no center to Twin Peaks. Until Windom Earle and the Beauty Contest, there’s no central A-Plot to hold the show together. For the next few episodes, Twin Peaks will a series of B-plots banging around. It does get good again, I promise.