Browse: Home / What The Hell Kind Of Space Opera Is This?

As you may well know, I am an aspiring scifi writer. Specifically, I’m heavily influenced by television space opera, which has many of its own tropes and cliches distinct from literary science fiction. I was working on the plot for my story when a thought occurred: where is it I hope to fit in scifi’s grand tradition? Obviously, you don’t get to decide how you’re actually remembered, but you do get to decide what you do and don’t take from the past, and what you choose does make you fit into the tapestry in a certain way, especially in a genre that has so thoroughly eaten its own tail the way scifi television has. In considering this, I ended up thinking about where many major works fit into the vista. Obviously, Star Trek is the granddaddy of them all, the one that pioneered the myth – which is appropriate, seeing as it explicitly, heavily drew on the myth of the pioneers of the Old West. It’s the one that said that a space opera show is when we follow the same crew of one ship as they travel around the universe visiting different planets. It also said that human beings would naturally be better – less violent, less greedy, more peaceful, more interested in doing good. And it said that our main source of joy would be watching intelligent, witty people with very different dispositions come together to solve problems – that iconic trio of Kirk, Bones, and Spock.

(Also, it was shameless leftist propaganda)

Star Trek: The Next Generation must be considered a different and equally important show in the wider context of space opera television. TNG wove the myth of Star Trek into something more coherent; famously, it turned the Klingons from metaphors for Russians into their own unique honour-driven culture, establishing a cliche as resilient as the Klingons themselves; every science fiction story must have a race obsessed with honour and battle glory (arguably, Mass Effect has two of them, splitting between the krogan and the turians). But I’m also thinking of the practical decisions it made too, like realising that sending the Captain out on away missions was ludicrous and splitting Kirk’s role up between the captain and his first officer. TNG continued the spirit of Star Trek – those same purposes, that same moral outlook, that same leftist propaganda – but it did have a greater sense of home, with many ideas it was willing to sit down and develop. It said that on top of exploring the strange and unknown, we could have a familiar world that worked on consistent rules, and that would also be part of the joy of the experience. The influence of the original Star Trek cannot be denied, but TNG was the set of hard and fast rules we have to play by, the thing to which every other show on this list is reacting in some way.

I haven’t seen Babylon 5 past the pilot movie and first episode (it’s on my perpetually expanding to-watch list), but I’ve read enough to understand its influence on space operas in general and television as a whole. It’s famous for its epic and intricately planned story that covers, amongst other things, the rise and fall of several civilisations and at least three separate wars. What it introduced to the genre and medium was a greater level of ambition in long-form storytelling and the way it can tease out the best aspects of the worldbuilding, with character arcs acting as relatable personal expressions of the angst of an entire race. By introducing the idea of stories playing out longer than forty-five minutes, Babylon 5 showed how the personal and political machinations of the worldbuilding could make the experience even more enjoyable. I’m also given to understand that creator J. Michael Straczynski used the show to present his particular strain of leftist philosophy, and to push his ideal vision for humanity to peacefully enter some kind of transcendent technological singularity. Babylon 5‘s main contribution to the landscape of space opera TV as a whole was introducing one new technique and using it to go in the same direction everybody else had, but further than they’ve ever been able to.

After that came the Stargate television franchise. It’s very easy to give a name to the type of show this is: foot soldier. Most of its major creative strokes – that the protagonists use a device called a Stargate to travel from world to world rather than a spaceship, that the aliens native to this setting theme themselves around Ancient Egyptian mythology, and that this program is run by the then present day US military rather than a fictional facsimile – are lifted straight from the movie it adapts. It otherwise commits totally to the rules laid down by all those who came before it – or rather, it commits to replicating their actions. Daniel Jackson argues passionately for peaceful solutions and cultural trade because that’s what Bones and Picard and Crusher did. Sam Carter delivers technobabble that is ludicrous in both content and scope to solve problems because Scotty and La Forge did. Teal’c is an honourable alien warrior because God help me, we can’t let go of the fucking Klingons. The characters go around trying to interfere with ‘lesser’ civilisations in a vaguely colonialist and very paternalistic fashion because, Prime Directive notwithstanding, that’s what they did all the time on Star Trek. In retrospect, even the longform plotting feels like it must have been lifted from Babylon 5. The two things that make the show distinct are the chemistry between the actors, and the specific technobabble this world plays with; if TNG developed ideas and cultures, Stargate developed laws of physics, like finding at least eight different riffs on the idea that the Stargate can only be open thirty-eight minutes before shutting down.

To be clear, theoretically none of this is a bad thing; I think the Stargate shows are milquetoast crap that I mainly liked because of the actors, the general ideas, and because I was too young to know any better when I first watched them, but that’s because they fail to build their ideas into anything interesting and actively take steps to undermine tension or conflict – Daniel and Jack are going to argue over what to do about planets all the time, but they’re never going to do anything to risk the audience’s sympathy. The level of effort in Stargate is whatever’s between zero and the ratings-mandated minimum. But I like the idea of what the show represents, at least in principle – this is a fully assimilated, born-and-bred citizen of the space opera television community, where not only do we understand the rules, we feel a giddy sense of glee in following them. People pave unknown paths the way Star Trek did because we hope that someone will build behind us, and I suppose it’s inevitable that at least one of the buildings will look like Stargate.

Conversely, there are the twin reactionaries of Firefly and Ron Moore’s Battlestar Galactica. Both these shows seek to upturn the basic principles of Star Trek, though in the case of Firefly, it’s a smaller aspect of the show’s overall goal; Firefly is as much lovingly following in the footsteps of Han Solo as it is striding away from Star Trek. BSG is committed, top to bottom, to flipping the bird to as many of ST’s beloved principles as possible. Creator Ron Moore had served on the writing staffs for both Deep Space Nine and Voyager, which in comparison makes Firefly look like an outsider that lifted a few details, and at points he acts like a teenager who has moved out for the first time and engorged himself on everything he wasn’t allowed to have. Most significantly, he rejects Star Trek‘s notions of better, nicer human beings in favour of a perpetual motion machine of conflict, but he also rejected any aliens other than the Cylons (who explicitly model themselves on human society), and he embraced a documentary-like handheld style, especially in the space fight scenes. Now, BSG has this interesting situation where it was wildly popular and heavily imitated at the time but is basically forgotten here in 2019 – every scifi show has at least 50% of Firefly‘s DNA in it at the moment – so in practice what we have is a reactionary who didn’t have the chops to back it up, but I feel like its theory was sound. It could have been the wild new paradigm that opened the vista for stories space operas could tell on television.

So what’s my interest? I actually love the idea of being as flagrantly unoriginal as Stargate. I like the thought of being in a grand tradition; from a practical standpoint, it’s faster not to have to make up new ideas, both in the sense of creating the world I’m operating in and in the sense of having to stop and explain things to the audience. But even more than that, I like stories with aliens and robots and spaceships and wormholes in them. I want to reuse older ideas because I like operating in a world that operates on that set of rules, and because I like the idea of having a seat at a pantheon of people who used those ideas before me. On the other hand, I think BSG was a little right. I don’t particularly want to see the bizarre religious ritual of some Kirk wannabe coming in and enforcing a leftist utopian ideal on some innocent villagers play out over a decade’s worth of episodes. If I have any wild creative ambitions, it’s not in reinventing the spacewheel, it’s in introducing people you don’t normally see in these kinds of stories and watching them play in the worlds I’ve been living in my whole life. Like, the one storytelling principle common to space opera that I’m sticking to is making up my own aliens (if I were working in the high fantasy genre, I’d just use elves and dwarves and leprechauns and shit), and as you might have guessed, they do not have the personality, honour, or even biology of Klingons. The characters I’ve been coming up with aren’t yet another Emotionless Rationalist Scientist or Gruff Military Leader or whatever. I don’t even know what the words for them are, because I’ve never seen them in this kind of story before.

There is an extent to which I’m acting like Babylon 5, injecting the tragedy and drama of The Shield in an old genre that doesn’t generally get that treatment, though it’s embarrassing to think of myself as, like, inventing something when I’m just putting the data from one thing through a mathematical formula someone else wrote out (that was, itself, just putting to paper what another person did). It feels wrong to think of myself as a revisionist; as much as I like BSG, flaws and all, I think many of its principles are straight-up anti-science fiction, let alone anti-space opera – one of the fundamental aspects of the show is that the technology is actually worse than our own, which is simultaneously really cool and really annoying. But I’m not the unthinking foot soldier of Stargate either. Perhaps the best way of putting it is that my story operates on the physical rules other stories have laid out but on very different moral rules. A foot soldier flatly copies what came before; a revisionist flatly upturns it; an inventor grafts something new on. I suppose grafting new people onto old worlds makes me an inventor.

(There’s also Blake’s Seven, which I never saw but understand is a reactionary that had the chops that could back it up, and Farscape, which I saw but could never get into.) 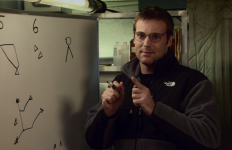 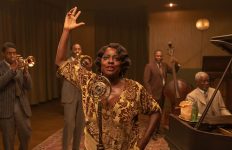 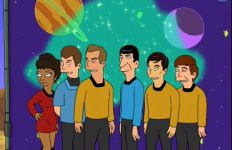