It’s too bad, because Orgazmo deserved a bigger audience. While it certainly has a bit of a panglossian perspective on the porn industry, it is better than Boogie Nights at portraying its performers as actual breathing humans, not tragedies in the making or broken, cocaine-addicted dolls. (No matter your opinion on pornography in general and the American porn industry in particular, it’s refreshing to see people who are usually treated as pariahs or punchlines getting to be regular folks with unusual jobs.) The movie also has an undeniable sense of fun and play, with a cheerful, generous energy. Starting off with our hapless hero and his partner getting thrown out by a sweet, kindly little old lady who gets real, real mad when she realizes she’s dealing with Mormons trying to recruit her, the movie never stops telling jokes, or finding ridiculous situations for its hero Joe (“Joseph Young,” of course — as in The Book of Mormon, these jokes come from people who know the territory) to try to get out of. But the movie also seems genuinely fond of Joe, his friends and family, and his hapless fiancée Lisa, whose desire for a real Temple wedding gives Joe a lot of his motivation. (It’s worth noting that Mormon missionaries, especially those living in high cost-of-living areas, are pretty notoriously underpaid.) It makes good, sometimes hilarious, use of its shoestring budget. It’s honestly just a hell of a lot of fun.

Maybe the US is too ridiculous about sex to ever have a movie that’s unflinching about porn, falling either into the “’everything’s fine”’ or “’everything’s terrible”’ trap (or awkwardly agreeing with both positions like Boogie Nights. Some of it’s probably just that a lot of industries have trouble looking at themselves, and if the mainstream movie industry can’t even be honest about itself much of the time, it’s they’re certainly not going to handle the adult film industry well. But it’s strange to think that an industry that makes more money than Major League Baseball, The NFL and The NBA combinedand whose sites have more monthly visitors than Netflix passes by us so often with so little commentary or attention. At least we have these two movies from 1997 to remind us that, as a culture, we’ll never stop thinking about sex, or even, sometimes, about the people whose jobs it is to keep us thinking about sex. 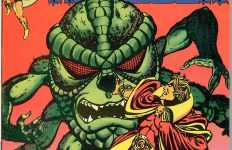 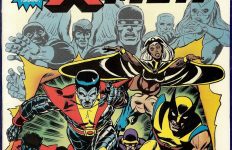 Flashback Comics Rack: Highlights of May 1975→