The last time I checked up on Allen, I reviewed his misbegotten Amazon series Crisis in Six Scenes, which was mostly very bad, but two of the titular scenes were funny, at least. Then, besides the news of Timothee Chalamet and Elle Fanning joining his next movie, absolutely nothing happened with him, nothing involving the cohost of my favorite podcast and certainly nothing involving Allen making godawful statements to the media. Wait, where was I? Oh yeah, he has a new movie out this year, as always, but this time it’s an exceedingly rare Woody Allen Winter Project. Amazon Studios, Allen’s new studio of choice, has seen fit to give Wonder Wheel an awards-season release, complete with a premiere at the New York Film Festival, instead of Allen’s normal mid-July spot. And that decision has blown up straight in their face, because it has gotten panned like not even some of the most reviled Allen films before it were. Of course, that could be because the push to winter has led to it getting released right as a firestorm surrounding sexual assault and harassment in Hollywood has begun (and will hopefully continue to grow long in the future). Or it could just be because it really is that bad.

As much as I do like Cafe Society and Irrational Man (I will only say of Magic in the Moonlight that it looks amazing), I agree with the popular consensus that Allen’s last great movie was Blue Jasmine. In fact, I hold it to be one of his career masterpieces, holding few of the flaws that keep popping up in his later work, being astonishingly-acted (I think it’s too often characterized as solely The Cate Blanchett Show, when she’s surrounded with similarly excellent work by Bobby Cannavale, Andrew Dice Clay, and especially Sally Hawkins), and building to genuine tragedy. Now, Woody likes to claim that he doesn’t actively try to repeat himself with each new script, but stop me if you’ve heard this one before; Wonder Wheel is an openly theatrical drama about a former big-shot woman gone to seed whose last-ditch attempt to find love ends in tragedy, with a coarse, hacky comedian in a dramatic supporting role. That comparison leaves Wonder Wheel some pretty big shoes to fill, but not only is it not the Match Point to Jasmine‘s Crimes and Misdemeanors, it’s not even the Melinda and Melinda.

Alvy Singer living under a rollercoaster in Coney Island made for a funny sight gag in Annie Hall, but Coney Island living is no laughing matter for Ginny and Humpty (yes, Humpty, pronounced with an -umpty, likes his oatmeal lumpy, etc.), played respectively by Kate Winslet and Jim Belushi. Ginny was once an actress, and married to a jazz drummer, but that’s long gone (and she is very eager to tell you that that’s because she cheated on him) and she’s stuck with her louse of a current husband and her pyromaniac son (Jack Gore) from that first marriage. As if that wasn’t enough, she keeps getting headaches from all the Coney Island noise (they live overlooking the Wonder Wheel, and Humpty works there as a carousel operator), and soon enough another headache shows up at her door; Humpty’s estranged daughter Carolina (Juno Temple), who he disowned after she married a gangster. But that marriage is over, and she’s being tailed by the mob after squealing on them to the police. But that’s not all, because Ginny soon starts to fall for a Coney Island lifeguard named Mickey (Justin Timberlake)… and so does Carolina. Will this push Ginny further off the edge (yes)? Will this spiral into tragedy for all those involved (yes)? Did Woody Allen seriously make a movie where a man cheats on his girlfriend with her stepdaughter (yes, and also one where a man is frequently accused of being too friendly with his daughter)?

Let’s start with the good, whose name is Vittorio Storaro. A three-time Oscar winner and one of the greatest cinematographers of all time, Storaro lent Cafe Society an incredible visual sophistication, with the most impressive color usage of Allen’s career and the most beautiful images since Manhattan. He returns for this one, and the results are equally, if not even more, impressive. The backdrop of Coney Island allows Storaro to play with colors like he couldn’t even in Cafe Society, with the lights of the attractions casting beautiful monochromatic shades of red and blue over the house. And patterns and reasons for those colors start becoming clearer as the film goes on. Red and orange are Ginny’s colors, reflecting both her firebrand personality (and firetruck-red hair) and the fact that the sun clearly seems to be setting on her and her dreams of having more. And blue is Carolina’s color, suggesting her being at the dusk of her life, with death breathing down the back of her neck (in an excellent article Storaro wrote for American Cinematographer about the film, he goes even further with the analysis of his color selections; red is “the flame of the human spirit”, and blue is the color of “Tenderness” and “Gentleness”). Mickey and Humpty are positioned in the middle, with Humpty also color-coded blue (after all, he comes from the same bloodline from Carolina), but a more muted shade to reflect his more mediocre stature in life, and Mickey color-coded grey, to go with the frequently overcast days at the beach he oversees and the two rainy days where he falls for Ginny and Carolina. It’s all astoundingly beautiful, and even more impressively, it’s all tied to the story.

Boy, if only Woody had applied half the thought to that story as Storaro did to the visuals! This is maybe the worst script he’s ever written, and it’s full of almost nothing but his worst dialogue ever. It starts out okay, but by the time Humpty is introduced and repeating his disapproval with Carolina marrying a gangster at least three frickin’ times in one minute, like he’s in a play where the only audience member is Leonard Shelby, the holes start becoming readily apparent. The dialogue here is as tin-eared as it’s been in any Allen film, with characters shouting things like “I’ve become consumed with jealousy!” when they’re not babbling about the nature of fate and Eugene O’Neill and whatever fancy-pants book happens to be Allen’s shelf at the time (there’s a whole scene devoted to discussing Hamlet and Oedipus). It’s agonizing to listen to, even coming out of the mouths of talented actors (well, mostly talented actors). And the structure of the script isn’t much better, with no dramatic momentum or force (September looks like actual Chekhov next to this) when it should be building to a grand climactic tragedy (when it could be building, it’s just dithering around. But, I will give Allen this, the endpoint does kinda work, in the stilted-but-still-effective way Interiors does (Winslet even gets to recreate the final shot and line of that movie), and I love the final shot, of the firebug kid lighting debris on fire on the beach under the nonexistent watch of an empty lifeguard’s chair. The nicest thing I can say about this script is that it’s an ending in search of a movie.

And then there’s Mickey. Oh boy, is there Mickey. Justin Timberlake has only given one performance that could even charitably be called great, but the glow of The Social Network and the sporadic fun turns in things like Inside Llewyn Davis and Popstar at least suggested that he might do well in a Woody Allen movie. He most emphatically does not. In fact, this is a serious contender for the title of worst performance ever in any Woody Allen movie, with the only reason he’s not instantly at the bottom being the existence of Kenneth Branagh in Celebrity.

Mickey is this tale’s narrator, a former GI and budding playwright who states upfront that his love for melodrama may influence how the story he’s telling unfolds, and who goes onto destroy the lives of all his “characters”. There’s a germ of a good idea in Mickey being an unreliable narrator who sabotages his own story for cheap drama but never quite acknowledges that (and even excuses it with a line close to one from Allen’s own playbook, “The heart has its own hieroglyphics”), a good idea which immediately becomes a nightmare once Mickey opens his mouth and reveals himself to be Justin Timberlake doing an abominably bad Woody Allen impression. If it’s not quite to the level of Branagh’s uncanny-valley automaton recreation of Allen’s mannerisms, it’s because Branagh was distressingly confident in his terrible performance, while Timberlake reeks of flop sweat in every scene. He tries out the clunky one-liners about the life of the writer and the nature of drama, he does the wacky arm motions, he even does Allen’s typical delivery of “Jeeeeeeezus”, but at very best, he comes off like Junior wearing Grandpa’s clothes, and otherwise comes off like a bad-even-for-high-school performer in the school play (a performer on this level wouldn’t make the cut of Lady Bird‘s production of Merrily We Roll Along, and the joke was that everybody who auditioned made it into that). Not a single line sounds natural coming out of his mouth, and while that is certainly not helped by not a single line in the script being natural, the other cast members succeed far more in trying than he does.

The film’s main selling point is definitely Winslet, and she was likely the reason for the awards push. I very much doubt she ever would have gotten into the race even if it was less crowded and the movie around her was better, but she does pretty well here. Her best moments are her quieter ones, when she’s given silent close-up shots and when she underplays the (again, horrifically clunky) dialogue she’s given. When she goes into full manic mode, the gears in the performance start becoming obvious (Blanchett in Jasmine did a much better job creating a broad performance that still clearly had life and feeling behind it, rather than empty shouting). Temple may actually be best-in-show here, with a quite winning, earnest performance as Carolina that’s only let down by the script not giving her much to do. And Belushi is no Andrew Dice Clay, and he does too many selling-to-the-cheap-seats theatrics to show his character’s coarseness (to keep going back to Jasmine, Bobby Cannavale was much more straight-down-the-middle in his portrayal of a working-class schmo), but he definitely has his moments, especially near the end (Twin Peaks remains the definitive surprisingly good Belushi performance this year, though).

Look, I’m gonna reason with you, I’ve read about Woody’s next movie and it sounds bad too. I’ll still see it, because of Storaro and Elle Fanning and Timothee Chalamet and [podcast host name redacted], and because I’ll hope it has some good in it. And his next movie after that is apparently a long-gestating project about the parallel careers of Louis Armstrong and Sidney Bechet, which sounds great. But I think this film’s final shot serves as an apt visual metaphor for what will happen if Allen keeps making movies this bad. The lifeguard is checked out for the night, and if he doesn’t get back fast, there’s gonna be hell to pay. 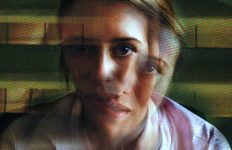