Browse: Home / Year Of The Month: The Dark Knight

“The die is cast.” – Julius Caesar

“You either die a hero, or you live long enough to see yourself become the villain.” – Harvey Dent

I love this movie. I’m starting with that total bias and it’s one that I don’t think will ever really change. People do change though, as I have in the decade since The Dark Knight seemed like the most important film there ever was, and my relationship with it has changed, for better and for worse. I saw this ten years ago at sixteen years old and was completely stunned – hard to critically analyze something so grand (“he’s…too big…”), even when you’re a burgeoning punk who faithfully reads movie criticism. Now I’m older and of course I can now cheerfully pick it apart. The more hard-boiled dialogue is cringeworthy (and mostly drifts away by the time the incredible third act arrives), the plot doesn’t make much sense, and yes, the Batman voice is still funny because if he really runs with it he can sound like an even deeper Tom Waits.

But none of that took away from the movie’s remarkable power – and I finished this viewing more moved by it than ever. When you’re a teenager you don’t really have a lot to lose – you have no stake in the world. The Dark Knight may be a film where a man in a bat suit fights a clown but it’s an adult superhero movie, a drama where people make choices with real consequences that affect not just themselves but the city, the population. They lose what they love sometimes because of that, or destroy others in the process. (One of the things that fuels the plot is how the characters have inherent weaknesses because of what they care about, whereas the Joker doesn’t care about anything except destruction. See above for why the Ledger-Joker was huge with teenagers.) I had a radically different experience watching this because even if I’ve shifted towards the anti-authoritarian side of things I sure as hell care more about everything than I did way back when. The main characters give a shit, have responsibilities – so do I. Nolan made a superhero classic because he combined that Adult sense of care, of maintaining the greater world, with a huge scope and a plot that results in Tragedy, pain, and the comprehension of a dead man’s words.

This is why The Dark Knight became iconic.

The film is 152 minutes long, and none of it wasted. The screenplay is a miracle – as much the writing can be wooden, it has an incredible sense of economy. Every scene is either necessary to the plot or successfully establishes conflict, development, and pushes the arcs of the characters further and further until their end points. (Ramirez’s mother is in the hospital – Dent expresses doubts over Gordon’s men being honest – Ramirez is corrupt, and drives Rachel to her doom – Dent finds out – Ramirez is forced to put Gordon’s family in danger. Remarkably linear and harder to pull off than you’d think.) And each line is there to create as much impact as possible, from “Why so serious?” to the wrenching “Because you were the best of us!” The film works to create as much viewer engagement as possible short of working our hearts with a defibrillator. In the ten years since the MCU has strived to create a pure formula just to reach these heights, and one of the reasons it hasn’t truly worked is that The Dark Knight has driving, lasting ambition, a purpose beyond “Here are these people you enjoy in a plot”.

At its core Nolan’s movie isn’t a superhero film, it’s a crime opera. The movie adapts the style and feeling of Heat, down to the gunshots that rip through the speakers, to a comic book structure, using the superhero genre to create a genuine tragedy. Like LA Confidential, another ancestor, this is a work about men who enter an uneasy alliance in order to fight crime, and the terrible cost of that victory. “The public has no idea what justice costs the men who perform it.”

The Dark Knight is a profoundly American film then, obsessed with the compromise and struggle to preserve order in a world of actors, of chaos. The movie looks at the choices made and invests them with real weight – it takes place in a world where the main characters who hold responsibility shoulder it and have to do what is best for everyone, not just themselves. Their actions have symbolic and literal meaning. (Zizek has argued that the set up and tone of Dark Knight Rises is fascistic, and though he’s a leftist troll it’s definitely food for thought here.) For all the touting of these Batman films as “realistic”, Gotham is depicted as closer to a city-state, the body politic engaged with each other and the elite few being mostly well-meaning and using power for the benefit of the masses. The films were called right wing but they’re really not. They’re classical.

Enter then the Joker, who as wallflower has mentioned on this site is the Nemesis of the film – the comeuppance of Batman’s war on the mob and really of a man in a costume committing acts of violence. Everything that could be said about Ledger’s performance has been said – one of the great performances of the 21st century, utterly brilliant, inhuman, terrifying, etc. so I’ll skip it. What the Joker does in this movie is force everything – he forces choices, forces Gordon and Batman to decide on things and make the wrong calls, brings Dent to self-destruction and a terrifying Recognition. And in his final scene in the film (okay one thing can be said that I haven’t seen, that Ledger looks like a demon in that last shot, pushing into the camera with that hideous closed mouth until the editing can’t bear his evil any longer), he forces two boats to make a choice…and they can’t. When I was a teen, really a kid, I didn’t buy that one boat didn’t blow the other up. Now I’m a man, and I can’t imagine either one choosing because I know what it means to act, to make decisions that impact other people, and especially when that means wiping a thousand lives out of this world. I believe that the yuppie puts down the trigger and waits to die. I believe that the convict throws it out of the boat and waits to die.

Coming out of this viewing I found myself respecting Bruce’s and Harvey’s arcs more, paying more attention to them over the Joker. It’s easy to get obsessed with Ledger here but it’s those two who become mirrors. (“I see a reflection, Harvey…a reflection…”) Batman could kill the Joker and end the horrors but he has the self-awareness not to become a monster. Bale’s performance informs that sense of control, of contemplation and it makes Bruce’s decisions plausible: he is always studying the other characters, always considering what to say next and how to present himself. Bruce recognized himself long ago and has conquered the sense of fear he had in Begins. This is a flawed man, someone with some hubris that costs him dearly. The Batman we meet at the beginning of The Dark Knight will not consider that someone like the Joker could exist, and he doesn’t believe that he needs to be Batman. That pride does cost him. But he achieved a growth in the previous film that carries him through the story.

Dent doesn’t have that recognition. He is a good man, a white knight, but also a blithe one with no comprehension of his own demons. (Aaron Eckhart plays beautifully how Harvey in the words of In Cold Blood is somebody where “Nothing bad ever happened to him before.”) When the darkness in him is awakened it just grows and grows. The climax of the film rightly doesn’t end with the Joker: it’s with raw catharsis, with three men who have paid deeply for trying to do the right thing, Rachel Dawes haunting the scene, but only one holds his gun against a terrified family. No superhero film has reached this kind of pure drama since. (“Why was it only me who lost everything?!” “…it wasn’t.” Bale’s mournful pause there is timed just right.)

Nolan’s sense of experimentation, of how to write a superhero film that could hold disparate tones and dissonant genres has been repeated and honed down since. (Logan is a fine recent example.) Many filmmakers in the decade after went for “grim n gritty” superhero films that failed to hit the balance of humor and weight his Batman films had. Zach Snyder is Nolan’s real Nemesis, an idiot who tried to grapple the better man’s notion of serious drama into Batman Vs Superman, with the result being a hilariously pompous and pretentious mess. It was the work of a director who didn’t know these movies had to be, y’know, fun. (The less said about the DCU the better, but save for Wonder Woman even competence is kind of reaching over there.)

The MCU meanwhile made the genre hybrid model (make a superhero Shane Black movie, make a superhero sci fi film) into a formula and what resulted was pretty good. But that’s it – pretty good, never great or amazing or reaching for something. Black Panther and Guardians 2 are the best of the lot and not coincidentally both have a certain sadness to them, particularly Panther, which skillfully uses an uncovered tragedy as its emotional core. At heart though the demands of the MCU and their style – to create a commercial film reaching the LCD, only experimenting if it doesn’t offend the base – render a film like The Dark Knight impossible. Nolan’s use of abrupt, jarring editing to build tension and end scenes with a jolt would likely get a polite nudge out the door now.

But if we can get moody about the chances of a superhero movie like this being released in 2018 as is in the current cinematic climate, we should also just be happy it came out at all and embedded itself in pop culture. I saw the movie with the greatest audience I’ve ever seen in a theater – they screamed at Two Face’s reveal, laughed and freaked the fuck out at the “pencil trick”, whooped at the Batpod. (To be clear I did most of this too – I still clap like a little kid at the Batpod coming out.) They were in the movie’s pocket completely, because it’s a film firing on all cylinders. It tapped into our anxieties and fears, our need for good stories. By the close, as Batman drives towards the shadows, it reached something no comic book film has since: the Epic. 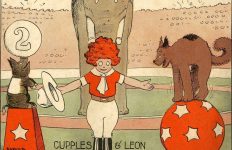 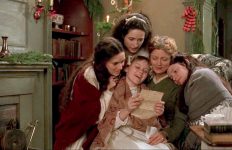