Browse: Home / Year of the Month: TROUBLE IN PARADISE Is a Lesson in the “Lubitsch Touch”

Imagine you’re a film director planning out a romantic comedy about a love triangle of two thieves and their mark that has a happy ending, primarily because everyone gets what they want (pre-Hays Code).

If you’re Ernst Lubitsch, you find stylistically creative ways to tell the more obvious aspects of the story, which also works for the more risqué elements. Of course, you first have to inform the audience where Trouble in Paradise takes place. You show a man taking out the garbage. He walks a few steps to a canal and dumps the garbage in a gondola. He rows while he sings a romantic song in Italian. We’re in Venice.

As part of this comic misdirection, the story is told economically. Certain details are omitted, making viewers mentally complete the scene. They are drawn in by their expectations; not all that much surprising happens in a Lubitsch film, but they have no idea exactly how it will be shown. It almost feels like magic: that’s what’s called the “Lubitsch touch.” Although Peter Bogdanovich, in his excellent introduction to the film included on the Criterion edition, points out, the Lubitsch touch is more of a marketing term than it’s an artistic one.

During their first date, Gaston and Lily steal personal possessions from each other. But we never see them ever actually steal anything—with one crucial exception—as Bogdanovich notes. Instead we see each of them make a show of giving what they stole back to the other, culminating in a garter belt that Gaston holds out to Lily in an act of foreplay.

Gaston is on the run after stealing a large sum of money, while posing as a doctor, from Francois, a clueless aristocrat. Gaston and Lily escape to Paris. There they steal an expensive handbag from Madame Colet, an attractive widow who owns a perfume company, while she is at the opera, and is being courted by both Francois and his equally buffoonish rival.

There is a montage of the hired staff saying yes and no to Madame Colet. When Gaston, posing as Monsieur La Valle, returns the handbag to collect the sizable reward, he sizes up Madame Colet, and realizes a heist could easily be done. He insinuates himself into her good graces and becomes her personal secretary. He takes over the suite on the upper floor, complete with a bedroom. Then we see a montage of the same hired help saying yes and no to him.

Now the story kicks into high gear. Gaston talks Madame Colet into arranging for a large sum of money, for insurance purposes, to be delivered to her and stored in her safe, of which he already has the combination thanks to his surreptitiously watching her hands when she earlier opened it in front of him.

Meanwhile, Lily is getting restless, but Gaston tells her to be patient, for the money will arrive soon. She warns him not to have an affair with Madame Colet. Being an experienced thief, he has good reason for keeping Madame Colet close to him, and the sophisticated, that is, relaxed, morality to play along with her wanting him—indicated by the way she smolders in his presence.

After a day working together, Gaston and Madame Colet go to separate doors on either end of the suite, each closing the door. The camera pans from left to right outside of the suite, following Gaston’s movements inside (which we cannot see), and we hear the bedroom door shut. They spend the night together.

The next day, Gaston walks by Francois, and does a double take. Francois exchanges gossip with another woman about Gaston being Madame Colet’s personal secretary and what that might suggest. There is a riff about who Monsieur La Valle is, playing on Gaston’s knack for assuming different identities, and that Madame Colet now “knows” him in the Biblical sense.

Gaston convinces Francois that they met in Constantinople, which buys him some time. He arranges with Lily to leave for Germany after cleaning out the money already in Madame Colet’s safe, although the delivery of the bigger cash sum will not arrive for a couple more days.

But Gaston wants one last night with Madame Colet, which sets up her heartfelt words: “We have a long time ahead of us, Gaston. Weeks, months, years.” Their shadows are cast on the bed—a striking image of the impermanence of desire.

An enraged Lily shows up, while Gaston is waiting for Madame Colet to return from a dinner party with her suitors. Lily brazenly steals the money from the safe in front of Gaston and hides in the bedroom when she hears Madame Colet approaching. Gaston does his best to explain, but the look on Madame Colet’s face says it all: she thought he loved her, rather than her money.

Disappointed, she goes to the bedroom, where she discovers Lily, who tells her that she took the money. Past caring, Madame Colet says that she can keep it. In an act of spite, she throws the handbag containing the money on the bed. Gaston enters. Lily berates both him and Madame Colet, takes the money—telling them that it’s payment for Madame Colet’s having Gaston—and leaves.

Gaston and Madame Colet say goodbye. He warns her of what will happen to him if he stays, as the police are sure to show up soon. He’s been recognized by both Francois and the chairman of the board of Colet perfume, who has also been stealing from her. Gaston then shows her the necklace that he’s stolen from her, telling her that he intends to give it to Lily. Madame Colet, appreciative of having had one night of the fulfillment of her sexual fantasies, tells him to give it to Lily with her compliments.

The scene cuts to the back of a cab: Lily looks irritated, Gaston more hopeful. He searches for the necklace, but she shows him that she has stolen it from him. Then she looks for the money, and he shows her that he has stolen it from her and stuffs it in her bag. They embrace and kiss, as the music swells. We’re back to the beginning, which suggests that there’s always trouble in paradise. But how it’s said is more important than what is said: the very essence of the Lubitsch touch. 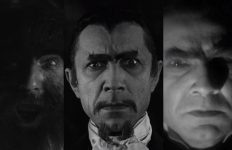 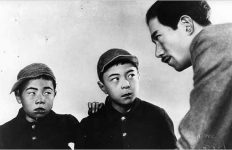 I Was Born, But… Shows Us We’re Stuck by Joey Lee (Year of the Month)→ 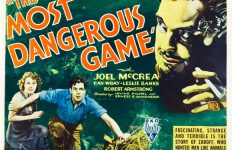 Year of the Month: Miller on The Most Dangerous Game→ 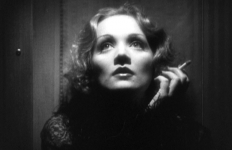 Year of the Month: Joseph Finn on Shanghai Express→