I have a greater fondness for certain adaptations of Shakespeare than I do for the original plays on which they’re based. As it happens, I don’t much like Romeo and Juliet, but if pressed, I can probably sing at least most of West Side Story. I think Taming of the Shrew is a deeply flawed play, but I still like Kiss Me Kate and 10 Things I Hate About You. And yet, yes, I can tell you exactly what parts shouldn’t have been left out of the Harry Potter movies, and it’s certainly not because I think J. K. Rowling is a better writer than Shakespeare.

Adaptation is a tricky job. Because I will guarantee you that there are purists out there who disagree with me about the quality of the Shakespearean adaptations I prefer, and not just teenage girls who’ve just discovered Romeo and Juliet and think it’s the Perfect Romance and miss quite a lot of the details about it that are not so great. I know fans of Lord of the Rings who are still angry at Peter Jackson about leaving out Tom Bombadil, as if his adaptation of The Hobbit didn’t give us new and considerably more valid things to be annoyed about. Every fan of every work has what they consider to be necessary bits of the piece that are almost certainly going to get left out of their preferred work when it gets adapted to the screen. Get me started on the fact that “The Ballad of Sweeney Todd” didn’t appear in the Burton film, if you want to be bored.

Now, I think it was probably easier to adapt Romeo and Juliet into Romeo + Juliet, because let’s face it—a play is shorter than a novel. I think this is part of why Stephen King is so badly done by onscreen most of the time and why most of the best movies based on his work are based on his shorter work. It’s not just that “Rita Hayworth and Shawshank Redemption” was in the hands of a skilled filmmaker, though of course it helped. It’s that the story is only about a hundred pages. Unlike with most King, and with many other authors as well, you don’t have to figure out what to cut.

On the other end of the spectrum, of course, plenty of terrible movies have been made from short stories, because there isn’t enough story there to fill out a feature. We can go back to King here, though goodness knows there are often bigger problems with movies made from his short stories. But if “The Lawnmower Man” didn’t need to deal with virtual reality or whatever—and of course it didn’t—that still doesn’t mean that there was necessarily enough there to fill out an entire movie.

And yet there are, of course, exceptions. I’m a passionate advocate of Where the Wild Things Are, which is based on a picture book with only 338 words. I’m sure all of us have at least one novel which we will insist was well adapted despite the copious trimming it necessarily underwent. Film has been an adaptive medium about since it started telling real stories, and not all of those adaptations are bad.

I think it frequently relies on filmmakers who get the spirit of the work even when they cannot manage the letter of it, or have to add more letters. Where the Wild Things Are works for me because it captures the terrible anger of childhood, something we seldom discuss but something which is clearly evident in the original Sendak. I like the animated Alice in Wonderland despite my conviction that straight adaptations of the Carrol are destined to failure, because it deals with the source material’s unreality and the faintly ominous sense under the pleasant whimsy.

Perhaps it’s a cynical way of looking at it, but I actually have hope because of it. If they recognize the tone that matters, maybe we’ll keep the tone? 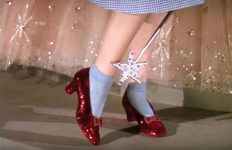 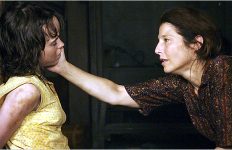 Film on the Internet: AN AMERICAN CRIME→

The Spiral: Avathoir and wallflower Talk About Thomas Pynchon, 9: INHERENT VICE (Also We Liveblog the Movie!)→