In a way, Jayne Mansfield is the second-youngest person I’ve ever written about. By rights, if she were alive, I wouldn’t be writing about her at all, as she was just 34 when she died, and my rule is that people have to be older than I am. I’m counting her, because she was born in 1933 and therefore would be older than my mom, if she were still alive, but it’s amazing to think that, for all her impact, she actually died younger than Mozart did. Her most famous offspring is now over twenty years older than she ever was. It’s kind of amazing—and possibly more amazing that she’s remembered so well despite how few people have seen her movies these days.

As it happens, I’ve seen at least a couple of them. Not a lot, not least because of how many of them look frankly dreadful, but I’ve been pleasantly surprised by the ones I have seen. I think the first I saw was Will Success Spoil Rock Hunter? It’s a silly ’50s comedy—about the terrors of television, really—but it’s not a bad example of its type. Certainly I’ve seen worse that people like better. And I’d rather watch it or The Girl Can’t Help It than some of the awful exploitation flicks she seems to have ended up in as her career faded.

Now, there are several reasons for that fading career. One, honestly, is how . . . determined she was that there was no such thing as bad publicity. The famous Sophia Loren side-eye picture, for example. There are about a half-dozen topless “accidents” listed on her Wikipedia page, which also has an entire section about “anatomy.” That and her many affairs, including potentially with Anton LaVey, didn’t help, either. She was multitalented, but she was a bit reduced by the end and was doing nightclub shows.

Another is that her look was not as popular in the mid-’60s as it had been a mere ten years earlier. She was one of the many sex symbols in the Marilyn Monroe mold—she, Monroe, and Mamie Van Doren were “the three M’s” for a while—and with Monroe’s death in 1962 (and even she was 36), the blonde bombshell was on its way out. And even if that hadn’t been true, female sex symbols age a lot faster than male ones do; leaving aside that 1967 was much more Twiggy’s year, Twiggy was also sixteen years younger, and a 34-year-old woman can be considered washed up in Mansfield’s shoes.

Which is why she was driving from Biloxi to New Orleans in the small hours of June 28. She was going from a gig at a supper club to another one on a TV show. In the front seat were Mansfield, her attorney and “companion” (as Wikipedia so tactfully puts it) Sam Brody, and their twenty-year-old driver Ronnie Harrison. In the back seat were three of Mansfield’s children, her children from second husband Mickey Hargitay. All three adults were killed instantly; all three children survived, though three-year-old Mariska (whose star on the Hollywood Walk of Fame is next to her mother’s) received a wound to the head that left a scar she will apparently bear her whole life. Fortunately, she won’t bear the same psychological scars as she might, as she apparently does not remember the crash. Wherein her mother, contrary to urban legend, was not beheaded, but the bar that will prevent the kind of accident they had is often referred to as a Mansfield bar nonetheless.

Keep me from writing articles in supper clubs to support my family; consider supporting my Patreon or Ko-fi! 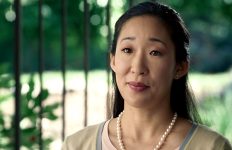 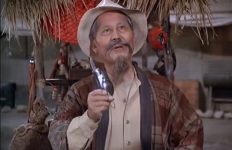 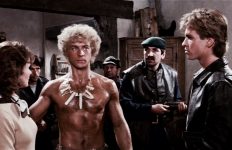