There is an animated family comedy named B.O.O.: Bureau of Otherworldly Organisms starring Seth Rogen and Mellissa McCarthy as crime-fighting ghosts. Their foe? Bill Murray as an evil ghosts. This feature had a plot that basically sounded like a more family-friendly version of the 2013 box office dud R.I.P.D., had Rashida Jones, Matt Bomer and Octavia Spencer in supporting roles, and was slated to be released this past June. However, it was pulled from the release schedule just six-and-a-half months prior to its release. Apparently, the film was in post-production when it was cancelled, to the point that when director Tony Leondis was announced as the director of The Emoji Movie, the press release for that development noted that his previous film, B.O.O., had actually been completed under his watch.

While I doubt the feature was fully done that far out from its release date (they were likely just referring to him fulfilling all of his duties on that particular motion picture), there’s no denying this film got surprisingly close to the finish line before it got plucked away from the release schedule, never to be seen again. DreamWorks Animation, the studio behind B.O.O., has put the project back in development and has just tossed the film under the rug. The reasoning behind such a move? A crowded release schedule surrounding the original June 5, 2015 release, which, considering B.O.O. would have been release week prior to Jurassic World and two weeks before Inside Out, feels reasonable. But there were also whispers about the film suffering heavy production problems.

Now, there’s no denying B.O.O. is far from the first American animated film to suffer production woes; on the contrary, rare if the major computer animated film that doesn’t experience setbacks. Toy Story 2 was basically made in a handful of months, The Good Dinosaur got delayed a whole 18 months and films like Tangled and Hotel Transylvania went through dozens of different directors/plotlines/tones before their final incarnations. What makes B.O.O. honestly kind of fascinating is how, unlike those films, there was no release date delay or director change when flaws in the feature emerged. Instead of assigning a new creative path, the movie just vanished, as if it never even was. Proper marketing hadn’t yet started for the film (the only images seen from the film, when onne undergoes a cursory Google image search, were in the form a coloring book, a logo for the titular organization and some kind of golden glowy arm gadget that is dubbed “a flashlight” on Amazon), so the general public was unaware of the movie being taken off the schedule.

Of course, I and many other movie/animation geeks noticed, and I would love to see the movie someday, if only just to see if it was really bad enough to warrant being basically erased from existence in such an abrupt manner. Interestingly, the film appears to be following the path of fellow production troubled American animated film Foodfight!, in that merchandise meant to accompany the theatrical release is now starting to trickle out, with an illustrated B.O.O. storybook (with the aforementioned…flashlight?) set to come out in March, which will likely give us all a glimpse into what the plot of this movie would have been. I have a hunch we might see other forms of ancillary merchandise (i.e. plush toys, a Junior novel or journals) make its way onto Amazon and eBay in the coming months. And hey, maybe DreamWorks could put the movie itself, even in an unfinished form, onto Netflix? Just for us animation devotees who would really like glimpse at a project with one of the most unusual production paths in recent memory. 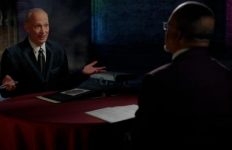 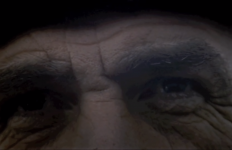 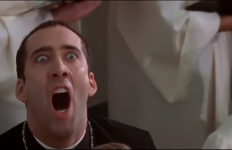