It’s always strange when something gets adapted a lot and neither the adaptation nor the original have much in the way of real cultural impact. I watched three movie versions of the original book in one day, and the only thing from any of them that was familiar was Shirley Temple singing “Animal Crackers.” This despite the fact that I seem to have actually watched the Fred Astaire version before. I even reviewed it. And I forgot about the whole thing completely, until the book and its assorted adaptations were suggested to me for this column. It’s the most accurate of the adaptations, but what it misses out on is important.

The original novel is by Jean Webster. It is the story of one Jerusha Abbott, an orphan/foundling who has lived her whole life in the John Grier Home; most of the book is told through her letters. You see, one of the trustees has put several of the boys from the orphanage through college. He says he doesn’t like girls, but an essay Jerusha wrote appeals to him, and he decides she deserves an education, too. With the proviso that she must write him a monthly letter—he believes it’s the best way to develop writing ability—and must never learn his name. She will call him John Smith and not expect any response from him.

Once at college, she starts calling herself Judy, thank Gods, and gets to know to other young women on her floor. One is Sallie McBride, with whom she gets along enormously. One is Julia Rutledge Pendleton, with whom she does not. Sallie has an older brother who is clearly interested in Judy. Julia has an uncle, Jervis, who treats Judy as pleasantly as he does Sallie and possibly more so than he treats Julia, whom he doesn’t seem to like much more than Judy does. Judy goes out of her way to pick up all the culture she missed by spending her childhood in an orphanage where she doesn’t even learn that Henry VIII had been married six times.

Seven years later, we get our first adaptation, starring Mary Pickford. Pickford’s version is the only one who retains the name of Jerusha and the weird detail that her first name came from a tombstone and her last name from a phone book. It’s 85 minutes long and spends roughly half of it in the orphanage, because the movie is much more interested in the social details, drawing a direct comparison from frame one between sweet, funny Judy and the rich-but-awful Julia (Betty Bouton). It’s not bad, but it is missing quite a lot of Judy’s character development, because it spends so little of the movie in her four years of college.

I couldn’t find the 1931 Janet Gaynor version, but four years after that the story was remade again as Curly Top, with Shirley Temple. This version has even less to do with the book, inasmuch as our star is seven. Temple plays Elizabeth Blair, a winsome orphan whose parents were theatre folk and whose older sister, Mary (Rochelle Hudson), works in the orphanage for room and board in order to stay with Elizabeth. Elizabeth’s sheer star quality enrages most of the trustees, but the youngest, Edward Morgan (John Boles) finds her just the most charming thing ever and arranges to secretly adopt her, because it would be weird to adopt her older sister who’s about twenty but doesn’t have the wherewithal to care for Elizabeth herself. So he makes up a friend who’s the person who adopts them. He falls for Mary, of course, and Elizabeth makes it her business to play matchmaker.

Finally, we have once again Daddy Long Legs, this time with Leslie Caron as a young French woman named Julie Andre. Jervis Pendleton III (Astaire) sees her and is charmed by her, but he’s warned sternly that you can’t actually adopt eighteen-year-olds, so he arranges to have her brought to the US to attend college with the understanding that he will never meet her. But of course Julie’s roommate is his niece Linda (Terry Moore), who is much nicer than her previous incarnations, and Jervis sees his niece and ends up spending lots of time with her roommate somehow.

And if you’ve figured out the identity of Daddy-Long-Legs, as Judy dubs him, from the original book, well, congratulations; you’re more savvy than Judy. We’ll be charitable and decide it’s all the cultural deprivation she suffered in that orphanage. She’s got enough education to get through school, though there is a horrifying passage I must share now. “If I say that William the Conqueror came over in 1492, and Columbus discovered America in 1100 or 1066 or whenever it was, that’s a mere detail that the Professor overlooks.” Because my Gods I hope she’s wrong about that. But still, she’s definitely not fully ignorant, but she is also very much separated from the culture of the other students.

Yes, all right, Judy is lifted out of poverty and given a chance in life by a random rich guy. And apparently at least one critic thinks she’s just interested in the relationship she ends the book in because the guy’s rich. But I think it’s made clear that she and her eventual husband have a lot in common, including really very much wishing for better lives for orphans. Judy explicitly says that her youth in the orphanage wasn’t Jane Eyre bad, but it still had lots of problems. That Daddy-Long-Legs has taken anyone at all out of there and given them higher education speaks a lot about him—and when Judy wins a scholarship that pays for her junior and senior years, she insists that Daddy-Long-Legs—who wants her to refuse it—instead sponsor another girl from the orphanage in college, because she knows other girls deserve it.

It’s certainly reasonable that Judy would have a social conscience, but basically none of the adaptations bother keeping most of it. There’s feminism in the Pickford, but she’s not explicitly as much of a suffragist as Book-Judy. The problem is that Mary in the Temple version is basically a cipher, and Julie from the Astaire version grew up in France and had her personality replaced by musical numbers. The Astaire version is actually the only one to keep at least some of the letters verbatim, but because it spends so much of its time on Jervis, it doesn’t really have enough time for Julie. Though it also gives us the wonderful Thelma Ritter as Alicia Pritchard, secretary to Fred Clark as Griggs, business manager to Pritchard. She implies that she would’ve married Griggs decades ago if he’d asked her while slugging back whiskey; you love to see it.

I suppose it’s also true that no adaptation coming out in the ’50s would have kept Judy’s self-description of socialist. Scattered through the book are several descriptions of how she’d make things better for orphans in general which fit better into the Pickford than the other two—not least because several of them were already happening even by ’35. And of course Elizabeth wasn’t as isolated as the other versions, having the sister who basically filled most of the stuff Judy does in the book. And also she has a duck and a pony because, eh, Shirley Temple’s gonna Shirley Temple.

Next month, let’s try looking at the first, overshadowed Du Maurier/Hitchcock crossover by making our way to Jamaica Inn!

And if you’ve got specific suggestions, you can pay me to write about them by contributing to my Patreon or Ko-fi—or just help me pay for books or movies so I don’t end up watching Fred Astaire movies in thirteen parts on YouTube! 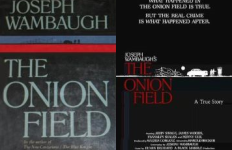 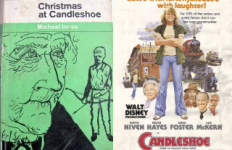 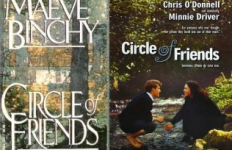 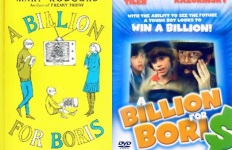