“I thought you’d regained interest in human life.”
“I have. I think perhaps I’ll create some.” (Alan Moore, Watchmen)

Stanley Kubrick is my favorite filmmaker; he may be my favorite artist, period. (Certainly the last shot of Joker’s face in dwindling firelight in Full Metal Jacket is my favorite image.) Over the next few months here I’ll follow Sam Scott’s example with Martin Scorsese’s films and provide essays on each of his thirteen feature films, with possible excursions into other Kubrickiana. This began as a project in The Dissolve’s commentary section almost eighteen months ago, and I’m glad to resume it.

Some themes will emerge throughout this: what I’ve called the geometry of power; the ever-inventive use of music; the plans that go kaboom; the fascination with reason as a form of male madness. These will not be biographical or political readings of Kubrick, though; he wasn’t that kind of artist, and I’m not that kind of critic. I’m most moved by the art that creates, not the art that comments, and Kubrick’s films do not represent our world, they create their own worlds. (Dr. Strangelove intersects our world at a few points.) All my favorite artists (JS Bach, Iannis Xenakis, Jasper Johns) create rather than represent, and all of them, like Kubrick, find that there are impersonal rules in the universes they make. Their works do not primarily evoke sympathy, or any other humanist emotion, but rather awe, which might be defined as the feeling of being in the presence of something truly created, not imitated.

Kubrick himself famously said “the most terrifying fact about the universe is not that it is hostile but that it is indifferent,” and one’s liberation comes from knowing that. He was one of the very few artists not bound by emotion or personality or the politics of any one time, and the works of those artists will live past the bounds of all of those things. They create worlds that are not real but have the indifference and density, and the lifespan, of reality.

(The phrase “continue down your mistaken path” was Dmitri Shostakovich’s advice to fellow composer Sofia Gubaidulina; it remains the best advice one artist ever offered to another.) 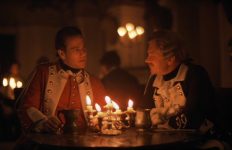 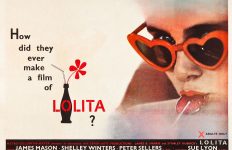 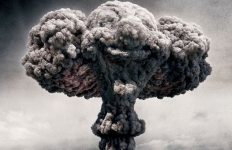 Year of the Month: Babalugats on the Year in Nuclear Annihilation→