Browse: Home / Coping, or Not

This year, I have seen fewer Oscar nominees than any year since I started paying attention. On the other hand, I have in the last about two weeks watched probably fifteen hours of Ask a Mortician. I have watched all of Tasting History over and over again, hours of Binging With Babish, and have decided I like The Casual Criminalist best of that guy’s like fifteen YouTube channels. I found a Big Fat Quiz of the Year so old it featured an appearance by “the new Doctor Who, David Tennant.” I’ve been watching a lot of YouTube, is what I’m saying, while my long-form viewing has decreased to just what I’ve established for myself to write for my columns.

In a way, my lockdown started later than most people’s. We bought a house last April, so it was May before I’d really settled down into the whole “stay in one place” routine. You know, when we were fully in our new house. But even in that chaotic month of moving, it’s not like I really saw other people. It’s just that the kids and I were going back and forth for a month and it was a very different sort of weirdness from the weirdness I’ve been dealing with ever since. Even with that, though, the current weirdness has now lasted more than a year. And it is definitely now screwing with my focus.

I’m not trying to say there’s anything wrong with the YouTube stuff I’ve been watching. I want to have lunch with Caitlin Doughty. I’ve exchanged a few e-mails with Max Miller, for reasons. And I am learning quite a lot. I’m not sure how useful it all is, but it is interesting. I’ve also made a few changes in my life, albeit not many. Because who has the energy for that? But when I was watching Jeeves and Wooster on disc the other day, my partner assumed we were having internet problems, because I wasn’t flicking through “recently uploaded” to see if the Cinema Therapy guys had posted a new video. (Seriously recommend that one to film fans.) No, I was just watching something narrative.

Not everything I watch on YouTube is short—the assorted Big Fat Quizzes are probably two hours long, when aired with commercials, and are well over an hour on YouTube. And I’ll watch Time Team now and again. But nothing with a plot that lasts that long. I’ve watched M*A*S*H through a couple of times in the last year, admittedly starting with the arrival of BJ because that’s when I think the show really starts getting good. If I still had Perry Mason streaming, I’d probably go back to that. But frankly, MST3K shorts are . . . easier.

That’s what it is. It’s easy. Yes, I’m fully vaccinated, and in theory I could start going into the world a little more. But few of my friends are fully vaccinated, and my kids certainly aren’t, and our county’s numbers are bad enough so I don’t want to go out there until they are. I’m a stay-at-home parent, so my world has always been mostly at home, but I am dealing with being at home in a way I haven’t in years. You would think movies would be an escape, but my concentration all goes toward dealing with my children. My partner. My home.

I can’t dive into imaginary worlds as much right now, because I can barely get my brain into this one. I feel guilty about all those videos, because why am I watching eight seasons of Only Connect instead of one of those movies everyone is telling me I should watch? And it turns out it’s not just dramas I can’t watch, though I’ll be real and dramas are harder right now. But I’m staring at even things I’ve loved for years and thinking, “Yeah, that sounds like work.” Few of the videos I watch expect my concentration for more than a few minutes at a time.

A friend of mine was joking with me recently about how a lot of YouTube channels are bald white guys alone in a room. And that’s true, though I’d note several of my favourites are people with hair, and one of them is a woman. But most of what I watch lately is people talking directly to the camera. And that makes it feel as though they’ve talking to me. Of course that’s what they’re going for, and most of them don’t know I exist. But it’s talking to me. Adults, talking to me about subjects that interest me. No wonder I find it so comforting.

Help pay for my other little distractions by supporting my Patreon or Ko-fi! 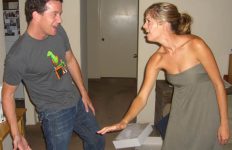 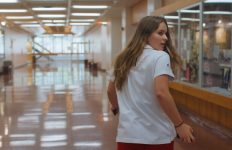 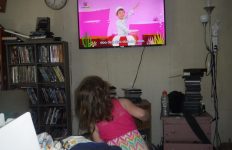