Every time I thought I had this movie squared into a neat little thesis, it threw something at me that upended it. In the opening sequence, I assumed it was telling me this is going to be a story about city folk who had the hubris to think they understood the nature of the, uh, nature they were entering, and it’s not that, but it’s not not that either. I assumed based on the way this movie had seeped into pop culture that it would be about how nature had warped the hillbillies living in it into monstrous creatures not recognisable as human anymore, and it’s not that, but it’s not not that either. The one thing I had expected that it definitely isn’t is a gothic horror. I had this image in my head of the “Duelling Banjoes” sequence being something like the men casually floating down the river, and one of them plucks the song on his guitar only to hear someone in the trees responding on banjo, kicking off a thrilling escape sequence as they row in a panic, chased by people they don’t see. The actual sequence is eerie and otherworldly, but for the exact same reason this video of Naomi Feil using validation therapy techniques on a woman with severe dementia is eerie and otherworldly; it’s someone using music to forge a connection to someone whose mind seemed not only inaccessible but nonexistent, and it’s not that this is an everyday occurrence or that it’s not special – far from it – but it’s not something outside the realm of reality, and neither is the rest of the film.

I had expected a whole village or family to terrorise the men on their trip down the river, but in fact it’s only two men who corner two of the protagonists, raping one and preparing to rape the other before they’re interrupted. One is killed almost immediately, and the other is tracked down and taken out. The majority of the film isn’t about their fight against hillbillies, but about them trying to deal with both the river and their trauma at the same time. The most shocking part was when the protagonists escaped the forest and there was still a good fifteen minutes left in the movie; this is because we’re still tracking the effects of the trauma all the way out into the ‘real world’. I suppose in that context, the entire film snaps together – I noticed that Lewis enters the forest convinced he understands it enough to control it while Ed believes he understands it enough to fear it, and whether they are right or wrong in any specific sense is less important than the fact that neither of them have any clue as to the specific nature of the trauma they’re about to undergo. 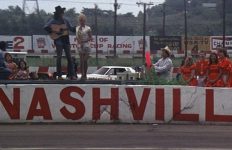 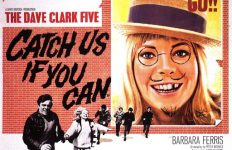 Year of the Month: Mr. Apollo on CATCH US IF YOU CAN→