One of the most interesting portrayals of masculinity in film history is Billy Crystal as Harry Burns. Because oh, boy, does Harry start out toxic. And continue toxic. I won’t say the film created the term “high maintenance” regarding women, as I don’t feel like doing the research on that. But Harry does lecture us about it. And of course is famous for the toxic idea that men and women can’t be friends, sort of proving its own thesis at the end, and man there’s a lot of room for discussion of Harry’s particularly neurotic brand of toxic masculinity. On the other hand, what Harry has and actually learns from is Sally Albright. Meg Ryan’s of course a delight in the role, but beyond that, during the stretch where Harry and Sally are friends, she helps changes his views and attitudes, and not just in the famous scene where they eat lunch together.

Remember, that scene in question stems from Sally noticing that Harry treats his dates like garbage. He says they don’t complain, and she asks when they’d have time to do that, given how fast he’s out the door. He tells her they have a good time, and she tells him they could be faking that good time, and proceeds to show him how easy it is. (What she doesn’t say is that there are men who wouldn’t even require that good of a performance, because they’re not paying enough attention to their partner. But anyway.) And one suspects that Harry, who is a smart guy, will start being more considerate of his partners from then on.

There are lists going around the internet of examples of nontoxic masculinity. Bob Ross. Mr. Rogers. Captain America. Even at the end of that movie, Harry Burns is never going to make the list. But while not all men can be Captain America, I would like to hope more men could be Harry Burns—someone who listens when a woman tells him he’s being a jerk. That his attitudes are hurtful. That women are entitled to their feelings and wants and needs. That they’re people, not just tools for his own process of proving he’s over his ex-wife. Which he is obviously not, by the way, and wouldn’t it be healthier to just admit it?

Let’s be real—Harry starts the movie as a definite ’70s variety of toxic masculinity, which may be one of my least favourite kinds. Because I’m sure he’s fine with the idea of women holding jobs and getting equal pay and what have you, but they still aren’t entirely people to him. And does he end the movie with a particularly late ’80s strain of nontoxic masculinity? Of course; the movie’s from 1989. But the most appropriate joke in the movie is that Harry is watching Sally over in “Personal Growth.”

Okay, so you don’t like Harry as an example. That’s fine; you don’t have to be like Harry. I use him mostly because he’s the only movie character I can think of whose inner changes are the whole point of their character arc, who is shedding unhealthy attitudes. But there are plenty of other movie men who either don’t have or lose those attitudes. I think even Starlord loses some of the worst of his toxicity, even if Chris Pratt himself doesn’t seem to have. Find a movie where a male character listens, really listens, to someone about the hurt he causes, and you’re on the right track.

So let’s shift genres a minute and even media, for the most part, and talk about Captain Mal Reynolds as beautifully portrayed by Nathan Fillion. Even in the movie, he’s got a long way to go, and I promise you he doesn’t think of himself as toxic. Isn’t he perfectly aware that his first mate, Zoe Washburn, is even tougher than he is? Sure. There’s still room for even Mal to grow; this is most notable in his treatment of Inara. He constantly shames her and her chosen profession, I think in no small part because she makes him feel small and backwards and uneducated. And I don’t know about small, but he absolutely is backwards and uneducated. And she leaves because she’s tired of being shamed because he can’t express his feelings, and good for her, and even there he still can’t quite use his words. But I think by the end of the movie, at least, he’s learning to?

The important thing for these characters is that it’s a process. Just not having toxic attitudes is great, but there’s a definite value in doing it this way, too. Not all men can be Captain America, but remember that Bob Ross was an Air Force sergeant who just wanted a job where he didn’t have to yell at everyone all the time, and where he could encourage people gently instead. So he changed jobs and the world, I’d say, because introducing as much beauty as he has changes the world. All from stepping away from shouting.

I’m trying to raise a son with a healthy attitude toward masculinity; help me show him pop culture role models by supporting my Patreon and Ko-fi! 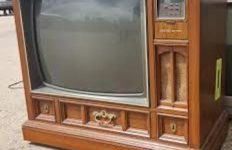 A Vestigial Mode Of Time Measurement: DJ JD on Anachronistic Feminism and Firefly→ 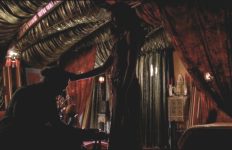 I Might Not Show Respect To Your Job: DJ JD on Power Dynamics Among Firefly’s Companions→ 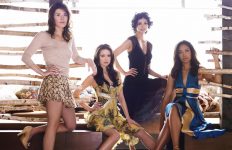 So Much Tasty In Here: DJ JD on the Sexual Utopias of Firefly’s Women→ 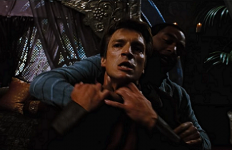