It’s true that the corporatization of Pride is a complicated subject regardless of the company. On the one hand, it’s making money on a community that the companies are not actually willing, in general, to stand up for the other eleven months of the year. On the other hand, it makes it clear that it does well enough for them that they aren’t worried about losing the bigot market. I have to admit, in fact, to being almost curious enough to go to Hobby Lobby this month, to see if even they are awash in the rainbow products that a lot of craft companies put out this time of year. Almost.

With Disney, it’s a deeper problem, however. Disney is, for better or for worse, one of the largest forces in American pop culture, and that’s more and more true all the time. It’s not just the things our children learn; it’s Marvel and Star Wars and on and on. I have problems with this, even as the kind of person who voluntarily writes a weekly column about Disney. But they are, for much of the world, one of the largest sources of influence and distribution of how Americans see themselves. That means they have an equally large responsibility, in my opinion, and they’re falling down on it.

We watched Raya and the Last Dragon this week, and it’s the second time I felt Disney was teasing me about possibly showing representation and then not. My kids would have been no more confused by a relationship between Raya and Namaari than they are confused between a relationship between Aurora and Prince Philip. (The sheer number of Disney relationships I went through in my head and rejected because of weird shapeshifting issues should probably be its own article.) They are two people with common interests who might be interested in a long-term romantic relationship, and my kids process that just fine.

It’s popular to blame China for this. And goodness knows the Chinese government is oppressive, and their film censorship is appalling. On the other hand, you can’t blame them for companies that won’t push back that aren’t actually based out of China. Disney doesn’t have to cave. It’s true that the pandemic hurt them—when your business model is “put large groups of people in one place,” that’s going to suffer—but since this is a problem that’s been going on for years, you can’t blame that, either. Disney could, in 2019, have actually given Elsa a female love interest instead of just teasing us with one. And that’s just one really recent example.

Disney, like so many other corporations, wants to have it both ways. Pride merchandise as far as the eye can see—today’s image is actual fabric they’re trying to sell me, that is then being pushed by Pride sales at Joann Fabrics—but no actual representation in the media. A Pixar short about an animator’s coming out to his family, but no one coming out in the Pixar shorts that make it to the theatres. One guy in an Avengers movie who mentions a husband, and that’s it. Blink and you’ll miss him. A Kim Possible background character, but only background and only after the fans decided about her.

Apparently, Disney’s a really good company to work for as a queer person—I have neither the experience of working for Disney (though they should hire me to give them ideas) nor the experience of being queer, but I’ve read it several times. That’s great. That’s really important. I would imagine it’s a dream job for a lot of people; one of my favourite YouTubers actually used to work for Disney Cruise Lines. It matters that they take care of their people behind the scenes.

However, that doesn’t excuse what happens in front of the camera. Frankly, Disney is clinging to a “family friendly” image that doesn’t take into account enough variations on the word “family.” Among other things, that’s important for kids. There’s something to be written about the Disney Cavalcade of Dead Parents—for all I believe firmly that they inherited that from actual fairy tales—but as a child with a dead parent, I felt seen in a way I didn’t necessarily elsewhere. As recently as this week, I filled out some paperwork about my childhood issues that listed “divorced or separated parents” without a slot for “dead.” I would imagine kids with two moms or dads would like that validation, too.

And, of course, there are all the trans kids and bi kids and so forth who might like to see themselves represented, not just straight children of queer parents. There are lots of kinds of families—look at how wonderful and supportive Colin Mochrie, tangentially a Disney employee, is of his child. Imagine a Disney movie with that family dynamic in it, from the perspective of the child. Would it piss off certain people? Yeah, but they’re still boycotting Disney because they thought they read “sex” in the clouds in The Lion King. Let ’em be angry.

Don’t boycott me; help me afford a Pride flag for my house (which might piss off one of my neighbours) by supporting my Patreon or Ko-fi! 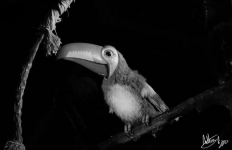