Opening before they’re really ready seems to be a Disney tradition, I guess. Okay, so this is the first time in my life that Disney has really had to worry about money—what with the theatres being closed and all—but that doesn’t mean opening the parks is a good idea. You’d think they would have learned from the measles epidemic, but there we are. Still, it’s well known that Disneyland originally opened before it was ready. My favourite story, in fact, is that, due to a plumbers’ strike, Walt had the choice of hooking up the bathrooms or the drinking fountains. He made the sensible choice, and everyone assumed he was trying to sell more soda.

In the nature of these things, the Disneyland TV show aired well before Disneyland the park opened. Its first episode, in fact, was about Walt’s planned park. And the final episode of the first season was this, the summary of how work on the park was going. It aired literally four days before the park opened. Now, the park looked better sixty-five years ago today, on opening day, than it does in most of what we see here. For one thing, while the pavement famously trapped women’s high heels, at least the roads were paved, which they aren’t in this special. But still; if I saw this, I would’ve been mighty nervous about going to Disneyland after that.

The version of this on Disney+ includes some of the original advertising; my seven-year-old was disappointed that we could not go to our local Hudson dealership and pick up a signed picture of Fess Parker as Davy Crockett and a sixteen-page Davy Crockett comic book. But this is, as I recall, in the days when shows were going from having a single sponsor to having commercials, and the version we see here shows a little bit of that crossover. Hence the brought to us by Hudson, for starters.

I recently finished watching The Imagineering Story, also on Disney+, and I’m rather disappointed that they felt the making of Disneyland here was so uninteresting to the average audience that we finish up with a history of Mickey Mouse instead. It is fun to see the trucks driving boxcars and things down the freeways of Los Angeles—similar to something that appears in the episode about the making of Pirates of the Caribbean and something that never ceases to amuse me—but it’s possible to watch this and know almost nothing about rides that were open four days later.

I guess not everyone cares as much about imagineering as I do, and I suppose there’s more audience for “look, it’s ‘Lonesome Ghosts’ again.” However, I wonder how much of that is that we’re taught all our lives that documentaries are boring. A deep probe into exactly how these decisions were made would be interesting to me, and “look, we made decisions and they work” is not so much. I suppose this is why things like this have been dumped on the service without fanfare; I don’t even tend to see them in lists of what’s coming to the service, and the fact that they don’t have more of it has been my greatest disappointment.

We’re planning a Disney trip for a few years from now, by which point it should be safe; help us save up for it by supporting my Patreon or Ko-fi! 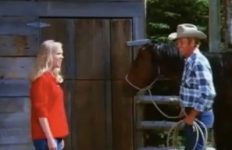 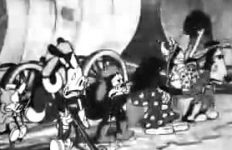 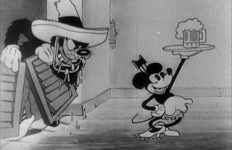 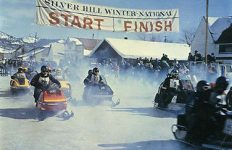