Orwell’s 1984 is one of the essential novels of world literature, and Michael Radford adapted it (and got it released just under the wire) for the year it took place.  Although it’s been superseded in film history by Terry Gilliam’s wild and brilliant Brazil from one year later, it still stands on its own and deserves an audience, an adaptation of an unadorned and effective novel that preserves just those virtues.

In common with Brazil, Radford presents a dirty, backwards future; it’s one of Orwell’s insights that totalitarian regimes don’t need to innovate or improve, and in fact will hold on to power better if they don’t.  The world is visually complete, the plot is what Orwell wrote, a trap in which no one will ever escape, and the Eurythmics’ haunting score underlines that.  It’s the actors who drive it home, naturalistic, sympathetic, and compelling performances as icons:  Suzanne Hamilton as Julia, Cyril Cusack as Mr. Charrington, John Hurt as Winston Smith, defeated in his body before it ever happens in the story.

Best of all, and a reminder of a last link to the past (one of the underlying themes of the novel), is Richard Burton as O’Brien.  In his last film performance, O’Brien embodies the Orwellian concept of doublethink:  Party functionary and nineteenth-century gentleman; torturer and best friend; maniac and unshakably dignified; blank-wall cruel and warmly sympathetic.  It’s there in every beat of his performance, the kind of thing where you can’t act it, only live it.  I can’t think of anyone else in 1984 who could have done it.

1984 is 32 years in the past; 1984 is still as important as it ever was.  Maybe the day will come when it’s seen as a paranoid fantasy of the past, but I’m not betting on that one. 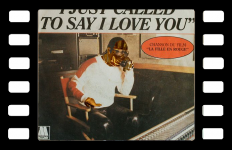 The best songs of 1984, according to the Academy (Year of the Month)→ 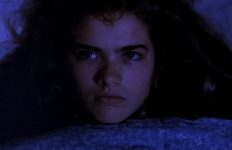 “I’m Into Survival”: Carrie Amanda on A NIGHTMARE ON ELM STREET, EMDR, and Healing Through Dreams→ 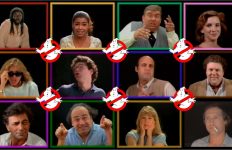 The Halloween Canon: Persia on “Ghostbusters”→ 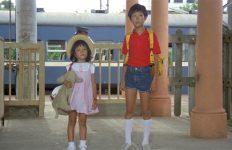 Year of the Month: Jake Gittes on A SUMMER AT GRANDPA’S→