The actual case in Klute–its ostensible excuse for existing–is slim: abruptly presented and largely backgrounded to the tight focus on Jane Fonda’s Bree and Donald Sutherland’s Klute. She’s a complex psychology fully embodied by Fonda (for further details, see John Bruni’s great essay on Bree); he’s an existential force. Bree goes to analysis, examining her own thoughts and actions from multiple angles; Klute, mostly silently and almost always expressionlessly, analyzes others. It’s hard to imagine what he does for fun. But the intensity of his connection to Bree–and the totality with which he feels it–forces a kind of belated complexity on him: with her, unlike on the job, he has no mandate. He doesn’t know what the effects of his actions will be–he only knows that he’ll feel them.

Bree is affected by him, too. Her therapy sessions have the feel of her circling around herself from the outside, putting her on display even to herself; necessary for the work–just as the auditions she goes to, brutally uncaring as they are, are necessary for that work–but also necessarily detached. Klute seems to put her more in her own skin. With him, we gradually come to see her at her rawest and most immediate. When she puts on detached professionalism with him, after they sleep together, it’s a feint, born of emotions she later describes as “mean” and “ugly.”

This is the first film in Alan J. Pakula’s “paranoia trilogy,” and it works on those terms because the film puts you in Bree’s shoes. The atmosphere is oppressive, and the sense of surveillance–of tapped phones and recordings–is ominous. It’s paranoia as claustrophobia: if you can never be free of observation (including observation by yourself), can you ever really be free? The observer effect changes things. When Bree leaves with Klute at the end, it’s partly out of feeling–but it’s also a much-needed escape from ceaseless voyeurism. And even we bow out there, letting them–and especially her–go where she will, knowing that she’ll probably soon break away even from his gaze. If we look ahead to the end of their relationship, it’s a loss that feels like it will make her fully herself–we all deserve an unexamined life from time to time–and him fully human. Both of which are thoroughly bittersweet outcomes.

Klute is now streaming on HBOMax. 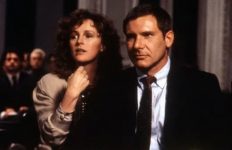 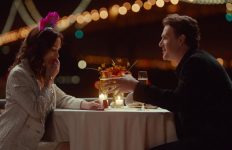 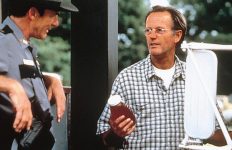