Browse: Home / Film on the Internet: THREE DAYS OF THE CONDOR

In one of my favorite bits of movie adaptation trivia, Sydney Pollack’s Three Days of the Condor was based on James Grady’s novel Six Days of the Condor; everything in Hollywood has to happen faster, you know.  The time-compression is actually a good choice–even over the span of only three days, this is a thoughtful, unsettling spy drama rather than a breakneck and bloody one.  If it ran too long, it might get dull; as it stands, it has a bottled-lightning kind of tension that works extremely well.

Robert Redford plays Joe Turner, a CIA agent whose daily work is poring through books looking for codes and leaked confidential details.  When he’s plunged into danger and violence, he keeps forlornly insisting that he just reads books–but whatever his background, he proves exceptionally competent, physically and mentally, in dealing with what’s going on.  It’s a little bit of a waste of the hinted-at “bookish Everyman” vibe, but then, if you really want an Everyman, you don’t cast Robert Redford.  Redford is aspirational, not relatable, and he works that quality–and stunning handsomeness–well here.  The plot may not adequately explain why Joe Turner is the way he is, but Redford blows through that hiccup and gives an intense and convincing performance as a man being rapidly refined under extreme pressure.

He’s well-balanced by Faye Dunaway as photographer Kathy Hale, who has the same dreamy quality of being awakened from the pretense of being only an ordinary person.  Their chemistry is natural, and one of the things the film gets right is that the sexual and romantic tension between them develops almost independently of the trust, and at a very different pace; Kathy’s understandable terror doesn’t abate right away just because her kidnapper is played by Robert Redford.  There are a lot of spy stories where a male spy enlists the help of a female civilian, who of course begins to fall in love with him, but this is one of the most persuasive:

Kathy: Sometimes, I— I take a picture that… isn’t like me, but I took it, so it is like me. It has to be. I put those pictures away.

Kathy: We don’t know each other that that well.

Joe: Do you know anybody that well?

Most of all, Three Days of the Condor wins for me because it gets the feeling of espionage right–it may not be accurate, but it’s a vivid look at a level of dirty, long-term gamesmanship, one where the CIA doesn’t oppose a fixed enemy as much as it does any weakening of the power structure.  What are a few deaths if everything goes on as it’s supposed to?  The movie’s true arc isn’t Joe becoming competent but him becoming independent, finding an idealism and a ruthlessness that can exist side-by-side, without the amorality and cynicism that the CIA and assassin Joubert (Max Von Sydow) both have to offer in their own different ways.

And the movie’s final strength is accepting, and making Joe accept, that that kind of moral independence can get you killed.

Three Days of the Condor is available for free with Amazon Prime Video. 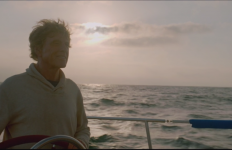