Technically, the Production Code went into effect in 1930. However, in practical terms, it wasn’t really enforced until 1934. The period between the advent of talkies in 1927 and the enforcement of the Code in 1934 is called the pre-Code era, even when it includes those four years of “technically but not really.” In fact, some of the films made between 1930 and 1934 were some of the raciest until the 1970s.

Today’s film is probably on that list. Based on the 1931 novel by Katherine Brush, Red-Headed Woman is the story of Lillian “Lil” Andrews (Jean Harlow in a wig). She is determined to better her circumstances the only way she’s suited to. One day, her boss, William “Bill” Legendre, Jr. (Chester Morris), is not at work. Lil steals his mail off his desk and takes it to his house, where she insinuates herself into his affections. He is happily married to Irene (Leila Hyams), but Lil, whom he calls Red, seduces him, and the pair being a full-blown affair. Unfortunately, Rene comes home earlier than she’s expected. Bill and Rene divorce, and although she quickly regrets it, Bill marries Lil almost immediately.

If Lil had been satisfied with that, it would be a lot easier to feel sympathy for her, though she is of course already a homewrecker at this point. However, she decides that she needs to get society on her side over Rene. She believes that the way to do that is to win over not Legendre, Sr. (Lewis Stone), but to win over the Legendres’ most important client, Charles B. Gaerste (Henry Stephenson). The way Lil knows to do that is to seduce him, not telling him who she is—since Gaerste won’t meet the second Mrs. Legendre—and then blackmail him into convincing the social elite into attending the party she’s throwing in his honour.

Honestly, this isn’t just where Lil loses any chance at sympathy but where she loses logic. Further, she decides from there to trade up from Bill to Gaerste, and in fact she juggles affairs with both Gaerste and his chauffeur, Albert (Charles Boyer in one of his first American movies), thinking Gaerste will never know. Or Bill, to whom she is after all still married.

There are, let’s face it, much more sympathetic pre-Code heroines. Lots of them. Even played by Jean Harlow, come to that. Of course, we don’t know Lil well enough to know if she’s actually as sociopathic as she seems or if she’s driven by fear of not having anything or what. But you can’t help thinking that maybe there were some rich single men she could have attracted before Bill, and that maybe a man she’d blackmailed into having anything to do with her in the first place might not be the ideal husband.

On the other hand, what other options for upward mobility did Lil have? We see her best friend, Sally (Una Merkel), who is also perfectly willing to fool around with an older man if she thinks it’ll get her somewhere. We also see that Lil does not believe she can even openly be friends with Sally after marrying Bill; she only sees her when she’s getting manicures from her. Whether that’s societal expecations or Lil’s own insecurities is a question, but it is still true that Sally wouldn’t meet a rich man without Lil’s help, and there aren’t a lot of options for manicurists to become rich on their own.

Oh, it’s true that upward mobility is one of the great lies of American life; there’s less of it than our culture has taught us over the centuries. By and large, however, it’s been easier for men to increase their social status through their own efforts than for women. Women have only relatively recently had options other than Marriage or Mistress on anything but vanishingly rare occasions.

Pre-Code movies seemed more willing to acknowledge that fact, I think, and to be understanding of women who used those options. There are several movies about women who slept their way to the top in one way or another, and this movie even seems to end with a suggestion that there’s nothing really wrong with it, provided she limits herself to single men and is discreet about her onw extracurricular activities. I think the implication is that it’s the men’s lookout to be aware of what they’re getting into with her.

The movie isn’t completely wrong; Bill marries Lil awfully quickly, and that’s his fault. He’s not even really portrayed as blameless in his affair with her. She might have seduced him, but he did fall for her and did agree to sleep with her without being forced or coerced. He talked a lot about being in love with Rene, but he still cheated on her. There’s no getting around that.

Basically, I think the movie is more notable as an example of a trend than as a movie on its own merits. Harlow is a sultry delight, and Una Merkel never isn’t entertaining. (You may remember her from her The Parent Trap and Pollyanna.) The movie itself is not much, though. It’s an example of a pre-Code heroine using sexuality to get ahead, but there are better ones out there. Probably it’s remembered the way it is because of Jean Harlow. There are worse women to look at for seventy-nine minutes. 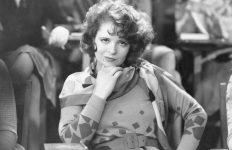 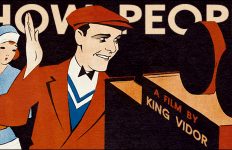 Year of the Month: Son of Griff on Show People→ 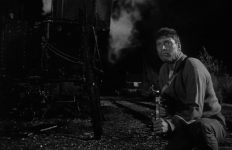 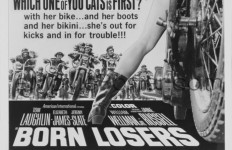