When I was in high school, I observed that my generation didn’t have an “I remember where I was” moment. Then Kurt Cobain died, so yeah. It hadn’t been strictly true even then; most of us can talk about where we were when the Challenger exploded. Still, as I launch into middle age, I’m increasingly aware that there are certain pop culture things that get quite a lot of Gen-X reminiscing. This was sparked the other day by a conversation with our own Persia about the Great Tiffany Versus Debbie Gibson rivalry. In which I personally took no sides, liking both of them, but she and I chatted happily while the Millennials had no idea what we were going on about.

Obviously, your specific signifiers are going to have a lot to do with where you grew up, your ethnic background, and your specific tastes. Yes, we all remember 9/11, of course, and I’m sure most of us remember the Challenger. Probably most of us remember Kurt, too—though my best friend, a geriatric Millennial, was apparently actually listening to the radio station that broke the news at the time. We joke that we are old enough to remember when MTV played music videos, but specifically what we talk about tends to be what the first video we saw was and our opinion of Remote Control and Liquid Television.

The other day in the fabric store, the music they were playing was the theme to Twin Peaks. The woman at the register, who was probably in her twenties, said she felt as though she was in a horror movie, but quite a lot of us from Gen-X are specifically in the woods around where I live, standing on the shore of a lake with Pete Martell and finding Laura Palmer’s body. When those younger than us got into Rick Rolling, I can’t have been the only one who remembered how obsessively that video played on VH1 when it was new.

We remember having an opinion on at least one of Prince’s protégées. We remember when Bobby Brown was a popular performer. We remember when Gloria Estefan had her bus crash. We remember when MC Hammer tried to switch to gangster rap from harem pants. I saw a reference recently to Swatch watches, and I started having flashbacks. Several times, I have explained to younger friends the ‘80s and ‘90s trend of Movies That Exist To Showcase Many Pretty Young Men. There’s no young male star from the era who didn’t do at least one of those.

I’ve explained to people that Family Matters was a spin-off that was originally more about Harriette. The fact that The Disney Channel was originally a pay cable station that mostly played things out of the Vault—I saw, when it originally aired, the first movie made for the channel. There were two Goonies music videos with Cyndi Lauper, the more and less interesting ones, and they always played the less interesting on on MTV. My mom had been a Donahue viewer and took, once Oprah started her show, to making her decision based on the day’s topic, as they aired at the same time.

There were a lot of rivalries we could in theory take sides about. Tiffany and Debbie Gibson, of course. Charlie versus Emilio. Nirvana versus Pearl Jam, when we were in high school. Arguably, Madonna and Cyndi Lauper. Heck, we could have specific feelings about varying Madonna styles—the Madonna Wannabe era was never my favourite, and I prefer “La Isla Bonita.” And of course I remember the controversy about “Like a Prayer,” also one I really love.

Is a lot of our pop culture forgettable? Assuredly. Though my son saw a snippet of a Milli Vanilli video the other day and liked the song. I’m also never going to stop being mad that there’s no good way to access Pop-Up Video. There’s a lot of ‘80s nostalgia programming these days, but it never really catches the aspects of the ‘80s I remember most. The closest we’ve come to catching me in a nostalgia trap is quite a lot of Captain Marvel. I wasn’t at all surprised that she’d be attracted to grunge.

I don’t actually by coffee with my Ko-fi, but you could help me out with a bottle of New York Seltzer or Clearly Canadian. Even on a regular basis by supporting my Patreon! 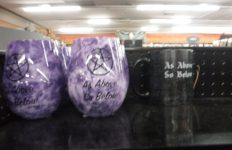 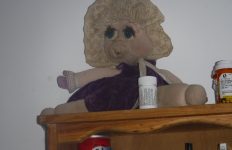 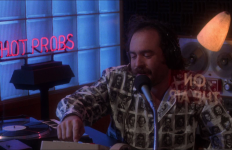 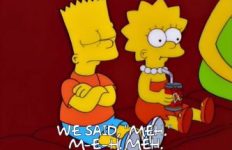