My four-year-old is, as I write this, watching Mystery Science Theater 3000. This, in and of itself, is not surprising. Sandy and her brother have grown up on this show; Zane, when he was about two or three, called it “La La,” I assumed because of the theme song. What’s interesting to me is that, the other day, I put on a Joel episode. Sandy did not object because it was Catalina Caper. She objected because she wanted to watch “the yellow jumpsuit.” Her preferred host is Jonah. And honestly, that would make Joel happy, even though he’s my preferred host, because he liked the idea that it would be something like Doctor Who, where you’d have a Doctor you liked best and it could be different for different people.

In Sandy’s case, I’m not sure how much she gets out of the show regardless. She tends to laugh when I laugh; she doesn’t seem to have much interest in the movies themselves. She doesn’t get the jokes. Still, she did deliberately ask to watch and was upset when it was suggested maybe she should do her housework first. But there are grown-ups who will have serious discussions about Joel versus Mike versus Jonah, Trapper versus BJ, and all sorts of other variations on the “this era of the show is better than that one” debate.

Oh, people can take it too far, but at its best, it’s just about friendly debate. It can be a weird sort of connecting experience. Sandy likes Jonah and I like Joel, but we both like the show, and we can talk about why—when she gets older—and share our experiences and preferences. In a way, this is another one of those things that helps her, and in theory her brother, develop critical thinking skills. She can explain, when she’s older, why she likes Jonah, and it will help her explain other things.

There’s also the fact that I don’t dislike Jonah—he does just fine in my opinion—and that means I can share the show with my child. We can connect, even if it’s not about the exact same thing. We’ve got this together. I’d imagine that some of my friends who like the original Doctor Who can do that with their kids, even if their kid prefers David Tennant to [looks it up] Tom Baker or similar. It’s something we can talk about that we both like, and there’s not enough of that.

Yeah, I know that there’s a lot of pop culture that my kids and I aren’t going to connect on. There already is—I have a monthly column about that, after all. But even if we don’t have everything, we’ve got MST3K. And if she wants to watch Mac and Me instead of Manos, the Hands of Fate, who can say she’s wrong? I’m sure Paul Rudd, at least, would approve.

Help pay the shipping and handling on my MST3K Kickstarter goodies; consider supporting my Patreon or Ko-fi! 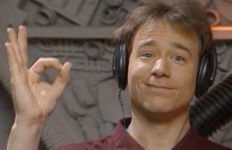 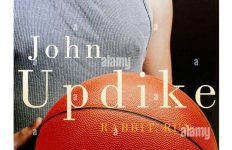 Rabbit, Run (Year Of The Month)→ 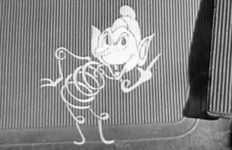 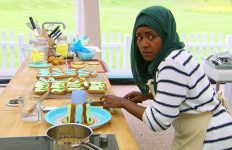