Browse: Home / How Many Films of ________ Have You Seen? Part II: Sydney Pollack (from Orrin Konheim aka SunnyD)

After going through one Sidney, I thought I’d do the second most well-known Sydney in film: Pollack. When he passed away in 2008 the same year as his producing partner at Mirage, Anthony Minghellia, I was honestly more disheartened by Minghella’s passing as I was a bigger fan of Cold Mountain and The Talented Mr Ripley but the media was much more abuzz with Pollack as the tributes poured in. His string of political thrillers throughout the 80s and the love he received from his actors (he directed 12 actors to Oscar nominations) made him a pretty popular name. He is one of a handful of directors with a Best Picture Oscar (“Out of Africa”) and a spot on AFI’s 100 Greatest Films of All-Time list so that should count for something.

This is going to be an entry where I’m going to hopefully learn more from you than you will from me. I wasn’t that well-read about Pollack or his effect on moviedom before I just read his IMDB biography, but it’s remarkable how much in common he had with the other Sidney: He was born to Jewish parents, started acting, studied in a New York conservatory, and cut his teeth in TV.

He also might be properly called a character actor as well. He dutifully carried out bit roles in his own films, but according to a Guardian article, he started acted in the 90s as a way to break the rut and “stay cheerful”. He worked for other greats like Stanley Kubrick, Woody Allen, and Rob Altman for reasons that I imagine might have had to do with continuing to learn from other masters. He also did various TV guest spots that struck me as thankless work. Even the recurring role on Will and Grace (his only recurring TV gig I’m seeing from his filmography) was probably seen by the network as stunt casting since NBC was pretty heavily into that in the early 2000s when its cash cows — Frasier, Friends, and Will and Grace — were on their last legs. But he was capable and could steal a scene. Personally, I remember him best in Michael Clayton since it’s likely the kind of film he would make.

Trademarks: My sampling is considerably smaller than with Lumet and they’re stylistically extremely scattered, but my understanding is that Pollack was drawn to intelligent thrillers and tensions.

The Slender Thread, Tootsie, Out of Africa, Sabrina, The Interpreter

Favorite: Although The Interpreter is an intelligent thriller that resonated with me at a time in my life when I was looking for a place to call home like Nicole Kidman’s character, it didn’t have much of a shelf life and I agree it belongs in a good but not great category. So I’ll go, from my limited options with the epic Out of Africa. It’s beautifully shot and it’s full enough to justify its running time. With Meryl Streep’s character we have an unusually good audience surrogate for this type of historical fiction that ordinarily feels distant.

Overrated: Tootsie, this falls under films whose motives for existence were well-thought out but were somewhat underwhelming. Dustin Hoffman said in an AFI interview that he saw the film more as a drama than a comedy once he was in the make-up chair:

It was at that moment I had an epiphany, and I went home and started crying, talking to my wife. And I said I have to make this picture, and she said, ‘Why?’ And I said, ‘Because I think I am an interesting woman when I look at myself on screen. And I know that if I met myself at a party, I would never talk to that character because she doesn’t fulfill physically the demands that we’re brought up to think women have to have in order for us to ask them out… ‘ I said, ‘There’s too many interesting women I have not had the experience to know in this life because I have been brainwashed.’

There’s something interesting and socially empowering there, but at the same time,  some of the soap opera elements are predictable. It’s far shorter on actual laughs than I would have expected from a comedy and was it really that novel? Victor/Victoria and Yentl came out right around the same time anyway.

Underrated: The Slender Thread. This sparsely shot 1965 film stars Sidney Poitier as a worker at a suicide hotline with Anne Bancroft as the voice on the other end sustains the tension with no outside elements for quite a ways.

Blind Spots: The most well-known  film I haven’t seen is probably The Firm which is a solid legal thriller but seems rather typical of the time period (Pelican Brief, The Client, Class Action, Rainmaker, A Time to Kill, and A Few Good Men were making their way on screen in this time period). I’m not sure if The Firm would show me something new. They Shoot Horses Don’t They is about a dance marathon which is the kind of historic trend I’m a sucker for exploring. It also features the only Oscar-winning performance by an actor who later went on to commit murder (Gig Young). Three Days of the Condor has Lorenzo Semple, Jr (of the Adam West Batman series) as its writer and might be my second choice as it would be an interesting time capsule of how the 70’s handled the now-more-familiar genre of CIA/government thriller. Would it be as anti-establishment as I’m expecting it to be? 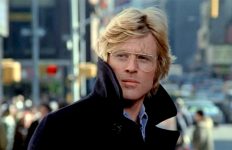 Film on the Internet: THREE DAYS OF THE CONDOR→ 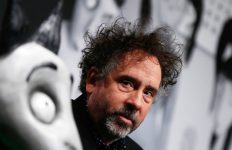 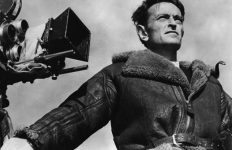