Browse: Home / In Which We Eat

Unless you are Andy Warhol, you probably have not made a movie about sleep. Dreams, often, but plots of movies are much more likely to revolve around people who for whatever reason cannot sleep. And a movie about defecation or urination is probably . . . highly specialized. No, the basic bodily function that gets the most movie attention is eating. And let’s be real; few of those movies are about eating. Few of them are a total celebration of food and its place in human culture as more than just something necessary to sustain life. Yet it’s the basic bodily function with the most communal aspect of pleasure—bad food in good company can be more pure fun than good food alone.

I would say there are five Great Food Movies. Each is from a different culture—spread across three continents, in fact. In at least six different languages, given that one is in both English and Italian. (One is listed by IMDb as being in five languages, but it’s also the one I remember least and you couldn’t prove by me that all five languages are actually spoken in the movie—and two of those overlap with our other movies.) It’s entirely possible that there are others that just don’t have the press, in other languages and from other cultures.

Tampopo. Babette’s Feast. Like Water For Chocolate. Eat Drink Man Woman. Big Night. Five movies, made in barely over a decade—from 1985 to 1996. Each about the preparation and eating of truly spectacular food. Oh, yes, under the food there is love and family struggle and economic pressure and even war, but the heart of the movie is the food. Five movies where you just want to climb through the screen and start eating.

Frequently in these movies, the preparation and sharing of food is used to replace love that cannot be expressed in any other way. Because that’s something people do. It doesn’t matter what kind of love it is, either. The love between a father and daughter in Eat Drink Man Woman is just as easily expressed with food as the shy courtship of Tampopo—or the rather more earthy feelings also of Tampopo. Though goodness knows that latter is expressed. Over and over and over . . . .

Food also represents home—the great moment of Big Night, for example, is the revealing of the tympano, the “secret recipe from their hometown.” There is a lot of subliminal drama in Big Night, as in all these movies, and the moment of purest joy is the reveal of the enormous dish from Home. It is exquisite food and nostalgia all at once. When Babette can afford to, she makes food that is the best that France can offer for people who have never experienced great French food.

The food itself ranges from the incredibly simple to the incredibly complex. The whole plot of Tampopo, of course, or anyway the main plot, is about the drive to create the perfect ramen. Okay, not packet ramen, but still—not a tympano or the hotel feasts in Eat Drink Man Woman. The food in Like Water for Chocolate ranges in complexity, because the point there is what the food becomes based on sublimation of feelings into cooking. Arguably, the point of the food in all of these is not the food but what food means, but it’s still amazing-looking food.

Even in Big Night, there is still room for simplicity. The moment where Primo (Tony Shalhoub) and Secondo (Stanley Tucci) share the most love is when Secondo—the businessman of the pair—makes eggs for breakfast the next morning. All they and Christiano (Marc Anthony) are eating is eggs and bread. It is also the moment where the pair are actually able to show how much they love each other. Because Secondo has taken the time to make a breakfast just for his big brother.

Let me also here throw out some love for a TV show—Samurai Gourmet on Netflix. It’s about a former salaryman who is retired and spending his retirement eating and enjoying food, and it’s worth watching if for no other reason than to watch Naoto Takenaka as Takeshi Kasumi take first bites of things. There’s something of a plot, but it doesn’t matter. Literally, I think; it’s just a vague framework to celebrate food. Making it truly worthy of inclusion here.

Help me afford to feed those I love; consider supporting my Patreon or Ko-fi! 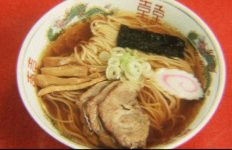 MM…Food: Tampopo by Jacob Klemmer (Year of the Month)→ 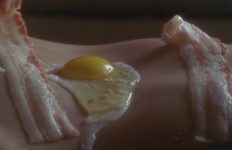 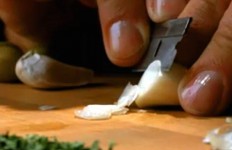 Taco Break: Let’s Get a Taco→