The last day of the Seattle Lesbian and Gay Film Festival is the shortest weekend day. Only three screenings, and a closing night party (comes with film and party ticket). Today was the day which only had one single screen of films running all day, and so the lineup was fixed.

The first film of the lineup was An Honest Liar, a biodoc about a magician called The Amazing Randi. I’m too young to remember The Amazing Randi, but apparently he was a semi-big thing back in the day. I think I might ask my parents if they remember him because his biggest phases were before my memory. He made his name first by being a magician, then by being a proto-Penn & Teller in that he would call bullshit on everybody and everything. He had vendettas against psychics and faith healers in general, carrying on specific feuds with people I hadn’t heard of, Uri Geller and Peter Popoff.

To be honest, what was fascinating, for me, was that An Honest Liar is all about Randi pulling hoaxes in order to point out how gullible we are, yet the only things I had ever heard of was Alice Cooper (he helped design the Billion Dollar Babies tour props), Happy Days, and Johnny Carson. Everybody and everything else was outside my life’s scope. To me that’s hilarious, and I think Randi would be laugh and also say “thank god” when I said I started doing cursory glances into the people mentioned just to prove that this biodoc is even based in reality. Trust me, even if this doc is all bullshit (and it doesn’t look like it is), it’s entertaining bullshit and will entertain you.

The second of today’s program was the Family Ties shorts program. It was largely a snooze fest. Sorry guys, but none of these did anything for me. They were all about the family coming to grips with their child being gay/lesbian/whatever. And, just…not for me.

The closing film is the upcoming Life Partners, starring Gillian Jacobs and now-married couple Adam Brody and Leighton Meester. Jacobs and Meester star as really good friends when Jacobs finds a guy to get serious with, emotionally separating from Meester. The twist is that Meester is a lesbian, and also gets embroiled with lesbian drama. Originally written with a more political bent, Jacobs’ character originally was meant to be waiting for marriage until gay marriage was legal, the politics have been edited out to focus on the relationship negotiation and adult steps toward maturity.

Life Partners is everything I wanted from Frances Ha. The entitlement is less addressed, Meester keeps dating and criticizing women who are still living at home without acknowledging that she gets a stipend from her unseen, middle-class, parents to fuck around. And, Life Partners is far more winning with both Jacobs and Meester being that movie-level flawed where they’re just selfish enough to be dimensional but not enough to be caustic. But, it hits many similar beats overall with a different and better ending that doesn’t answer any of the questions that both films bring up. 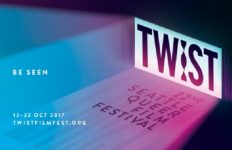 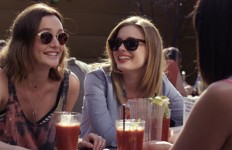 The real friendship of LIFE PARTNERS (2014)→ 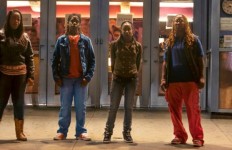 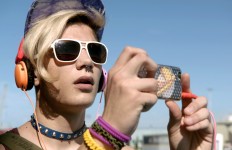