This is the only major DLC released for this game – there’s also a fairly unsubstantial shooting gallery, but has no story outside of a smarmy asshole you beat and is mainly made out of recycled elements. This story has about half the substance of the major plot quests, or about twice the substance of sidequests, and it has both high stakes and major development of a setting detail. The premise is that batarian terrorists have taken over an asteroid being used as a base for a bunch of engineers and are flinging it into a planet a la Armegeddon. When humans started colonising the galaxy, they ended up encroaching on areas the batarians assumed they’d called dibs on, and they threw a collective hissy fit and withdrew from Citadel space when the Council didn’t give a shit (I feel like a techie delivering exposition in a cop show writing like that). There are two main batarians in the story, and they pretty much cover the gamut of batarian responses to humans – the main villain, Balak, holds a grudge against humans enough to try and kill a planet over it, but he also has a sidekick who comes to you and tries to settle things peacefully in exchange for information; he was just here for ‘a simple slave run’ and make some money.

DLC gets a bad rap in the gaming community as a way for developers to squeeze more money out of players, deliberately holding things back to get that extra dollar. Developers themselves have called bullshit on that, with DLC generally being things that would otherwise be left out of the game entirely; I especially like how Bioware approaches the concept, with this being one of the earliest examples of them consciously trying to polish the Mass Effect experience. At the simplest, it has things like more auto-save points, more offbeat level design that forces the player to think laterally, things like that. It’s most successful development of the game’s basic principles is how it makes driving around in the Mako more fun – the asteroid is fairly easy to navigate, and the MacGuffin you have to search it for isn’t random tech or medallions or whatever, it’s engineers who were killed by the batarians; each was killed in a unique way with their own sets of ‘clues’, with my favourite being the guy who saved himself with security drones, tried to flee to the main facility, and ended up sniped out in the open.

(You can also find a pirate radio station the engineers set up, which does nothing in gameplay but is cute and charming)

Even better is the incredibly polished Mass Effect-specific story. Unlike the wandering, non-specific MacGuffins of the rest of the game, this gives you a very clear goal: turn off the three fusion torches to stop the asteroid being directed into a planet and then rescue the scientists from Balak. That allows not just setting details like the batarians to come up, but Shepard’s choices, and you get some juicy choices to make in this. The climax of the story is some pure Paragon V Renegade: Michael Dorn of Just Ice, as you’re forced to choose between killing Balak but losing the civilians in an explosion, or saving the civilians but letting Balak go. The fundamental difference between Paragon and Renegade is the former values saving the innocent and the latter values punishing the wicked; if Shepard makes the Paragon choice, she’s gambling that someone will stop Balak before he does something even worse. If Shepard makes the Renegade choice, she’s denying responsibility for getting a bunch of innocent people killed.

My favourite choice, though, is earlier, when you’re confronted by Balak’s number two. As said, he’s not the fanatic Balak is, but he does, you know, take and sell slaves for a living, and when he offers a truce, it’s possible to be so morally offended by his occupation that you can just tell him to get fucked and kill him anyway. It’s also significant that three out of your six backstory options involve batarians in some way (including the possibility of batarian slavers destroying your childhood home and killing your parents), and if you’re playing a character, then whether you choose to work with him or not has significant meaning; it can be extremely cathartic to tap into that Tarantino-esque revenge, and it can be extremely cathartic to rise above your baggage for a greater good. Paragon Shepard can, in this mission, say that saving the innocent is what separates her from the bad guys, which has always affected how I played her. 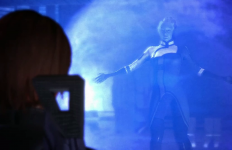 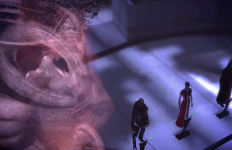 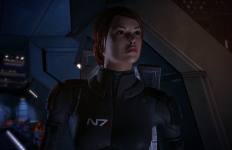 Jerks & Saints Redux, Episode One, “Eden Prime” or “Why Doesn’t It Ever Go Smooth?”→