It is well known that Coraline began as a mistake. When writing his novel of the same name, Neil Gaiman had originally intended to name his young protagonist “Caroline,” but mistyped it. Liking the sound of it, the way it sounded close-but-not-quite to the intended, Gaiman decided to rechristen the character. It’s a smart move, not only because it makes the title stand out, but because of the way it reflects Coraline’s journey through a world that’s familiar but slightly off.

Keeping the typo also plays into a theme running throughout the novel: the consequences of mistakes. Almost every character in the movie has been informed by a mistake of one kind of another. The two former acrobats, Miss Spink and Miss Forcible, had their act torn apart by an affair, and have let themselves go to seed. Mr. Bobinsky, an eccentric Russian man with a circus of dancing mice, has blue skin, the result of contamination from the Chernobyl disaster. Coraline’s mother wears a neck brace for the duration of the film, the victim of an unseen car accident. Finally there’s Wybie Lovat, the landlady’s grandson whose name is short for “Wyborne,” an especially terrible thing to name a child.

All of these are in service of Coraline’s three big mistakes, which drive the plot of the movie. Her first mistake is in believing that there is a perfect version of the world just out of her reach, and place where everyone exists to entertain and lavish attention upon her. Her second mistake is in trusting the suspicious, button-eyed creature who takes the form of her mother (the so-called “Other Mother”) and says she can deliver that perfect existence. Her third mistake is thinking she could get that without paying a terrible price.

Of course, these mistakes are common among children, as Coraline discovers for herself when she meets the ghosts of the Other Mother’s three other victims. They were all like her, looking for attention and people who would cater to their whims, and were drawn in by the Other Mother’s custom-made paradise that they didn’t realize was a trap until it was too late.

In service of this the Other Mother takes on more arachnid qualities as Coraline discovers the truth about her. The Other Mother is an expert seamstress, with sewing needles for hands. (The very first thing we see in the movie, in fact, is the Other Mother’s hands unmaking and recycling a doll to spy on Coraline.) At one point, during an escape attempt, the bottom falls out of a room, a spiral pattern on the carpet remaining and forming a web in mid-air. Typical of Gaiman, though, those qualities go beyond mere creepy imagery. He gets into the mythological roots, and the Other Mother is revealed to be a trickster as much as anything. She loves riddles and games, employed as a testament to her own cleverness. That hubris, of course, is her fatal mistake, as it is for all tricksters. They’re so convinced of their own superior intellect they fail to consider that their victim might abandon the rules they’ve created.

Everyone makes mistakes, which is good because mistakes make the world interesting. Silly putty was a mistake, as were chocolate chip cookies, penicillin, fireworks, x-rays, and corn flakes. Sometimes they hurt, and if you’re lucky they’ll lead to an exciting adventure. Mistakes will always have an impact, but if you’re open to the lessons they teach you might be able to control how they affect your life. 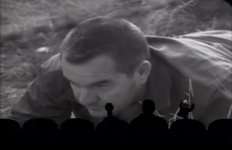 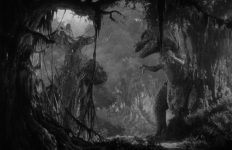 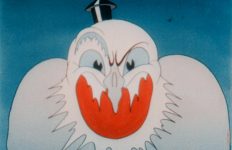