The holiday season is over. We’ve even passed Twelfth Night, the twelfth day of Christmas. The decorations have come down. The Yule log is ashes. Even the leftovers are finished by now. Time for a cozy cup of something warm and one last present, hidden there in the torn scraps of wrapping paper. You know the one.

In that spirit, let’s talk Big Trouble in Little China, generously gifted to me by our own Belated Comebacker. I had never seen it, somehow, despite being of the generation that idolizes it. (I turned ten that year.) My partner watched it once when I was around, I think, but I was doing other things and missed part of it anyway.

Now, right away, I’m thrilled to watch anything with Kim Catrall. I’m a solid enough Mystery Science Theatre 3000 fan to immediately think, when I see her, “She’s so swell!” However, I am also hesitant enough by the awareness that a movie set in Chinatown has, as its two leads, a couple of white people. Though I’d note that almost the entire rest of the cast is of Asian, and mostly Chinese, descent. So that’s considerably better than it could be.

Still, our lead is—as even I knew—Jack Burton, played by Kurt Russell. He’s a trucker who is friends with Chinatown restaurateur Wang Chi (Dennis Dun). Wang has been working for years to earn the money to bring his beloved Miao Yin (Suzee Pai) over from China. However, at the airport, she is kidnapped by men working for Chinatown banker David Lo Pan (James Hong). It turns out he was cursed thousands of years ago. In order to break the curse, he must marry a green-eyed woman. They are rare in China, but Miao Yin is one of them.

The fact is, Jack’s incompetent. He thinks he’s the hero, but he’s the sidekick. But since he’s in an American movie, he’s the main character. The action happens around him, and he screws up just little enough so that the plot isn’t entirely derailed. I’m not sure he notices. He’s out of his depth in nearly every particular. That, he knows. But that Wang would arguably be better off facing Lo Pan without him? That, he doesn’t know.

Honestly, the idea that Kim Catrall will be an acceptable bride despite not being Chinese makes you wonder why Lo Pan didn’t have that idea ages earlier. Sure, okay, he probably spent quite a long time in China after being cursed, but he’s been in San Francisco long enough to notice that white women with green eyes, while not the most common, do exist and are considerably more common than Chinese women with green eyes. Or maybe she won’t be, and he’s hedging his bets in cast things go wrong with Miao Yin.

We do get the whole movie from Jack’s perspective. In his eyes, he’s the hero. Honestly, he thinks he’s cooler than he really is. Society has accepted that, and he’s now seen as being as cool as he thinks he is. But remember that, on his own, Jack would have been lucky to survive reel one. The real hero is Egg Shen (Victor Wong), but the movie seems unaware enough of that to have put him in the completely worthless introduction that the studio insisted on, so we’d understand what the movie was about.

So? How was everyone else’s gifts? 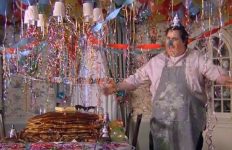 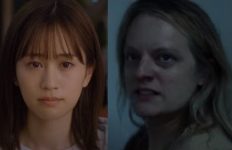