This week dares to ask the question, what if Superman was an evil little boy? Though finding an answer that question will be difficult, since it’s being posed by Brightburn, a movie that does not exist (though it still exists more than another new release this week, The Hustle). Luckily, this week also offers many films that do exist, none more so than Alain Resnais’s masterpiece Last Year at Marienbad, back in print in the U.S. and with a new 4K restoration. In addition to that service, Kino is also releasing Bob Fosse’s Sweet Charity on Blu-Ray, leaving Star 80 as the only HD holdout in his filmography (Criterion, please a move on this). And there’s fine work being done by Shout Factory, with a three-disc reissue of The Harder They Come, and Cinema Guild, giving us Nuri Bilge Ceylan’s latest, The Wild Pear Tree. And then there’s Arrow’s release of William Friedkin’s Cruising, which, as with any William Friedkin, seems to be mired in controversy. It’s not quite on the level of him deciding that The French Connection should be magenta-tinted, but Friedkin has radically changed the image for this Blu-Ray, removing the blue tint present on the DVD and scrubbing the image clean of grain. Some might say that this particular Friedkin doesn’t deserve better, but maybe in general it’s a good idea to keep him from being too hands-on in the home video department. 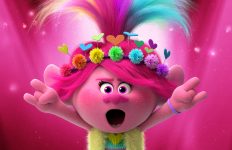 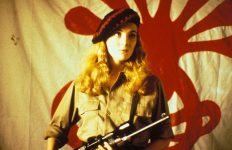