A light week with two big Criterion titles; the fifth in their run of David Lynch titles, The Elephant Man, and the third in their Martin Scorsese-curated series of underseen films from across the world. There’s also Ghost Ship, with its memorably gross opening and nothing else to show for it, and Havana, the Sydney Pollack-Robert Redford take on the Cuban Revolution that everybody was dying to see in 1990. 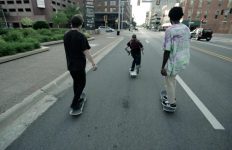