Quite a robust week for home video, and no thanks to Criterion, whose only offering is a standalone Blu of the World Cinema Project box set feature Trances, without even the new special features of fellow box set entry Touki Bouki‘s similar reissue. Hell, Kino is lapping them this week, even just on them finally releasing Jane Fonda and Donald Sutherland’s long-suppressed anti-Vietnam doc/comedy revue F.T.A. They’re also releasing a restored version of Dennis Hopper’s overcranked neo-noir The Hot Spot, a corrected version of their Bring Me the Head of Alfredo Garcia Blu, and the boutique-label Cool as Ice release we’ve all been demanding, complete with film-historian commentary; the work of Janusz Kaminski has never been so classily presented. Moving to the major studios, we’ve got two big-ticket 4K reissues, amusingly as two opposite ends of the Solute spectrum. One, Speed, is beloved by all, and the other, Big Fish, is a flashpoint of either intense love or intense loathing. As perhaps evidenced by what I put as the header image, I’m in the “intense love” division, I’m a sucker for daddy-issues sap brought to life by great casts and crews and will accordingly buy this and put this near my Interstellar and Ad Astra 4Ks. 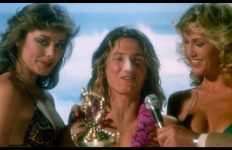 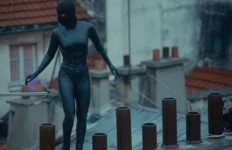