A lot of great stuff this week, so let’s get started. Maybe my favorite title is Criterion’s unexpected but very welcome release of Gina Prince-Bythewood’s debut Love & Basketball, a romance so casually thrilling and insightful it’s set a high water mark that Prince-Bythewood has yet to come close to matching (Beyond the Lights is good too, though). Or maybe my favorite is the 4K of M. Night Shyamalan’s Unbreakable, if not Shyamalan’s best (my heart still belongs to The Village) then at least his greatest piece of visual storytelling. Beyond those two, you’ve got the Warner Archive Collection spoiling us with Blu-Rays of The Naked Spur and Straight Time, Paramount making the odd but very fun choice to give the Kurt Russell thriller Breakdown a 4K restoration and a spot in its prestige “Paramount Presents” label, Francis Ford Coppola continuing his run of restoring and tinkering with his movies with a restored, reedited Blu-Ray of his debut Dementia 13, and mainline Warner continuing its (loooooong) run of Stanley Kubrick reissues with a 4K of A Clockwork Orange. I’m waiting for them to get to Eyes Wide Shut, personally. 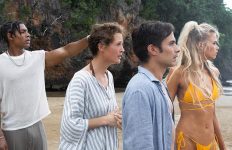 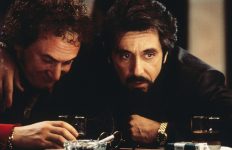