The hype surrounding Julia Ducournau’s Titane was overwhelming by the time it won the Palme d’Or and actively doing the movie a disservice by the time it got an actual release. It’s not hard to hear about a movie being the craziest/grossest thing you’ve ever seen and either be worried that it’s just empty provocation or that it’ll be too gross to actually watch. Your mileage may vary on the first point but thankfully the second one is just false, as it frontloads all its nastiest ideas and then takes a hard left turn into a surprisingly touching register, like imitation David Cronenberg suddenly became imitation Atom Egoyan (and Vincent Lindon is about as good as Bruce Greenwood is in the actual Egoyan movies). I get if the initial onslaught makes you dubious about the sincerity of the rest, but I found the combination pretty affecting.

Whatever one says about Ducournau, it can’t be denied that she at least isn’t Edgar Wright. People were getting suspicious on the sustainability of Wright’s high-energy comedy formula after Baby Driver, and Wright attempted to prove to those people that he could work in a different genre and style. He couldn’t. Last Night in Soho is an appalling misfire, a movie that should at least have something going for it and instead has nothing at all. It should coast on style for a little bit, except it doesn’t even look that good, Wright’s 35mm fetishism somehow making even vibrant Swinging London locales look as flat and sterile as the most careless digital production (Bill Pope being absent behind the camera for this raises some questions about who was pulling the weight in that collaboration). It has precisely two interesting visuals, which are neat the first time and exhausting the next 20 times Wright repeats them with no modulation. It also stumbles upon some pretty offensive views of women and sex workers despite its cloying attempts to be a Believe Women statement (Wright’s oft-noted problems with writing women really come to the forefront here, you wonder if he’s ever seen a college-age girl in the wild). But worst of all, it is just appallingly boring, 90 minutes of confused walking-around and then 20 minutes of breathless stupidity as a final insult. It even made me hate Thomasin McKenzie, stuck playing the dopiest wide-eyed naif caricature with a baby-doll voice. Shyamalan didn’t make McKenzie go this dumbed-down playing a literal child in Old, but then again Shyamalan also makes his horror movies actually be scary so clearly he’s just working a different way than Wright.

What else is out this week? Quite a bit. For anybody still waiting on Drive My Car, you can finally tide over with this year’s other beloved Ryusuke Hamaguchi movie, Wheel of Fortune and Fantasy. Criterion continues its 4K run with a reissue of A Hard Day’s Night (blessed by coming out in the midst of a post-Get Back Beatles resurgence) and continues its run of very high-profile new releases with Garrett Bradley’s Oscar-nominated documentary Time (which at least everyone can agree is worthy of instant canonization). And Indicator Series, the British home video line that’s been doing great work for years now, finally comes to America with a line of three titles, including the Peter Sellers drama Hoffman which he (unsucessfully) tried to burn the prints of rather than have it be released. 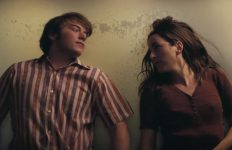 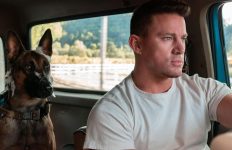