I’d rather play a maid than be one. –Hattie McDaniel

On the radio, Amos and Andy were white. Freeman Gosden and Charles Correll, the creators, came out of the minstrel show tradition; they created the series in the hopes that they’d be able to use any success it had in moving onto the stage. They were originally asked to adapt the comic strip The Gumps, but it would have required female characters, and they considered themselves more adept at imitating their take on black dialect than imitating women, and the idea of just, you know, hiring women to voice those characters apparently didn’t occur to anyone. So for nearly thirty-five years, what with one thing and another, two white guys were voicing two of the most famous recurring black characters on radio. Early in the show’s run, they even made a movie—with Gosden and Correll in blackface as the leads.

My purpose here is not to defend the existence of Amos ‘n’ Andy. Rather, it is to lament that so many black actors were, because of the racist nature of the movie system, only able to appear in roles that we do not watch anymore because of their toxicity. I do not want my children watching Amos ‘n’ Andy; I’ve never seen it myself, come to that. (It’s worth noting that it is almost impossible to see it even if you want to; NAACP protests ended the TV show, which was extremely popular, in its first season, and CBS has refused to release it for wide distribution.) This is a recurring issue in Attention Must Be Paid for me—many of the early black performers are relegated to things I have no interest in watching because of their very nature.

After the deserved failure of the blackface Check and Double Check, it was agreed that the cast for the Amos ‘n’ Andy TV show would actually have to be black. This means that the show—which apparently featured basically no white characters—hired almost exclusively black performers. Amos Jones was played by actor Alvin Childress, a veteran of the Federal Theater Project’s American Negro Theater. After the show’s run, he would find it hard to find work because he was typecast as Amos. Andy Brown was played by Spencer Williams, one of the most successful directors of “race films,” movies made specifically for black audiences. Kingfish was played by Tim Moore, a former vaudeville star who died in poverty.

James Baskett was one of the few black actors on the Amos ‘n’ Andy radio show. He made eight movies in his short life, most of them race films. His final performance, for which he won an honorary Oscar—Walt Disney apparently lobbied for an actual competitive nomination for him but failed—was as Uncle Remus; as it happens, the voice actor for Brer Rabbit, Johnny Lee, would also go on to be on the TV show. One of his costars in Song of the South was Hattie McDaniel, the first black Oscar winner for Gone With the Wind. Because she mostly didn’t do race films, she mostly played maids.

Of course, a large part of the problem is that race films are not widely available. The Blood of Jesus, directed by Spencer Williams, is actually available on Amazon Prime, but I’m surprised to learn that. Certainly it’s not something people mention. I recently watched The Green Pastures, a major studio production directed by two white guys (one was William Keighley of Lux Radio Theatre fame) which is supposedly the black version of various Old Testament stories. Its cast is entirely black, and while most of the characters are, yes, stereotypes—it’s also a movie where a black man, Rex Ingram, plays God.

And Eddie Anderson played Noah; Anderson is best known as Jack Benny’s servant Rochester. He was so identified with the character that he was actually credited, frequently, as Eddie “Rochester” Anderson. In many ways, though, the treatment of Anderson and Rochester should have been more of a guide; the cast of the show treated Anderson as an equal and wouldn’t stay in hotels where he wasn’t permitted, and as the show progressed—before, it’s worth noting, Amos ‘n’ Andy appeared on TV—the character of Rochester stopped being a stereotype and was treated with as much dignity and respect as, well, anyone else on the show. Which is of course to say not always a lot.

We could have this same conversation about performers of other ethnicities, with the obvious difference that we wouldn’t have as many examples of performances by actual people of those ethnicities. It quickly became apparent that blackface wasn’t acceptable, but other versions of white actors’ playing PoC persisted for decades. It was the truly depressing thing about watching Zorro. But with few exceptions, no matter what ethnicity the actors were, they had the choice of playing ethnic stereotypes or not getting work acting. They all made their choices.

The only problem with the erasure of racist movies and TV shows is that many of the performers in them will be forgotten. I’ve almost certainly seen Alvin Childress in things; he did an episode of Perry Mason, for one thing. (Directed by Richard Donner-yes-that-Richard Donner!) But even there, he wasn’t a named character, just “Janitor.” The print of The Blood of Jesus on Prime is very low quality, and they don’t exactly make it easy to find. It’s technically impressive, despite its obvious low budget, but it’s hard to get a full feel for it because of how muddy the print is.

We live in a society where a couple of white guys actually showed up on the set of a TV show to tell black actors how black characters talked. We’ve moved on since then, goodness knows; we don’t substitute honorary Oscars for nominations for PoC anymore. And when black people are nominated, we don’t segregate them to their own table alone with their plus-one anymore. We haven’t moved on far enough; there’s a long way yet to go. However, the progress we’ve made in in part on the efforts of people whose work we have relegated, rightly, to the dustbin of history. Let us not forget the performers along with the performances.

Remember Amos ‘n’ Andy never would’ve existed if they’d just thought to give money to women and consider supporting my Patreon or Ko-fi! 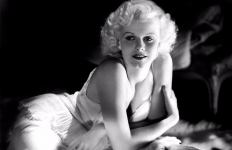 The Code and Women→ 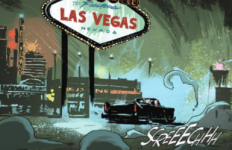 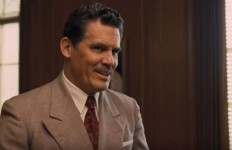 HAIL, CAESAR! – Based on a True Fiction→ 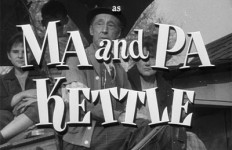 The Great Is the Enemy of Remembering the Bad→