Browse: Home / Representation Is Not Tokenism

Among other disappointments this week, we learned that the Oscars are still awfully cis-het white male. And then Stephen King, of whom I am quite fond, posted tweets about how he doesn’t consider diversity when making choices, just what’s the best. And that got me thinking—I’m not actually asking him to vote for “diverse” movies (apparently, he’s an Academy voter) just because of their diversity. And obviously, at least part of the issue is how much the Academy membership remains a group of cis-het white men. (Old cis-het white men, too, which is a factor.) But I think it’s also that the Academy voters are not as inclined to look outside their own interests.

Here is where I acknowledge that I am basically completely out of the loop on this year’s Awards Season Discourse. I tend to ignore discourse when I haven’t seen the relevant movies, and hoo, boy, I have not seen many of the relevant movies. Do I think Harriet is a superior biopic or Judy? Don’t know; haven’t seen either. How much was Little Women robbed? Ask someone who’s seen it. I haven’t even seen The Irishman yet, because that requires a large chunk of my day where I’m not watching Team Umizoomi (probably next month’s Stuff My Kids Watch) with Irene. So I’m necessarily going to be speaking in generalizations, here, and if you think my point is obscured by not talking up your preferred movie, just go ahead and assume I haven’t seen it.

Now, obviously, the first place you have to start with your representation is by making movies about women and minorities. You can’t give them awards if they aren’t made. But that, from what I can tell, is not this year’s problem. Because you do have movies like Little Women and Judy and Harriet, which I can tell from just the titles are the stories of women, and in one case a WoC—indeed, I’ve been saying for literally years that there should be a Harriet Tubman biopic, and why wasn’t there? And Us is eligible this year, and I’m sure people a lot more familiar than I can list other movies. Parasite, that’s one a lot of people are talking a lot about.

But okay, let’s even move beyond that, and let’s talk about two major movies from the past that were not unnoticed, at least in nominations, at awards season, one considerably closer to Stephen King’s heart than most of the movies that came out this year. Because we’re going to talk for a minute about 1994. (Also the last time there were Oscar discussions about Little Women!) And we’re going to talk for a minute about two roles that were played by black men . . . for no plot-specific reason.

In point of fact, I’ve always believed Morgan Freeman to have been technically miscast in Shawshank Redemption, because yeah. Call me crazy, but although I won’t dispute that there were likely a few black men in Maine prisons during that era, I will dispute that his race just . . . wouldn’t be an issue. And no one ever makes an issue of Red’s race. But who cares? Morgan Freeman is so beautifully cast in the role that it doesn’t matter. He does an excellent job in the role, and after a while, it stops mattering to the audience, too, that he’s black. And Freeman got a Best Actor nomination for the role, and Tim Robbins didn’t get a Best Supporting one for Andy Dufresne, arguably a more important character.

Similarly, why is Jules Winnfield black? Because he’s Samuel L. Jackson. Now, I don’t like Quentin Tarantino, and I think he’s got a complicated and not-great history with racial issues, but the point is that I can’t remember any in-story reason for Jules to be black. Or Marvin. Or Marcellus Wallace. Or Paul the bartender. They just are, because for once in a movie, there are black people in the world.

So why isn’t it tokenism? Because their being black isn’t the point. Morgan Freeman was probably cast as Red because, man, if you’re going to listen to someone tell you a story for two hours, it might as well be Morgan Freeman. Samuel L. Jackson was probably cast as Jules Winnfield because why wouldn’t you cast Samuel L. Jackson if you could? That’s how you put women and PoC and so forth in movies without making them tokens—you take a role that has no reason to be a cis-het white man and cast literally anyone else instead.

There are people who will tell you that John Travolta was considered the lead and not Samuel L. Jackson because of racial issues, but I’d argue that more of the movie is about Vincent Vega, though I’d also honestly argue that there is no real lead performance in the movie, surely a different argument. But even if that were true, I’d also counter with the observation that it was Samuel L. Jackson who got the nomination and not, say, Bruce Willis. Who probably drives at least as much of the plot as Jules. Opening up your casting options opens up awards options.

Similarly, open up your viewing choices. Don’t see Little Women because it’s about women. See it because you heard it’s good and because it meant things to people. Don’t vote for it because it’s the “diverse” choice; vote for it because seriously, do you really think the King of Comedy rip-off was better directed? I promise you, Steve, this was not a slate of nominees that made me think people were exclusively voting for outstanding movies and that movies about women and PoC just slipped through the cracks.

Help me sneak away from my kids to actually see nominees in the theatre; consider supporting my Patreon or Ko-fi! 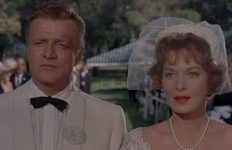 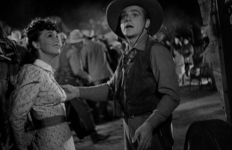 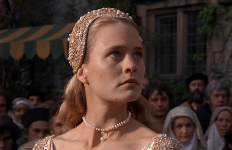 Women in THE PRINCESS BRIDE→ 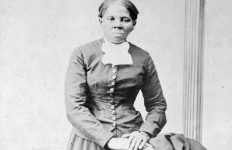