Browse: Home / Solace in the Dark

I have, as you know, long fought to keep my posts relatively apolitical. I wasn’t even sure I was going to write something today, as I am overwhelmed by fear and despair, and I hadn’t gotten around to writing anything earlier in the week. But I have to get words out. I have to keep going. This is our fight, and it is no less real because it’s words on a page for an obscure website that doesn’t pay anything.

When we despair, there is yet hope—at the movies.

Yesterday, we were talking about movies about the greatness of the United States. Almost without fail, those movies were about overcoming some aspect of the US that isn’t great. The notion that things will get better, because we will fight to make them better. Choices included classics such as Mr. Smith Goes to Washington, the story of overcoming government corruption for the good of the common people. Selma, the story of standing up to oppression in the name of freedom. Spotlight, the story of bringing light into dark places.

This is what movies do, in dark times. They talk to us about how things could be better.

The Only Film Class I’ve Ever Taken was about the history of the twentieth century through film. Our movie to represent the Depression was that Preston Sturges great, Sullivan’s Travels. The climax of the movie is the moment when a man realizes that there is value in escapism, that a moment of laughing at the antics of Pluto really does make him feel better, even if just for that moment. He is on a chain gang. He is watching the cartoon in a black church. It is 1941, and the church doesn’t even have a sound projector. But for a moment, he’s laughing.

Tempting as it is, I do not intend to disappear into a darkened theatre for four years. For one thing, I’ve still got to take care of my kids! And part of my fear is what will happen to the First Amendment, the possible chilling effect on art. But movies will still be made that talk to us about how we can make things better. Movies that bring the light into dark places.

Still I write. Still I watch movies. For all the mockery of The Shawshank Redemption‘s place at the top of the IMDb Top 250, I would like to celebrate it for just one moment. It, too, is a story of bringing light into dark places, and I maintain that it has one of the best endings ever written.

I find I’m so excited, I can barely sit still or hold a thought in my head. I think it’s the excitement only a free man can feel, a free man at the start of a long journey whose conclusion is uncertain. I hope I can make it across the border. I hope to see my friend and shake his hand. I hope the Pacific is as blue as it has been in my dreams. I hope. 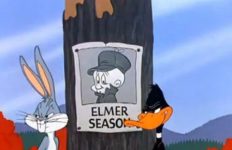 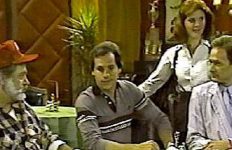 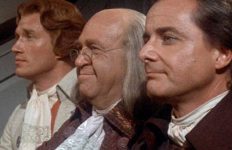