Of all the confessional songs I’ve heard, this one is my favourite. Written by Sonny Curtis after he took Buddy Holly’s place as guitarist for The Crickets, it was released to little fanfare on their 1960 album In Style with the Crickets and as a B-side to their single “A Sweet Love”. I find the lyrics a little crudely constructed, but that almost adds to the effect; this is a kid admitting he done wrong, he’s not gonna talk all fancy-like when he could just say “I feel so bad”. I admire the clarity of “I Fought The Law” – we know what he tried to do and we know he lost his pride and the love of his life in the process. It feels like Curtis is ‘playing tigers’, pretending to play the tough guy, but there’s a genuine sadness underlining the song. I also enjoy the guitar work, with an understated but gleeful solo.

In 1965, the Bobby Fuller Four brought the song to mainstream recognition with this cover. It’s more ostentatious in its presentation, with a wash of backing vocals in the bridge and a more full sound, but I’ve personally never really gotten into this version of it. It’s notable for changing one lyric that almost all covers since have copied – changing ‘zip-gun’ to ‘six-gun’, shifting the song from totally childish to a violent cowboy song.

In 1978, the Dead Kennedys recorded a cover of the song, changing the lyrics to protest Dan White essentially getting off scot-free for murdering Harvey Milk and George Moscone. The sound is much filthier and more acid-tinged, and Jello Biafra’s lyrics are tinged with irony and contempt for both the man who murdered people for no real reason and the Law letting him get off easy on it. This also dates the song terribly, anchoring it specifically within one controversy in 1978.

In 1979, The Clash discovered the Bobby Fuller version and went nuts for it, recording their own cover. This transforms the song into pure punk rage; the intro builds up with a drumbeat before the guitars absolutely explode, and Joe Strummer’s vocals are, as typical for him, enraged. This is not a confession, playful or otherwise – it’s fury at the injustice of the Law.

This transforms the song into a love letter to The Clash. Billy Joe Armstrong’s vocals are naturally tinged with a little sadness that ends up bringing the song back down in mood, to be fair. 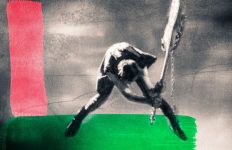 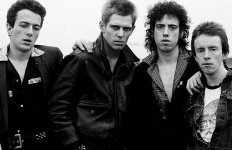