Browse: Home / Stay In Your Lane

Is Ben Affleck a good actor? Obviously, everyone is entitled to their own opinion about that. But it seems that the answer is, “Sure, when he’s playing a certain kind of character.” Within that character, he shows skill and even talent, and he can present those characters with both humour and pathos. If he tries to do a character beyond that, he tends to fall flat on his face. Possibly his best performance is in Shakespeare in Love, where he plays an absolutely anachronistic Ned Alleyn who is also the perfect Ben Affleck character; more likely it is Dogma, where Kevin Smith wrote an angel who was a perfect Ben Affleck character.

“Stay in your lane” is not the same as “you can’t act.” Or direct; we’ll be getting to directors. It acknowledges the skill and talent of the performer, but it also talks about how they’re really good at what they’re good at. And if they stray out of that, they show what they’re not as good at. It’s not about striving too high, either. Some people are very, very good at what we think of as more “worthwhile” stuff but fall flat when they’re trying to do more accessible stuff. Opera singer Marilyn Horne once did “C Is For Cookie,” and it’s magnificent, but it’s also still opera; Beverly Sills also sang pretty much everything like it was opera, from Gilbert and Sullivan to John Denver.

Some of the greatest actors in Hollywood history were great in their lanes. Cary Grant, for example, would not have worked as a schlubby everyman. No matter the role he was in, he exuded charm and grace—Penny Serenade fails because it goes for pathos without letting him really woo you first. (Also, it’s mawkish and melodramatic, but you know.) Every once in a while, John Wayne would try—either of his own or because someone had what they thought was a bright idea—and those are his most iconic failures.

What happens when you don’t get people staying in their lane? Cats. Now, don’t get me wrong; no one could have made a good movie out of Cats. That’s just true. However, what is slightly more controversial is the idea that Tom Hooper has a lane. Which he does. The King’s Speech is not a bad movie. John Adams is a fine miniseries. However, someone got the idea that he was the ideal choice to direct big-budget theatrical musicals, and Les Miserables did not dissuade them of this. Possibly because it’s less guaranteed to fail. We’ll hope Cats is the end of that little trend.

The idea that staying in your lane is a bad thing is why we get good comedians trying to do bad drama—along with the pervasive belief that comedy isn’t as “valuable” as drama. So comedians try to do important things and end up doing things they’re not as suited to. Genre performers and directors run into the same problem. Genre is seen as inherently “lesser,” so people who work in horror or science fiction try to break out of their lanes. Sometimes, they’re good at other things. Sometimes, they aren’t. But if they were good before, they’re still good in that thing.

Some people don’t have a lane. Some people’s lanes are broader than others. Some people’s lanes are harder to spot but impossible to miss once you do. But rather than shame the people who stay in theirs, or encourage them to leave it once it becomes clear that’s a bad idea—emphasis on “once it become clear that’s a bad idea,” of course—maybe we should admire them for knowing what they’re good at and doing it.

Even if you think I have a lane, I mostly stay in it here, and you can help pay the tolls by supporting my Patreon or Ko-fi!  Also, sorry about the quality of that image, but it’s the best available. 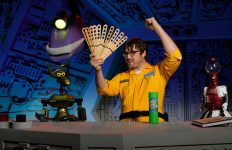 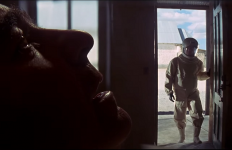 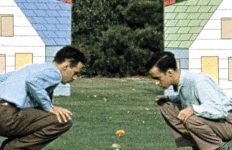