By now, you’ve doubtless seen the clip of the Ukrainian girl singing “Let It Go” in a bomb shelter. She has, deservedly, become famous. I’m sure that girl is mostly trying to make herself feel safer, and to a certain extent make those around her feel better. And, yes, she’s chosen to do so by singing a Disney song. Doubtless this has a lot of people annoyed at corporate takeovers, because she’s not singing a Ukrainian folk song. However, she’s singing the song that gives her the most comfort, and it’s worth taking a long, serious look at why that is and what it says about us as a species.

Recently, I told my five-year-old my firm belief that courage isn’t the act of not being scared; it’s being scared and doing something anyway. I have no doubt that the little girl is scared. Of course she’s scared. Her country is being invaded; children like her are dying. Surely she knows that. But what she’s doing, if I’m any judge, is remembering a moment where a character chooses not to live in fear all the time. “Let It Go” is a song that’s resonated with a lot of people in very different circumstances because they can use it to declare their own strength. They can face what scares them and be strong.

Yes, it’s also likely because that girl has watched Frozen approximately eighty-seven thousand times. She knows that song backwards and forwards. If she’s not thinking about what the lyrics actually say or where in the movie the song comes, she’s just singing a song she really loves. That alone gives her strength, because she’s using something familiar for comfort. In a normal day, instead of huddling in a bomb shelter likely with strangers, afraid for her life, she could put in the DVD and giggle with the funny snowman and admire Elsa’s dress. Frozen represents the normal world, a world she’s now removed from.

You don’t have to be living in such an extreme situation. As I said, I know people from a wide range of toxic and abusive upbringings who find strength in “Let It Go.” After all, it’s a song so powerful that it changed the entire course of the film, because they couldn’t give it to a villain and have them remain a villain. And if it’s not “Let It Go,” it’s likely something else. Some moment you draw in, inside yourself, that gives you strength. Alan Ladd facing Jack Palance in Shane. Tony Curtis declaring that he is Spartacus. My own darkest hour got just that little bit brighter when I watched Morgan Freeman walking across a Mexican beach at the end of The Shawshank Redemption.

One of the reasons we tell ourselves stories is to give ourselves strength. It has always been so. Thousands of years ago, I’m sure people thought of Isis gathering the scattered pieces of her husband, squared their shoulders, and faced what was ahead of them. Eventually, you have to choose to go on—to get busy living or get busy dying, in other words. And sometimes, it’s that tiny bit easier if you can tell yourself a story, or sing yourself a song, about someone who did it before you.

While it would be nice if you contributed to my Patreon or Ko-fi, I’d also like it if you made that little girl’s life easier by contributing to Ukrainian relief in any way you can. 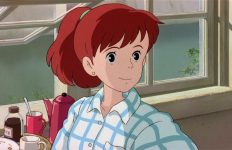 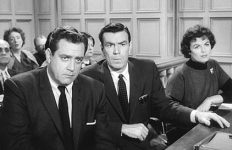 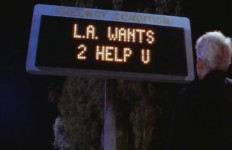 Macaroni and Cheese For the Soul?→