The narrative of Silent Running (1972) is the inverse of The Martian: rather than longing to return to Earth, Freeman Lowell, the protagonist of Silent Running, wants to be anywhere else–even going as far as to deliberately avoid the search party that is trying to bring him back. Throughout the film he plays a cat and mouse game with his rescuers, at times maintaining radio silence (a military strategy that gives the film its title).

Although made only five years before Star Wars (1977), Silent Running could really be from a galaxy far, far away; it features a morally complex and ambiguous world. In the role of Lowell, Bruce Dern does more physical acting in a single scene than Mark Hamill does in the entire running time of Star Wars, and the ending of Silent Running is much more in line with an existential despair verging on nihilism that characterizes mid-70s films such as Chinatown (1974), The Friends of Eddie Coyle (1973), and Mikey and Nicky (1976).

While Star Wars does provide some rather obvious cultural commentary, the brutality of the Empire evoking Nixon and his escalation of the bombing in Vietnam and Cambodia, this commentary only makes us cheer more for the plucky rebels. And the focus on Han Solo and his decision to take up arms for the rebellion reminds us of the more positive existential viewpoint of Rick in Casablanca (1942).

In retrospect, we get the impression that Silent Running  is a very different movie than Star Wars from the very beginning. The news is broadcast that a futuristic space exploration that maintains terrariums containing the last samples of the natural environment from Earth has been ended. For whatever reason, the corporate sponsors, whose logos are prominently displayed on the outside of the spaceship, have backed out.

The other crew members on the ship, aptly titled the Valley Forge, wildly celebrate while Lowell is left speechless. In a heavy-handed order symbolizing the wasteful values of American society, the crew is instructed to destroy all of the terrariums. Lowell then watches in horror as the crew, with almost malicious glee, goes about setting the nuclear charges in the terrariums, juxtaposed with shots of vibrant flora and fauna, including a few really cute bunnies.

Lowell pleads with them not to carry out the orders, but he is rebuffed at every turn. Tempers escalate, and finally he snaps, attacking one of the crew members who retaliates by jabbing a digging tool into his leg. Lowell is, however, more powerful, strangling him to death. This act, while performed with a kind of spontaneous intensity, appears completely logical from Lowell’s  point of view: nature must be saved at all costs. One could also argue that blowing up the terrariums is a much more psychotic act than the killing of two people who actively tried to destroy wild life that never wanted to hurt them at all.

Lowell wastes little time in disposing of his other adversaries. He then limps down the corridor in obvious pain. In a prolonged scene we see his resourcefulness as he programs two robots to perform surgery on him to repair his wounded leg. All of his intelligence, resourcefulness, and resilience does not hide his being, depending on your point of view, either an environmental hero, who even grows his own food, or an antiheroic loner, who covers up the murder of his crew. He appears to idolize the famous hermit, Henry David Thoreau, while seemingly not understanding that, read between the lines, Walden, Thoreau’s famous chronicle, described frequent visits with his friends during his stay at the pond.

Of course, it’s only a matter of time before he receives an official inquiry into his whereabouts. All of the other ships have carried out the orders; Lowell’s ship is the only one with its last terrarium intact. The remainder of the film underplays the suspense in favor of projecting the psychological environment of a man who is long broken before the initial conflict. His survival is dependent upon his preserving the natural world—the only world he feels comfortable in, and that no longer exists on Earth. It forces him, as the rescue mission closes in, to choose to sacrifice his own life in hopes that, after his safely jettisoning the terrarium into deep space, the last functioning robot can take care of it. 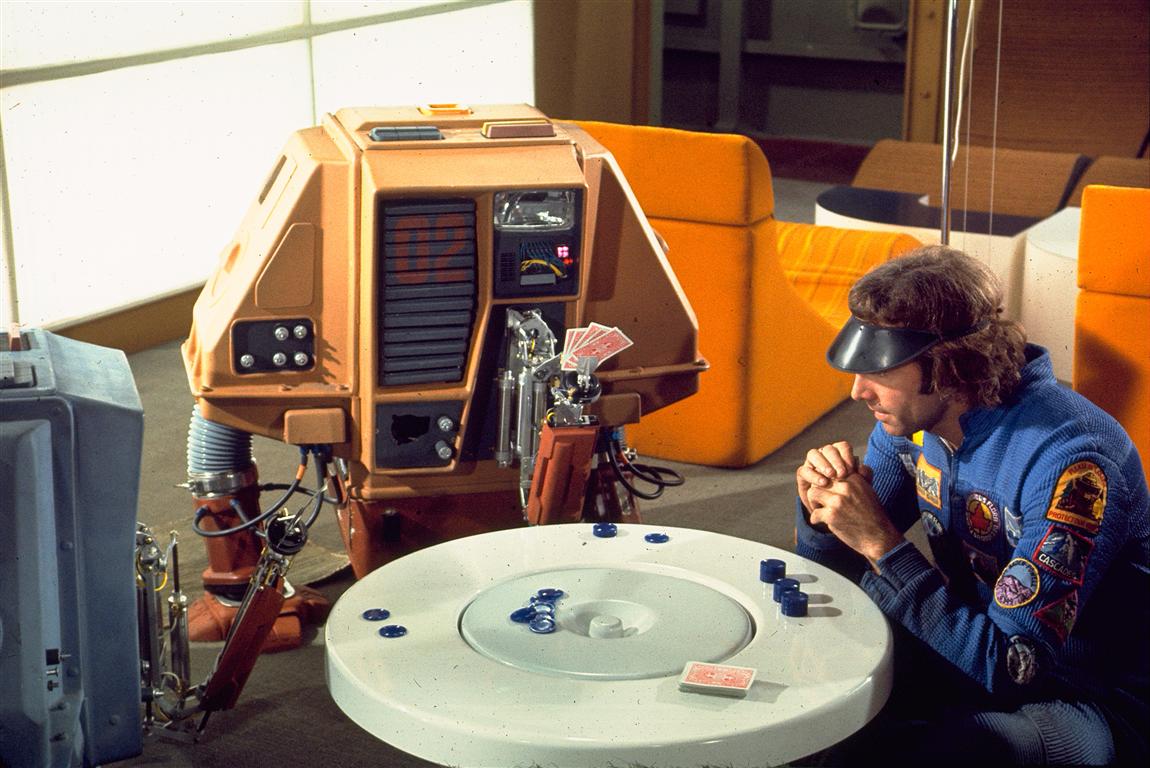 Directed by Douglass Trumbull, who worked on the special effects for 2001: A Space Odyssey, Silent Running is a powerful SF allegory of the beauty of nature and what happens when such beauty is needlessly trashed. Alone, with only his robot helpers to keep him company, Lowell talks to them as if they were human—as if the respect for the environment crosses the boundaries between human and machine. The film makes a compelling case that SF films can convey themes as complex as films set in more conventional places and times.

Yet by the time Star Wars was released, the rules had changed. And, arguably, Star Wars played a crucial role in changing them. For even the most artistically-credentialed 70s directors the success of their movies depended on their following these new rules.

Take William Friedkin, for example: he found this out the hard way when he was determined to buck the trend. Coming off of the massive commercial success of The Exorcist (1973), a film that pulled no punches in its journey to the heart of darkness, he followed this up by with Sorcerer (1977), a remake of  one of the most nihilistic films ever made, The Wages of Fear (1953). Friedkin took this story of doomed laborers racing against time to transport nitroglycerin across an incredibly dangerous jungle landscape and inserted the most sophisticated special effects available.

One image (recounted in Peter Biskind’s comprehensive account of 70s Hollywood, Easy Riders, Raging Bulls) memorably sums up the fate of Friedkin’s crusade against a return to artistic conformity. The editor of Sorcerer made a trailer that would play before Star Wars. He described the trailer as literally being blown off the screen by the cosmic fanfare of the opening credits of Star Wars, saying, “It made our film look like this little, amateurish piece of shit.”

This is thus the great divide that The Martian successfully crosses, its story set in a post-Star Wars world, a perspective from which Silent Running is markedly—even defiantly—on the other side. The closing song may be overwrought and dated, but the film gets at a kind of madness that is more frightening than the fantasies of destroying an imaginary planet: an illusion that we don’t need nature. As we hear cost-benefit analyses of what it will take to slow down the catastrophic effects of climate change, Silent Running is more timely than ever. 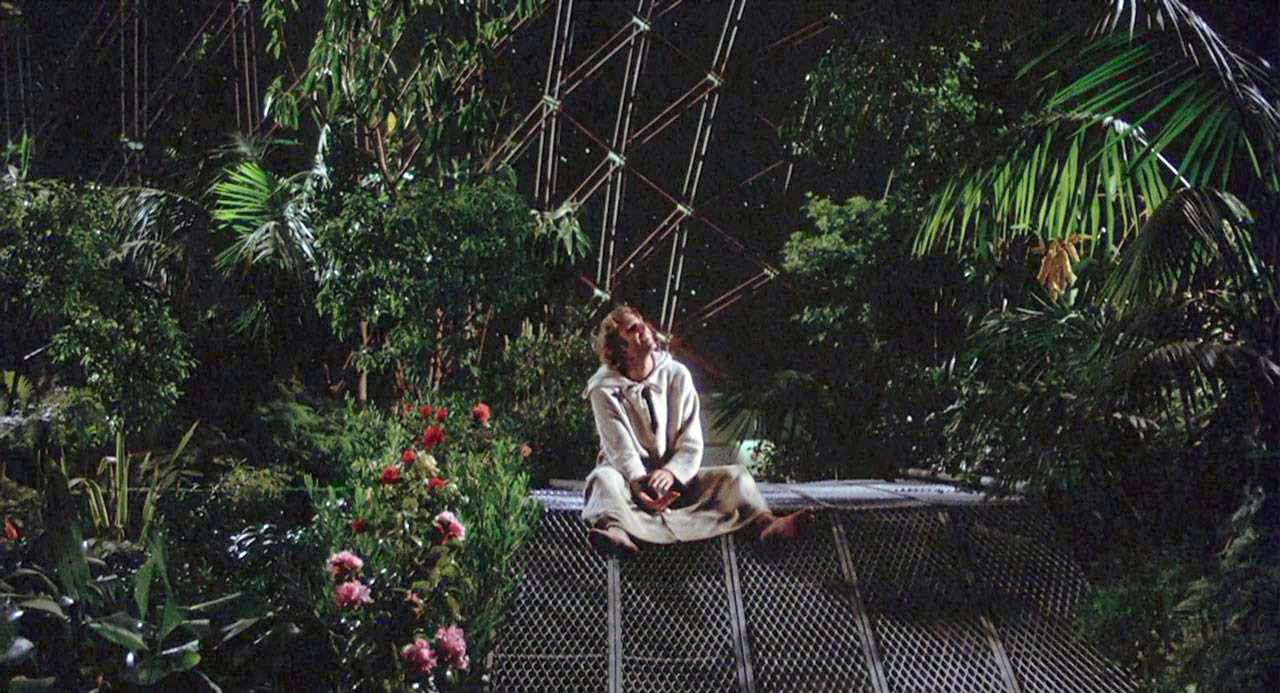