It’s hard for the FAR to stay optimistic these days. Violence and fear, the looming takeover by artificial intelligences, skepticism of good-hearted TV shows, disappointing adaptations of beloved teen books. Some days all you can do is strap your dancin’ shoes.

Thanks to Rosy Fingers for contributing this week, may his themes be less forced and his intro paragraphs never half-assed. Send articles to ploughmanplods [at] gmail, post articles from the past week below for discussion, and Have a Happy Friday!

Afghan filmmaker Sahraa Karimi tells The New Yorker of her quick flight from Kabul as the Taliban entered the city:

On Sunday, I wanted to go to the bank and get cash. I made my coffee and prepared myself: I put on lipstick and a very short dress. I took a taxi. Traffic was bad. At the bank I saw maybe five hundred people. Around fifty were women. You could understand that there was something happening: the bank was full of fear. The teller said, “There is no money—we are waiting for the central bank to send us money.” Suddenly, the gunshots started. And the manager of the bank told me, “The Taliban is inside the city. They’ve surrounded us. You should go home.” He said, “If they know you, they will kill you.” I am well known there. He showed me the back door, and I started to run.

At The Ringer, Alison Herman explores the sudden (and maybe inevitable) backlash against positive comedy Ted Lasso, where the criticism makes sense and where it goes off the rails:

As a critic, I’m more compelled by the idea of disappointment than outright dismissal. It’s an iron law of artistic analysis that you have to take a work on its own terms; even if you’re no fan of sports stories or feel-good sitcoms, Ted Lasso at its best is an effective example of both. (Though one of the justified complaints about Season 2 is that it’s substantially toned down the “sports” side of the story after AFC Richmond’s relegation.) The question is not whether you have to be a monster to not be charmed by the adaptation of an NBC Sports promo bankrolled by a trillion-dollar tech company. It’s why even some who have been charmed could conceivably see the spell broken by a set of strategic blunders.

Video artist Megan Dunn drops an essay about Jean M. Auel’s Clan of the Cave Bear books, her engagement with the subsequent Darryl Hannah film, and the sexual desire of teenage girls:

These first three books of the Earth’s Children series sat snugly side by side in our high school library. Each fat book was a bible of prehistoric possibility. Jean M Auel was a bespectacled lady in her mid-40s when The Valley of Horses became a sex bible for young girls. She knew a fuck of a lot about Jondalar. Her research into early sapiens civilisation was apparently also impeccable. I don’t doubt a second, closer read would yield a different haul. But at the age of 12, “Ayla, Ayla, Jondalar, Jondalar” conveyed more than enough. The heart and loins merged into a few choice syllables. The novels were recommended to me by other virgins desperate to know how to manipulate a manhood. Sexual Intercourse was like an upcoming exam and no one knew how to swot for it. Read a book? It all seemed ridiculous because it was.

But the An American in Paris closing ballet sequence is something else altogether. Utterly convinced of its own brilliance, it lasts for an astonishing seventeen minutes, almost 15% of the film’s total runtime. In it, director Vincente Minnelli takes us through both a history of French impressionist artwork and the embattled relationship between Jerry (Gene Kelly) and Lise (Leslie Caron), the point of which, again, has been pretty well hammered home, since we already watched the rest of the film. Credit where credit’s due, the ballet sequence is unparalleled in terms of scale (it cost MGM half a million dollars to stage and required backdrops that were 300 feet wide) and it’s perhaps the most memorable part of An American in Paris. From a studio known for their extravagance in a decade when elaborately staged movie musicals were at their most popular, the ballet sequence stands out in a class of its own in terms of care and attention to detail.

@auderdy brings us a conversation with Philip Glass where he critiques music created by an AI trained on a corpus of his own work:

What I am impressed with is the fact that the machine doesn’t make judgments that we make. We may say, “Oh, that’s a nice part. Can I hear that again?” The machine doesn’t do that, but as a composer, you do do that. The weakness of the piece is that no one is listening to it. But this is a very important part. This is the difference between machines and people. We have memory, we have preferences. We say, “I’d like to hear that again.” Machine doesn’t make judgments like that. All the machine is doing is putting out variations of what it did at the beginning–that in itself will not make a piece of music satisfying. What makes it satisfying is the way we hear it and the way we remember it and what we anticipate and when we hear the themes, the major themes, do we hear them again. 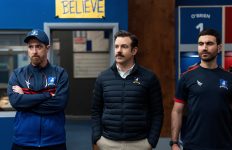 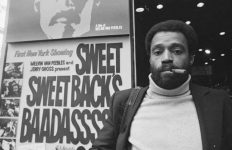