This Week We Gin Up Controversy In:

A non-controversial opinion: scb0212 and Miller are great for contributing this week. Send articles throughout the next week to ploughmanplods [at] gmail, post articles from the past week below for discussion, and Have a Happy Friday!

Could CODA be on the precipice of an unprecedented Oscar Best Picture win? Longtime Awards Daily writer Sasha Stone makes sense of the emotional underpinnings of the Academy Awards:

Now, the streaming services are like the big studios once were, or at least they are trying to be. Winning an Oscar for them would be the same motivator for a big studio back when box office and clout mattered. It is that eternal male ego once represented by the soccer trophy on the shelf. Since there is no box office to be measured this year, we have only emotion, only what defines this industry right now in 2022. They are an industry living through a climate of fear. It isn’t only their jobs on the line, it’s their relevance. It’s trying to somehow hold onto power and control when it is all slipping away. YouTubers and TikTok influencers are beginning to dominate. Hollywood studios are afraid of what is happening politically, globally, and in each of our own lives. It is a time of instability. That makes it less of a time to rally a consensus around something difficult or painful, and more of a time to rally around something calming and reassuring, something that makes the world feel like a better place full of good people doing good things.

They should have told ABC to go fuck itself and sold the show to someone else. It’s an insult to those categories’ nominees that their awards will be presented while the red carpet is still going on and people are going in and out of the room. And for what? To have more time to show clips from superhero movies and give out a Twitter award? On top of all this, members can’t even go to the show anymore — they’re not doing the lottery this year — and yet the Academy’s parking attendant gets seats every year. A lot of members are extremely unhappy and are exploring the possibility of a class-action lawsuit. This is not what we signed up for.

For The New York Times, Jason Bailey looks at 1992’s Basic Instinct, and finds it can still raise the hackles:

Without the dazzle of Stone’s performance, there’s not much of lasting worth in “Basic Instinct.” It’s so overwrought in its execution — the showiness of Jan de Bont’s camerawork, the thundering strings of Jerry Goldsmith’s score, the absurd plotting of the Eszterhas screenplay — that it almost plays like a goof. (And maybe it is; many critics, then and now, missed the satirical angles of Verhoeven’s dystopian sci-fi films “RoboCop” and “Starship Troopers.”) In the film’s embrace and amplification of the conventions of suspense thrillers, Verhoeven steps into the “Dressed to Kill” director Brian De Palma’s territory. But like De Palma, Verhoeven has some trouble overcoming the ugliest aspects of his story.

David Marchese gets answers – and even provokes a blush! – from John Waters with questions about his debut novel, his past controversial deeds, and his prescription for making statements with humor today:

The main difference, though, is when I was young — and I hate people that say that; it means you’re old — we used political incorrectness as a weapon against our enemies, but we made fun of ourselves first. The trigger-warning crowd does not make fun. I’m actually for going further: We should have fecal mobs go out and perform turd terrorism to prove that we’re serious about policing pronouns. The Jan. 6 people, they [expletive] in Nancy Pelosi’s office. So maybe we should go even crazier politically correct the other way and have fecal flash mobs going out there.

What do you mean? Malls that didn’t have nonbinary reindeer for Christmas: You leave an upper decker. That’s when you —

I know what an upper decker is.

And at Input, S.I. Rosenbaum investigates the man who invented a language program for learning the Torah, and what happened after he died:

I can’t quite describe that voice. I first heard it played to me over the phone from a copy that hadn’t yet ceased to function. It was a voice unlike any I’d ever heard: not human but made by humans, generated by a piece of computer code dating to the 1980s, singing words of a text from the Bronze Age in a cadence handed down, from one singer to another, over thousands of years. TropeTrainer was software that had been taught to sing the words of God. Then it went silent. 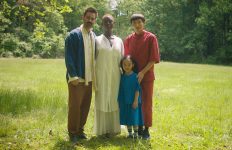 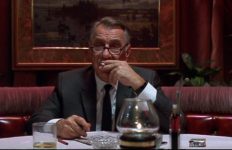 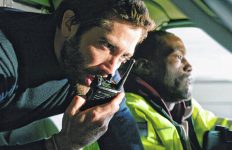