The FAR invites you to pull up a chair, choose a cigar, put on your listening ears and be regaled by actors, producers, actor-producers, a blues artist and a sci-fi writer.

Thanks to Miller and Casper for contributing this week, they each get an extra pour of brandy. Send articles through the next week to ploughmanplods [at] gmail, post articles from the past week below for discussion and Have a Happy Friday!

Walton Goggins, an actor of some renown, tells Danette Chavez at the AV Club about working on the new season of The Unicorn:

I don’t know how these things work out. I think with The Shield, Shawn Ryan had no idea what that was going to be. He just wrote a pilot. Elmore Leonard wrote Justified with Graham [Yost], and he had no idea. Boyd Crowder wasn’t even in his world. But sometimes you change based on the people that are saying the words and the situations that you come up with. That type of storytelling just kind of evolves.

The irascible and irresistible George Clooney resurfaces and talks to Zach Baron at GQ about his marriage, his evolution as (and from being) an actor, and the time he gave a million bucks cash to 14 of his friends:

Clooney did some research, and what he found was that in downtown Los Angeles, in an undisclosed location, there is a place you can go, “and they have giant pallets of cash.” So Clooney got an old beat-up van that said “Florist” on it, like he was in a heist movie, and he drove downtown, and he got in an elevator with the florist’s van, and he took the van down to the vault and loaded it up with cash. He told no one but his assistant “and a couple of security guys that were shitting themselves.” […] The next day he had all his friends come over. “And I just held up a map and I just pointed to all the places I got to go in the world and all the things I’ve gotten to see because of them. And I said, ‘How do you repay people like that?’ And I said, ‘Oh, well: How about a million bucks?’

Gemma Gracewood at the Letterboxd newsroom interviews Malin Åkerman about producing her new film Chick Fight and the catharsis of kicking ass:

Chick Fight, on the other hand, fits neatly in the Åkerman universe—a breezy comedy that balances silly training montages with meatier questions. While above ground, it looks like a classic comedy, the underground cage fights are filmed at high-speed to allow for the visceral, glossy slow-mo shots that come part-and-parcel with today’s movie fights—roundhouse kicks, fists meeting bones, spit and blood flying—and sound effects to match. “That guttural, animal instinct is so amazing to be able to release,” Åkerman enthuses.

[Thomas] said “representation” in the genre goes beyond the identities assigned to the characters in stories, and imprints itself into the processes of making and experiencing art. “As writers, editors and readers, we bring who we are to every page,” she said, pointing out that one of the most familiar themes in science fiction — the “first contact” story, depicting the historic meeting of humans and aliens — has different resonance for different readers, and has been likened by cultural critics to representations of the first meetings of Europeans and Africans or Native Americans. “Reaching back to the transatlantic slave trade, being Black is like a ‘first contact’ story,” she said.

And finally, for Pitchfork, Sam Sodomsky looks at a lost John Lee Hooker classic of suffering:

“When everything clicks, it is like falling into a trance. “Country Boy” is an eerie story-song whose narrative might take place during the same travelogue from “That’s My Story.” A man trudges between towns, late at night, in the dead of winter. As Hooker accentuates his lyrics with incidental flourishes high up the neck of his guitar, the rhythm section follows steadily like snow from a dark sky. Hooker sings about lying down from exhaustion on the highway; the band seems to know how he feels.” 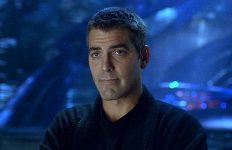