Life favors the image, as in cartoons (moving and static). Or maybe it’s language in the prime spot – songwriting and the naming of things, so forth. We’ll give you both while we sort it out!

Thanks to scb0212 and Casper for contributing this week, may they enjoy sturdy houses of bricks. Send articles throughout the next week to ploughmanplods [at] gmail, post articles from the past week below for discussion, and Have a Happy Friday!

Vulture provides an exhaustive list of the 100 most influential animation sequences in history, from Gertie the Dinosaur to Stephen Universe:

Three Little Pigs (1933) […] As drawn by Norm Ferguson, perhaps best known as the creator of Mickey’s dog Pluto, the Big Bad Wolf was a benchmark in terms of character animation. Chuck Jones commented that the film made him realize “something was happening there that hadn’t happened before.” Jones said that it showcased a major principle in character animation, that “it wasn’t how a character looked but how he moved that determined his personality.” He even argued that character animation truly began with the film.

*And to loop(er) around to a prior article on animation history, don’t forget our own Sam Scott’s rundown of the history of Looney Tunes.

In the lead-up to the release of American Utopia on HBO, David Byrne talks to Time‘s Belinda Luscombe about the show, his past work and his inability to write any songs since the start of the pandemic:

“This has been hard. I’ve been asking myself, How do you respond to this in a song? I can’t ignore it; I can’t just write a bunch of songs, as if everything in the last couple of years didn’t happen. You have to acknowledge it, and I don’t quite know how to do that yet, in a way that doesn’t feel preachy.”

At Crooked Marquee Chelsea Spear examines two recent docs on punk rock women – Suzy Q and The Go-Go’s – and how they compare to earlier retrospectives:

If Hit So Hard subverts the rockumentary format by shuffling the sequence a bit, The Punk Singer (2012) allows its subject to offer a running commentary on the narrative we’ve come to expect from these kinds of films. Compared to era-defining rock stars like Courtney Love, Bikini Kill singer and activist Kathleen Hanna is the kind of cult figure who benefits from the traditional narrative.

Aisling McCrea for Current Affairs connects the cartoon logic of Scott Adams that made Dilbert a hit and informs his more recent MAGA identity (includes a comic where Matt Lubchansky out-Dilberts the original):

This type of glib quasi-logic works really well in comedy, especially in a format where space is restricted, and where the quick, disposable nature of the strip limits your ability to draw humor from character and plot. You take an idea, find a way to subvert or deconstruct it, and you get an absurd result. In Dilbert the Pointy-haired Boss uses this type of thinking to evil ends, in the tradition of Catch-22 and other satires of systemic brutality, but the relatable characters use it to their advantage too—by using intellectual sleight of hand with the boss to justify doing less work, or by finding clever ways to look busy when they’re not, or to avoid people who are unpleasant to be around. The world of Dilbert is entirely built around this surface-level rhetorical play, which works great for a throwaway comic, and would have stayed great if Adams had kept them there.

At The Paris Review, Lulu Miller contemplates the thin barrier language builds between us and and the terrifying unknown – and what happens when that barrier cracks:

A few weeks ago, I sat in the park, under a heavy beam of wood that could kill me in an instant. But I trusted it wouldn’t, because I had named that thing branch. In that same park, I watched a man, face twisted, run hard in my direction. But I trusted he would not kill me, was not running from a thing that might kill me, because I named him jogger. In that same park, dozens of ten-ton death machines whizzed by. I named them truck. I named the flat ribbon of asphalt road, and in road I trusted. With each word comes a false set of assurances. That now you know how it will behave. 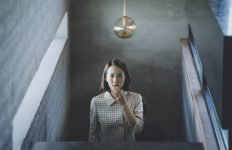 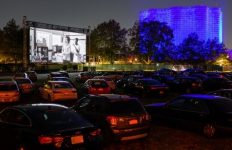 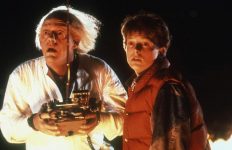