This week You Will Learn:

No redemption needed for Drunk Napoleon, scb0212, Miller, and Casper – thanks for contributing this week! Send articles throughout the next week to ploughmanplods [at] gmail, post articles from the past week below for discussion, and Have a Happy Friday!

For Certified Forgotten, beloved Soluter C.M. Crockford resurrects 2001’s Dagon as a worthy adaptation of H.P. Lovecraft and a harbinger of the horror trends to come:

Though it bears the name of another Lovecraft short story, Dagon is an adaptation of “The Shadow Over Innsmouth.” Gordon adapts the story freely—switching the location from New England to Spanish Imboca and altering several important events—but the tableau remains the same: a decrepit, rainy small town whose inhabitants have become fish-human hybrids. Much like Gordon’s previous Lovecraft films, the movie still has copious amounts of violence and sex. Dagon even has a bloody flaying that goes far beyond anything on Game Of Thrones. But what makes Dagon unique is how it captures the raw fatalism inherent to Lovecraft’s work. More than Gordon’s other movies, this one is about a broken person coming to recognize his alluring, inevitable destiny.

Critic Roderik Heath goes very long on Michael Mann’s much-maligned The Keep, arguing for it as a misunderstood masterpiece going for a universal yet specific effect:

When, for his second film, Mann chose to make a Horror movie, he took a similarly essentialist approach, trying to make a movie describing the idea of a Horror movie as much as the thing itself. He stripped out almost all of the background lore of Wilson’s novel and trying to convey a sense of dread and lurking menace through careful visualisation, to make a fable of pure menace and mood… The Keep itself is hardly glimpsed apart from the looming grey gateway, with only two proper wide exterior shots of the structure in the whole film. This approach lets Mann skirt location and special effects shortfalls, of course, but also conditions the viewer to a zone unmoored from any sure sense of geography and spatial stability.

At The Bulwark, Bill Ryan makes the case for the bleaker visions of writer Thomas Ligotti:

Ligotti’s own crushingly black view on existence itself leads him to a style that suggests the society of man—no matter what it does or how it deludes itself—is forever up against an essential uselessness, an essential horror, inherent to real life from which one can only find distraction through fantasy. In “Professor Nobody’s Little Lectures on Supernatural Horrors” from Songs of a Dead Dreamer, Ligotti describes the act of birth as “having been stolen from nonexistence.” In that same piece (though found in a story collection, it really is an essay), he writes of the horror genre itself: “The vampire may symbolize our horror of both life and death, but none of us has ever been uprooted by a symbol.” To Ligotti, the vast majority of horror fiction is no less of a comforting fantasy than escapist thrillers meant to be read on a beach, in the shade of an umbrella.

The Guardian‘s Anne Billson imagines a melee brawl between one-on-one matchups and ranks the best duels in cinema history:

2. Sanjuro vs Hanbei in Sanjuro (1962): In another of Kurosawa’s minimalist but thrilling duels, Toshiro Mifune and Tatsuya Nakadai stare at each other for what seems like hours before matters are settled with a single rotating draw that sword fight fans never tire of analysing. The blood was a pressurised mixture of chocolate syrup and carbonated water; the hidden mechanism reportedly malfunctioned, with geyser-like results.

At Jezebel, Tracy Clark-Flory discusses Reddit’s Female Dating Strategy and how keeping its opposition closer has emphasized their commonalities:

These parallels are by design: FDS was started in reaction to the notorious men’s right subreddit The Red Pill. But the deepest similarity between FDS and the broader manosphere is more than winking acronymic references and romantic strategizing. Both perceive the world as unjust, only from drastically different perspectives: either tilting in women’s or men’s favor. In both cases, that unfairness, the rigged game of it all, is used to justify an unapologetically selfish approach that strategically controls and exploits other people.

And the “Cat People” short story controversy has a sequel, and like the best sequels it’s louder and weirder than the original. Robert Kolker follows the twists and turns at The New York Times Magazine:

When it comes to literary success, the stakes can be pretty low — a fellowship or residency here, a short story published there. But it seemed as if Larson was having the sort of writing life that Dorland once dreamed of having. After many years, Dorland, still teaching, had yet to be published. But to an extent that she once had a writing community, GrubStreet was it. And Larson was, she believed, a close friend. 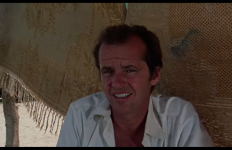 Year of the Month: James Williams on MIAMI VICE→ 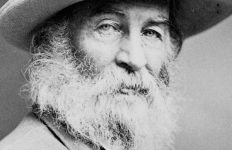