This Week We Feature Personal Takes On:

Objectively, scb0212, Miller, and Ruck Cohlchez all made invaluable contributions. Send articles throughout the next week to ploughmanplods [at] gmail, post articles from the past week below for discussion, and Have a Happy Friday!

“Someone actually said to me, ‘We’re the studio that makes Star Trek!’” Anderson recalled with a grin on his face. “They weren’t only horrified by my movie; they felt I was besmirching ‘Star Trek’ somehow, because I was also in space and doing all this terrible stuff.”

Juan Barquin slams They/Them for its lazy representation at Into:

[John] Logan’s script seems to believe that simply allowing its queer protagonists to live while killing off its “villains” is groundbreaking in its own right, but there’s no weight to survival or death in this film. The young cast has no personality whatsoever, a collection of queer people that play into the kinds of stereotypes one might find in any given slasher from the past. Theo Germaine (whose work on Work in Progress is nothing short of stunning), the closest thing to a leading role as the sort-of-ensemble piece has, is saddled with the film’s worst writing and not an ounce of direction. The absolute blank slate of a human being that is Jordan would be the worst part of They/Them if it wasn’t also a film that accidentally plays into transphobic and homophobic tropes⁠—even going as far as having one of its queer characters exist as nothing more than a “trap” for the others.

The Hollywood Reporter‘s Mikey O’Connell interviews Steve Martin about his recent late-career resurgence with Only Murders in the Building and his shows with Martin Short:

Whether alone or joined by one of his assorted serial collaborators, Martin acknowledges that this boom time may be an unexpected crescendo to a career that, a few years back, was starting to slow down. “We were very happy just doing the live show,” Martin says. “There may be a natural end to that — somebody gets sick, somebody just wears out — but I wouldn’t do it without Marty. When this television show is done, I’m not going to seek others. I’m not going to seek other movies. I don’t want to do cameos. This is, weirdly, it.”

At The New Yorker, Mike Sacks talks with Mike Judge about work and art and comedy:

“I’m a huge Three Stooges fan. It’s interesting to me that when film first had sound, it didn’t take long for people to realize that possibly the best use of that technology was just somebody smacking another person in the head. I’m always arguing with sound mixers about this, because now they layer all the sounds, and it’s funnier when it’s one pure, distinct sound like the Three Stooges had, which is probably just some guy sitting there with a coconut or smacking something. Those sounds are hard to beat. But they now have the ability to layer twenty different sounds, and it ends up being one big, mushy, meaningless, loud sound.”

From the infinite variance of the world, we get the curated. Fielder is director as God, manifesting the contractions of the boundless. It’s meta on top of meta, and it only gets more pronounced the further from the original article we go. Actors play other people — and eventually other actors — becoming less attuned to the reality of their “primaries,” even as they try for verisimilitude by entering their jobs and reproductions of their homes. It’s a paradoxical hyperreality, a mad method where people truly try to live as others and largely fail to.

And Bob Smietana at Religion News Service looks at an unauthorized production of Hamilton and other church reworkings of popular musicals:

The most extreme example … is the “Re-Sound of Music,” a reworking of “The Sound of Music” to promote the polygamist beliefs of the Fundamentalist Church of Jesus Christ of Latter-Day Saints. That music, which still exists online, turns a song called “You Two,” originally sung by a father to his children in the movie version of “Chitty Chitty Bang Bang” into a polygamist anthem. A Canadian church is also known for creating Christian-themed plays based on popular movies and musicals, including one called “The Passion of the Iron Man,” in which the Marvel hero is crucified while the villainous Loki sings R.E.M.’s “The End of the World as We Know It.” 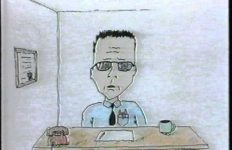 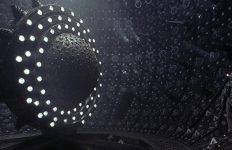 Film on the Internet: EVENT HORIZON on Netflix→