American pop culture loves to dig up popular things from the past so it shouldn’t be surprising to see stuff from the 1990s like Pokemon come back in modern forms attempting to capitalize on nostalgia. Even with that being such a go-to method for printing money, though, who would have thought that the 1990’s craze of live-action dog family movies, sometimes featuring dogs “speaking” by way of celebrity voice-overs, would be making such a resurgence at the tail end of the 2010’s? After lying dormant for most of this decade, 2019 has delivered three new entries (including this Friday’s A Dog’s Journey) in this subgenre and it’s doubtful they’ll be the last modern-day entries in this genre.

Of course, it’s not like this trend has only existed in the modern era and 1990s. Hollywood has always loved to put dogs in family movies and then make a quick buck certainly. Disney especially made plenty of cash off titles like The Shaggy Dog and Old Yeller back in the 1950s and the 1960s while a slew of Benji movies were made throughout the 1970s and 1980s. This subgenre gained renewed popularity in the first few years of the 1990s when the first two Beethoven movies and Homeward Bound: The Journey Home became surprise box office smashes. Of course, those two were left in the dust by 101 Dalmations in 1996, which figured out that putting a whole bunch of dalmatian puppies together with Glenn Close is a recipe for box office glory.

In the wake of 101 Dalmatians, the 1990s got to close out with a whole slew of live-action family movies fixated on doggies. None of them managed to come even close to the success of 101 Dalmatians, though some that came up short at the box office, like Air Bud, managed to make enough of an impression on home video to end up earning numerous direct-to-video sequels. Despite suffering box office setbacks in the late 1990s. the trend managed to continue into the first few years of the 21st-century with titles like My Dog Skip and Snow Dogs before drastically dropping off in prominence, though a handful of late 2000s titles like Beverly Hills Chihuahua and Eight Below managed to keep the subgenre around before it outright vanished in the 2010s.

What made dog movies go from top dog to the doghouse? It doesn’t take a doggone genius to figure that one out. Live-action family movies centered on dogs were already struggling at the box office in the late 1990s early 2000s box office non-starters like 102 Dalmatians and Good Boy! only compounded the problems facing this realm of family cinema. Hollywood wasn’t making as much money with 21st-century entries in this subgenre so they moved on to aping other types of family movies that were making cash in the modern era, namely, Alvin and the Chipmunks. Did any of the dogs in the Air Bud saga manage to sing covers of Bad Day by Daniel Powter like Alvin and his furry brethren did? I thought not. That’s what separates the box office kings from the box office paupers.

Thus, live-action dog family movies went on hiatus until January 2017s A Dog’s Purpose, which grossed a whopping $205 million worldwide, including $88 million from China. Suddenly, the ears of Hollywood executives perked up like the ears of dogs hearing dog whistles. The live-action dog family movie went from being taboo to being Hollywoods new best friend overnight. Suddenly, 2019 was inundated with these types of films, including A Dog’s Way Home A.K.A. The One Where The Dog Really Likes Cheese and this coming Friday’s A Dog’s Journey, which continues the saga of A Dog’s Purpose by way of having that poor dog die a whole bunch more times. Can’t that Josh Gad-voiced dog just get some rest?

Hollywood may have briefly hit the paws button on its fascination with live-action dog family movies, but it’s certainly re-embraced this subgenre with a passion that’ll continue well into next year which will see the release of a live-action Clifford the Big Red Dog movie and a live-action Call of the Wild movie told through the perspective of a dog protagonist. I’m sure further A Dog’s Purpose adventures involving Dennis Quaid being the one human being aware that his dog can Sense8 itself into new bodies are also around the corner and I’d be shocked if we didn’t get some kind of Air Bud reboot down the line. Hopefully, if this resurgence delivers anything, it can give us more live-action movies starring pugs. Just you look at this pug puppy and tell me that isn’t movie star material! 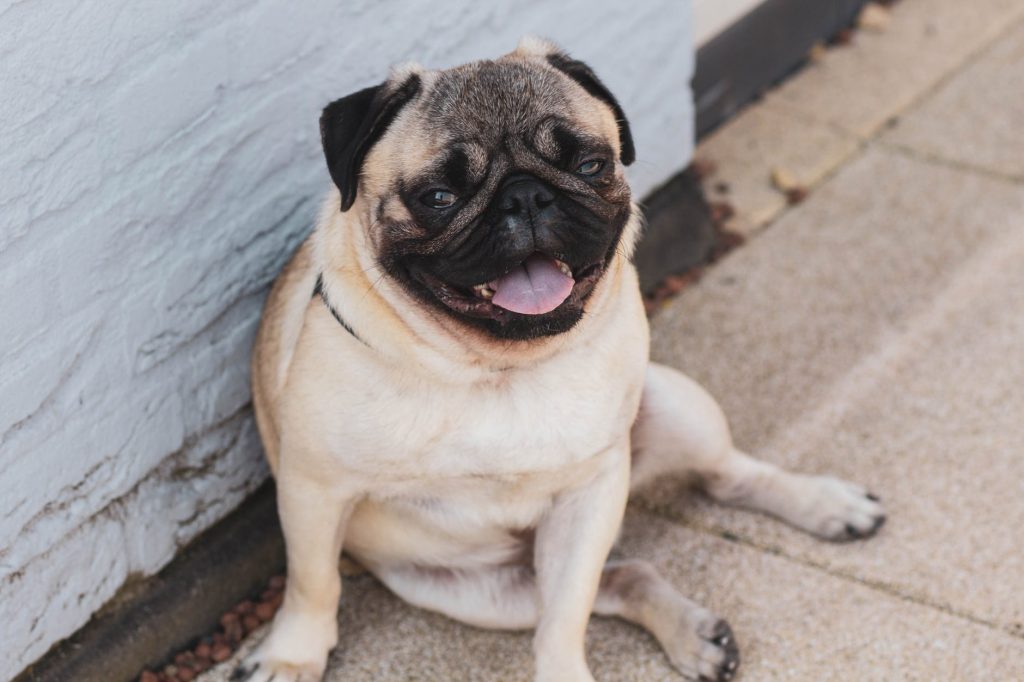